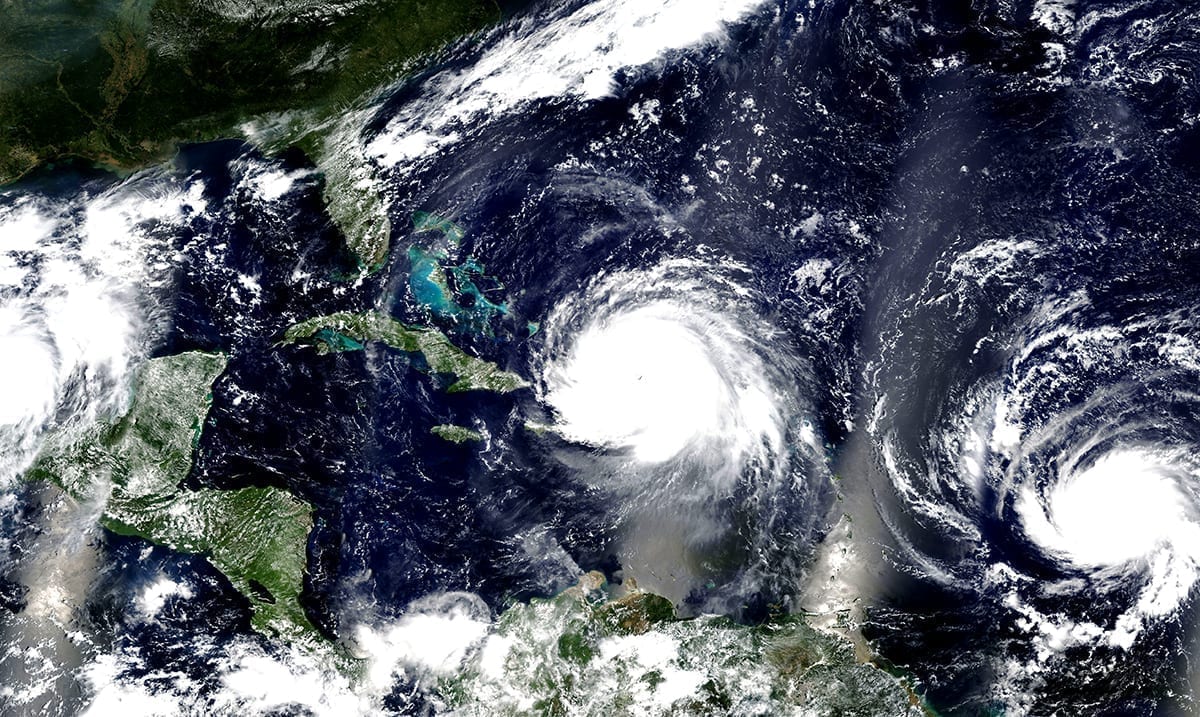 Recently, Colorado State University has released predictions for sixteen named storms, eight hurricanes, and more in 2020. Four of those eight hurricanes are expected to become ‘major storms’ and with hurricane season well on its way this is interesting to be aware of.

According to CNN, these four storms will likely become major and reach categories of at least three or more. That meaning their winds will be over a hundred miles per hour. They also noted that the chance at least one of these major hurricanes will reach land in 2020 here in the US on our coastline was and is sitting at sixty-nine percent.

CSU wrote as follows on these storms/hurricanes in their forecast/report:

The CSU Tropical Meteorology Project team is predicting 16 named storms during the Atlantic hurricane season, which runs from June 1 to November 30. Of those, researchers expect eight to become hurricanes and four to reach major hurricane strength (Saffir/Simpson category 3-4-5) with sustained winds of 111 miles per hour or greater.

The team bases its forecasts on a statistical model, as well as two new models that use a combination of statistical information and forecasts from dynamical models from the UK Met Office and the European Centre for Medium-Range Weather Forecasts. These models are built on 25-40 years of historical hurricane seasons and evaluate conditions including: Atlantic sea surface temperatures, sea level pressures, vertical wind shear levels (the change in wind direction and speed with height in the atmosphere), El Niño (warming of waters in the central and eastern tropical Pacific), and other factors.

The team predicts that 2020 hurricane activity will be about 140 percent of the average season. By comparison, 2019’s hurricane activity was about 120 percent of the average season. The 2019 season was most notable for Hurricane Dorian which devastated the northwestern Bahamas and for Tropical Storm Imelda which caused tremendous flooding in portions of southeast Texas.

The CSU team will issue forecast updates on June 4, July 7 and August 6.

Those who worked on this forecast seem quite confident in their findings as CNN mentioned and this really puts just how above-average’ this hurricane season will be. While this is no reason to be alarmed just yet, it is quite intense to think about.

Hurricane season comes every year and the more we are able to accurately predict it and how these storms act the better. In time, we will be able to make predictions long before the storms actually form. I know, it might not sound like much but this as a whole could end up telling us so much in the future. Do you think these predictions are accurate?