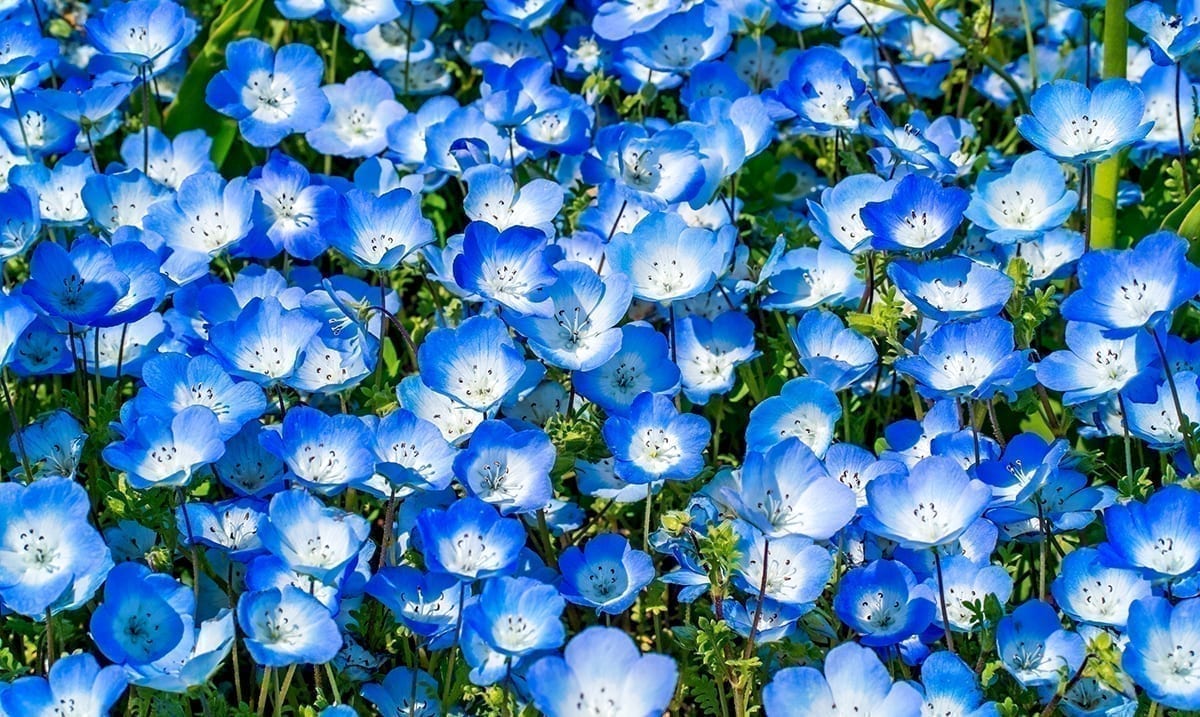 Every year around this time around 4.5 million blue flowers come out to greet those who visit this Hitachi Seaside Park. All of the green turns into an ocean of blue and yes, it’s mesmerizing.

The period during which these flowers first bloom each year is called ‘Neophilia Harmony’ and it usually occurs in April. These flowers are called Nemophila flowers, and they consist of about ten different species. However, most people just refer to them as baby blue eyes because well, as you can see they look quite like baby blue eyes. In Japan people from all over come each year to see these captivating flowers in all of their glory and with good reason.

The Hitachi Seaside Park is located in Ibaraki prefecture and while it usually features tons of different kinds of flowers throughout the year, the baby blue eyes are truly something else. From late April to mid-May, these beauties are quite prominent and truly just as magical as you’d expect them to be.

As you can see in the photographs below, throughout the years these blue flowers seem to be everywhere during this period and while they are only present for a short while, they leave lasting impressions on those who see them. I for one would die to see this kind of thing in person.

About these flowers Kitachi Kaihin wrote on their website as follows:

Known as Rurikarakusa in Japanese, nemophila is an annual herb native to North America. The plant grows up to 20cm tall and produces flowers between 2 – 3cm in size. The small flowers mean nemophila usually plays a supporting role in gardens but at Hitachi Seaside Park the sheer number of flowers creates an almost neverending sea of blue that flows seamlessly into the blue Spring skies.

To get an even better view of this beautiful event check out the video below. How would you feel seeing this kind of thing in person? I’m sure it would blow most people away.