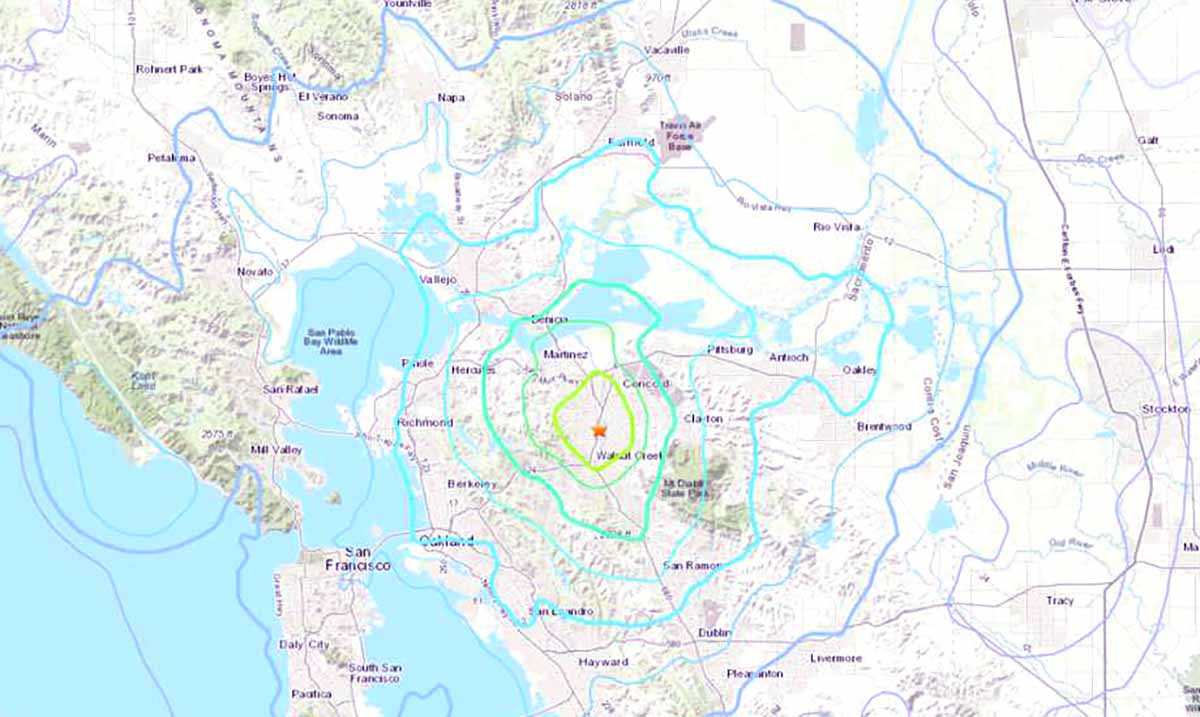 By Gerald Sinclair September 20, 2020 No Comments

Here in the US, we’re going through a lot right now. We’ve got hurricanes, COVID-19, wildfires and well now we can add earthquakes into the mix.

According to Fox News, an earthquake happened in recent times near the site of a powerful quake that happened back in 1987. That 1987 quake was a 5.9 magnitude and actually killed several people but luckily this time around the quake people ended up feeling was smaller in magnitude and as far as we know claimed no lives. This recent quake is said to have occurred just before midnight on Friday and measured around 4.5 in magnitude.

The Los Angeles Times has reported that there were no immediate reports of serious damage or injuries but it was a quake that many felt. It was not just something you could ignore for the most part and as you’d expect was also followed by several smaller waves which we know to be aftershock. For southern California, this kind of thing happens from time to time but that doesn’t mean it’s not important to be aware of.

What a jolt! We felt it too. No need to call 9-1-1 unless you have an emergency.

No damage or injuries reported so far. https://t.co/QATlFKleIi

ABC 7 reported as follows on this quake:

An earthquake with a preliminary magnitude of 4.5 rattled Southern California Friday night, hitting near South El Monte with shaking felt in a wide swath of the region.

The USGS says the quake struck less than two miles west-southwest of South El Monte at 11:38 p.m., with a depth of about 10 miles.

Seismologist Dr. Lucy Jones told Eyewitness News the quake was similar in type and location to the deadly 1987 Whittier-Narrows quake which had a magnitude of 5.9. But this one was much smaller in power.

She added that there were at least two aftershocks, measuring 2.1 and 1.6. She also said there is a 5% chance that it was a foreshock to a larger quake.

There is also about a 50% chance of additional small aftershocks within the next 24 hours, she said.

The earthquake was initially estimated at 4.8, then downgraded to 4.6 and then to 4.5.

A shake map produced by the USGS indicates the rattling was felt south to San Diego, north to Santa Barbara, and east well out into the Inland Empire and the Mojave Desert, as well as off the coast on Catalina and Santa Cruz islands.

⚠️ #Earthquake ⚠️ Felt Widely in #LosAngeles. Prepare Now For Aftershocks. If Inside When Shaking Starts: DROP, COVER, HOLD ON! Protect Your Head + Neck While Taking Cover Under Sturdy Furniture or Near a Sturdy Interior Wall, Away From Windows and Doorways Until Shaking Stops.

The areas in which this quake affected are seismically active overall and some are actually considered a bit dangerous. All of that having been said, it seems everyone is fine and things went over quite well considering what could happen in situations like this. Have you ever experienced an earthquake and what did it feel like? I for one would probably be shaking in my boots, that’s for sure.