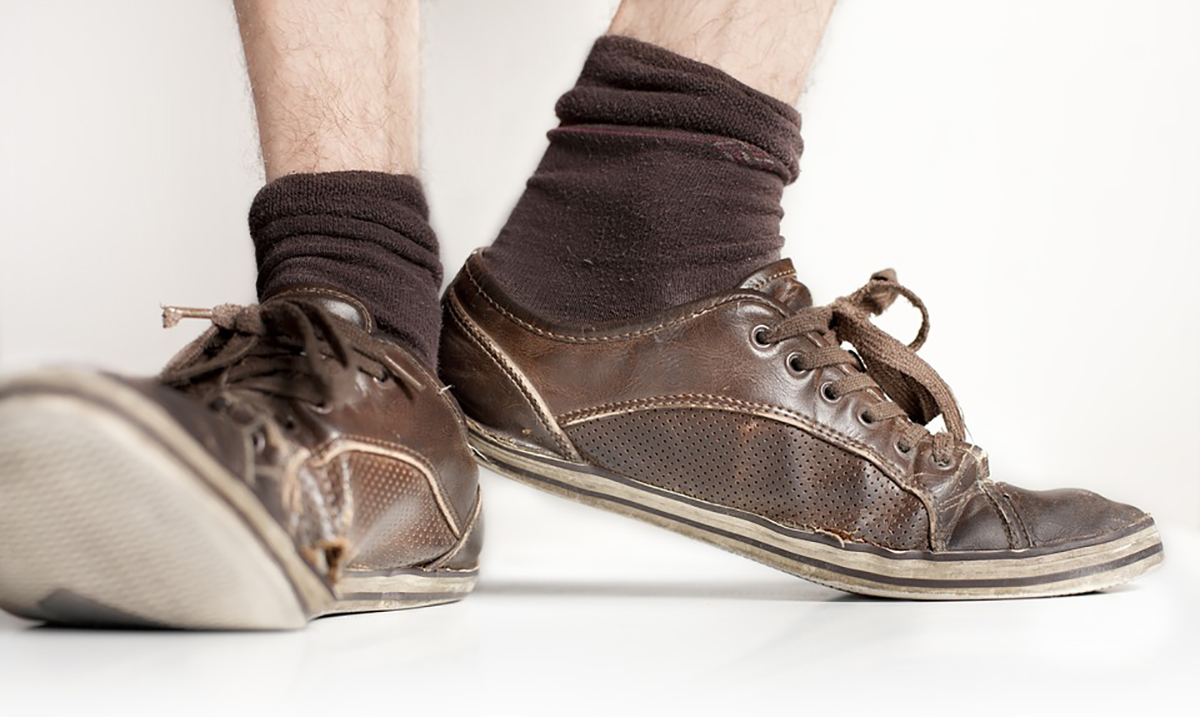 By Gerald Sinclair December 18, 2018 No Comments

While a lot of people think smelly socks are funny, apparently they can be deadly. If you’ve ever jokingly made someone sniff your socks before, you might never want to do it again after reading this.

A Chinese newspaper called Fujian Daily recently reported on a situation that most people will find hard to believe. A man referred to as ‘Peng’ was admitted to a hospital for a fungal infection in his lungs and how he got it is quite surprising. Apparently, this man was addicted to sniffing his stinky socks.

‘Peng‘ would sniff his smelly socks every day after work to the extent that the spores of fungi from his feet made their way into his lungs. He had literally caught an infection from his socks. He was experiencing chest pain and had a very bad cough. The sock sniffing coupled with a weakened immune system really took its toll on ‘Peng’.

This man was kept in the hospital for treatment and while a quick sniff won’t do you any harm you shouldn’t be giving your dirty socks much if any time in your face. Luckily this man is expected to make a full recovery we do not know if he will stop sniffing his socks or not. While you might not realize it, apparently there are a lot of people out there in this world who sniff their socks frequently without considering these kinds of risks.

This whole story has gone quite viral and many are taking into consideration what effects sniffing their socks might be having on them so it is bringing awareness to a serious topic. When you think of fungal infections you most likely rarely ever consider the idea that they can be in the lungs. Things like this happen quite often though most are not due to sniffing socks. You can come down with a fungal lung infection if you are near spores without wearing a proper face mask so even cleaning a chicken coop could be more than enough to cause this kind of thing.

While there are tons of different kinds of fungal infections that a person can have or come down with, those in our lungs are quite dangerous. Some symptoms associated are coughing, fever, chest pain, and muscle aches. It acts in some ways a bit like asthma and can literally leave you breathless.

When it comes to diagnosing this kind of thing you’d need a chest X-ray, perhaps blood cultures (in some cases), sputum sampling, and several other things. Treatment is not necessarily too terrible but isn’t fun either. If you don’t catch them soon enough they could require long-term special treatment and turn into quite the headache.

While you don’t hear about people getting fungal infections from their socks often it should serve as a good reminder that sometimes things we think are harmless can turn out to be quite damning. To learn more about fungal lung infections, in general, please feel free to check out the video below. While not much is known about ‘Peng’, we do hope he recovers well and is able to keep his sock sniffing to a minimum.