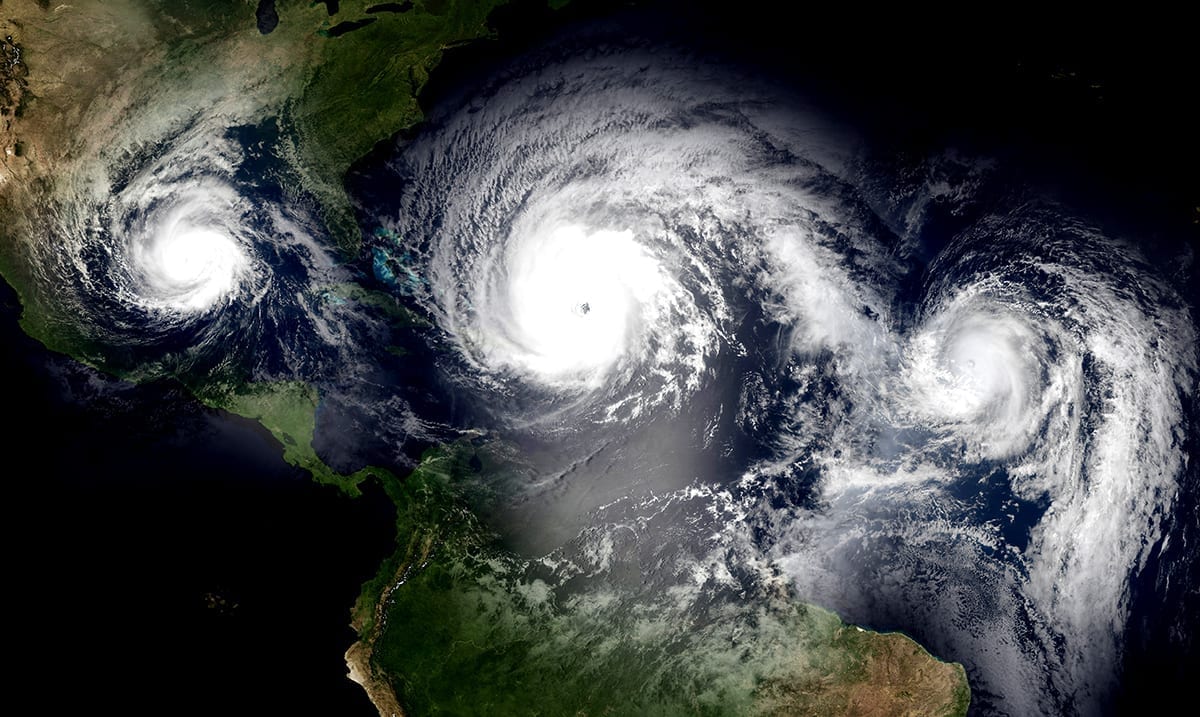 2020 Atlantic Hurricane Season Could Be ‘Record-Breaking’

By Gerald SinclairApril 30, 2020No Comments

While we aren’t sure just yet this year’s Atlantic Hurricane Season has been noted as potentially being quite active once it comes forth and with record-high temperatures in many parts of the world’s oceans, that may reign true in time.

According to Penn State’s predictions (The Earth System Science Center), we might end up seeing between 15-24 actual named tropical storms this year (2020). While that might not sound like a lot to some to those who know how many we have named in the past, these numbers are quite a lot. We have not had 19 or more in a season named storms since 2012.

The predictions noted above mention as follows:

The prediction is for 19.8 +/- 4.4 total named tropical cyclones, which corresponds to a range between 15 and 24 storms, with a best estimate of 20 named storms. This prediction was made using the statistical model of Kozar et al. (2012, see PDF here). This statistical model builds upon the past work of Sabbatelli and Mann (2007, see PDF here) by considering a larger number of climate predictors and including corrections for the historical under count of events (see footnotes).

The assumptions behind this forecast are (a) the persistence of current North Atlantic Main Development Region (MDR) sea surface temperature (SST) anomalies (+1.1 °C in early to mid-April 2020 from NOAA’s Coral Reef Watch) throughout the 2020 hurricane season, (b) the development of mild El Niño-Southern Oscillation (ENSO)-negative conditions by boreal late summer and early fall 2020 (ENSO forecasts here; we used mid-April 2020), and (c) climatological mean conditions for the North Atlantic Oscillation in boreal fall/winter 2020-2021.

While some of these predicted storms may not hit land, the number of which do may end up causing trouble. The current pandemic and the fact that the Atlantic Hurricane Season is almost here should in many ways be troubling but not panic-worthy. Stress from a hurricane could and likely would cause more limits to be pressed intensely.

CBS News reported as follows on that:

Schlegelmilch, who has serious concerns about the U.S. government’s response to COVID-19, said adding any additional stress from hurricane season will further expose our vulnerabilities, “Each of these disasters stretch the limits of our ability to respond. Multiple major disasters is an unfortunate new reality that we are not ready for,” said Schlegelmilch.

He’s also concerned that a landfalling hurricane could very well amplify the spread of the virus, warning about “increased transmission of COVID-19 in congregate settings such as shelters, with disrupted infrastructure, such as loss of power, and a myriad of other realities.”

“Prepare now, and expect less,” he said. “That is the unfortunate reality we are in.”

Although he is confident that first responders will still do their best to reach and help everyone in need if a hurricane hits, he’s concerned that a lack of extensive preparation will hurt us.

“You can’t summon new capabilities and capacities in a moment of panic. They take years and require significant commitments from politicians, legislators and the private sector to build lasting resilience,” Schlegelmilch said.

What do you think about all of this? I for one think perhaps Hurricane Season here in the Atlantic will be a little more hectic than we’re used to seeing but that we can get through it just fine. While things like this are terrifying, we are capable. That being said, it could prove to be quite intense and break many records if the predictions noted prove through.