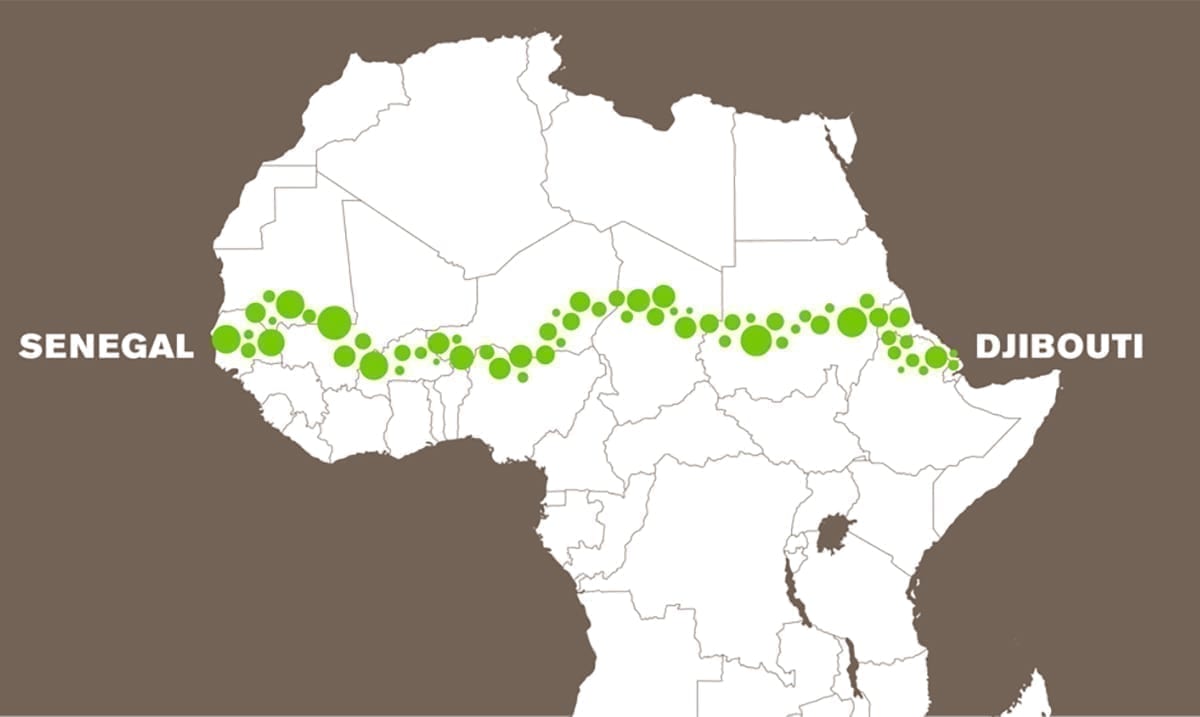 20 Countries Coming Together To Build A 4,750-mile Wall Of Trees

For a while now, efforts to build a wall of trees have been in the works but nowhere near as many people are as aware of this as they should be. This ‘wall’ is being referred to as the ‘Great Green Wall’ and it is a mind-blowing concept.

This project in itself is huge and African nations from all over the continent are coming together to try and get things built and from there to maintain them. This wall would benefit so many in lots of different ways as it would be a barrier against the Sahara and help the world as a whole. This in itself is an entire movement that will change so much and it’s nowhere near done.

Great Green Wall’s website wrote as follows on how it will improve lives:

The Great Green Wall is taking root in Africa’s Sahel region, at the southern edge of the Sahara desert – one of the poorest places on the planet.

More than anywhere else on Earth, the Sahel is on the frontline of climate change and millions of locals are already facing its devastating impact. Persistent droughts, lack of food, conflicts over dwindling natural resources, and mass migration to Europe are just some of the many consequences.

Yet, communities from Senegal in the West to Djibouti in the East are fighting back.

Since the birth of the initiative in 2007, life has started coming back to the land, bringing improved food security, jobs and stability to people’s lives.

The Great Green Wall isn’t just for the Sahel. It is a global symbol for humanity overcoming its biggest threat – our rapidly degrading environment.

It shows that if we can work with nature, even in challenging places like the Sahel, we can overcome adversity, and build a better world for generations to come.

This wall has been something many have been dreaming of since the 1970s according to the GGW’s website but only as of 2007 have things really gotten underway. Right now there is a group of over 20 countries across Africa who have joined this movement as noted above and are working hard to get this wall of trees where it needs to be. This wall that will eventually be from Senegal to Djibouti has already made great progress. In Senegal 12 million drought-resistant trees have been planted in less than a decade and in Nigeria, 5 million hectares of degraded land has been restored. So much is happening but still more needs to be done.

If you want to learn more about all of this please take a look at the video below. There is a lot of information to take in, and I am quite surprised more people are not already aware of this as a whole. This needs more coverage, that much is very true. Getting this wall completed is a struggle and will take a long time but if we all come together and help one another, it can be done.