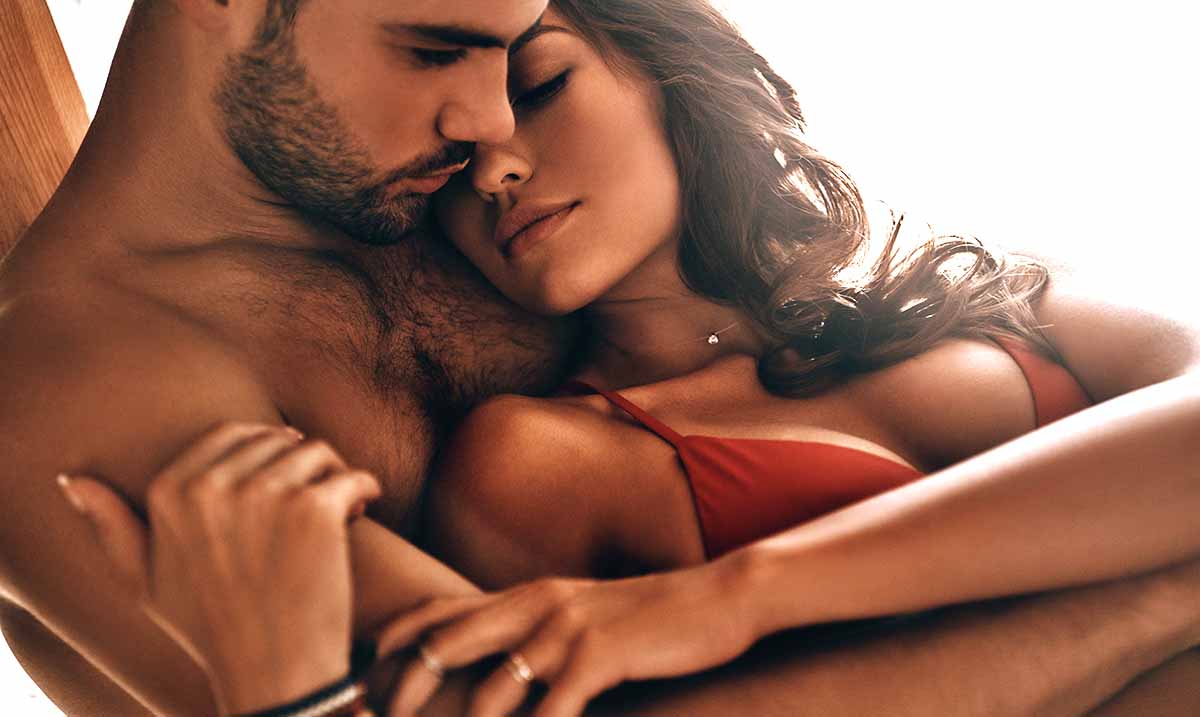 By Harley Manson September 6, 2021 No Comments

Sometimes, it can be difficult to tell whether or not someone truly cares about you. And while it’s okay to be hesitant to trust – if a man is doing the following things, he is in love with you!

The truth is- love is more than just three words. You could say I love you a million times, and without the actions to back it up, those words mean nothing. We oftentimes put more power in those three words than we do our actions, and our actions speak far louder than words.

Especially for men, who aren’t as quick to express their feelings through their words. Instead, men will show you where they stand. And if your man is doing the following, it’s likely he truly does love you.

1. He’s protective over you.

Men who are in love, or who are developing feelings become very protective and territorial over the person they love. Subtle gestures like holding you close, or placing a jacket over you when you are cold, can mean far more than you may realize.

In modern times, men aren’t always a gentleman. So if he is careful about how he treats you, holds doors open for you, and shows you respect, he likely cares a lot.

3. He gives you his attention.

If a man has a lot going on in his life but goes out of his way to make time to spend with you, he loves you. When people care, they make time for the people they care about, and to me, this is a big deal. Many people who claim to love each other don’t make time for each other, so if he makes time for you- he most likely is in love.

When a man is in love, they brag about their woman and show her off. Deep down they are proud and happy about what they have found, and they want to tell the world.

5. They want to make it official.

While it’s one thing to jump in too quickly, a good man knows when it’s time to make it official and makes no qualms about it. They know they have a good thing and when they are in love- they don’t beat around the bush and play the field.

6. They care about how you feel.

A man who is head over heels in love will take into consideration the opinions of the woman he loves. While he may not necessarily agree with you- they will consider your feelings and opinions and respect them.

There is something to be said about the smile a man gives you when he’s in love. He will grin warmly and smile like he is the happiest man in the world.

When a man is uncertain about how he feels, he is more guarded about his personality and showing you his true self. However, when a man knows that he loves you, he will easily be able to express himself and be his true self without hesitation.

A man who is in love will not want to see you struggle in any way. If he can offer help on any level, he will.

10. He introduces you to his family.

Men usually don’t just bring any woman around their family. So, if he introduces you to his mother, father, brother, or sister, it’s because he sees a future with you.

11. He introduces you to his friends.

And since most men consider their good friends to be extended family, they will likely start introducing you to their besties when they start to develop feelings. To most men, steps like these bring you closer to being official, and when they want to make it official, they are starting to care for you.

12. He talks about you to everyone.

If you are starting to be around him more, and each person you meet through him says “He just can’t stop talking about you!” Then he is in love.

13. When he talks about the future- you are in it.

A man who is in love will start to envision his future with the woman he loves. He may ask you if you want to go somewhere with him in a few months, or he may even start planning out the days when you live together, or vacation together. If his future includes you- he’s in love.

14. He shares intimate details with you.

Men aren’t as likely to tell all of their deepest secrets to just anyone. If a man starts telling you intimate details that he likely doesn’t openly tell the world- he cares about you. This type of intimacy shows that he trusts you and feels close to you.

Sex can be amazing without love, but when you start developing feelings, the sex is on another level. If you notice the sex is getting more intimate, more intense, and seems more connected than before- it’s likely he’s in love.

Men feel the need to make sure that the woman they love feels safe and protected. If someone says something out of the way to you or does anything that makes him feel as though you’ve been disrespected, and he jumps to your defense, he’s in love.

A man who is in love will push his own needs to the side to make you feel more comfortable. He may take off his own coat in the freezing cold to make you warmer, or put off plans to spend time with you when you need him the most. Regardless, if a man acts like this towards you, he is without a shadow of a doubt in love.

When a man starts asking you where you envision yourself in the future, it’s likely that he wants to see where his part is in it. He may ask if you want children, what your career goals are, and he may even ask about marriage. While it doesn’t mean he’s ready to jump too quickly- it means he sees potential for much more with you.