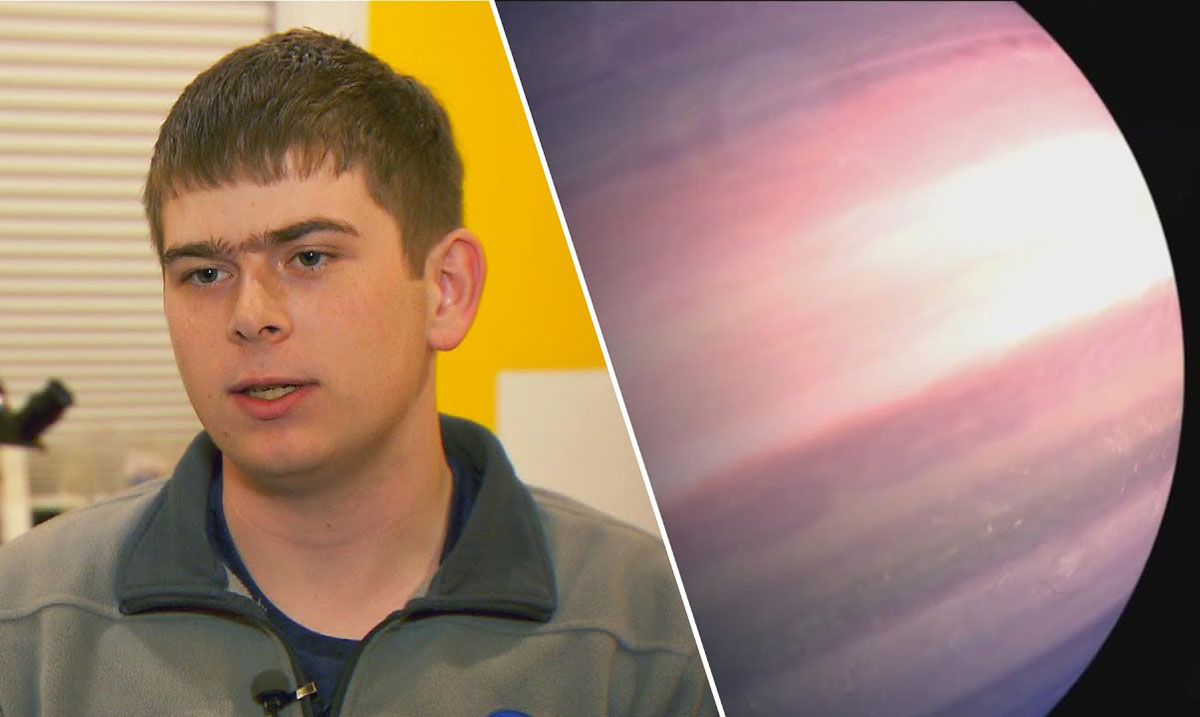 Wolf Cukier found out in his junior year that he had been accepted into the two-month internship with NASA. During the summer of 2019, he went to the Goddard Space Flight Center to begin his journey, and throughout his time there, he made a unique discovery.

His job during his internship was to examine the variations in star brightness captured by NASA’s Transiting Exoplanet Survey Satellite, known as Tess. He was merely three days into this when he discovered a planet merely 1,300 light-years away.

“I was looking through the data for everything the volunteers had flagged as an eclipsing binary, a system where two stars circle around each other and, from our view, eclipse each other every orbit,” Wolf Cukier told CNN. “About three days into my internship, I saw a signal from a system called TOI 1338b. At first, I thought it was a stellar eclipse, but the timing was wrong. It turned out to be a planet.”

The new planet he discovered referred to as T01 1388b is TESS’s first circumbinary planet, which means that instead of orbiting one star, it orbits two. “One is about 10% more massive than our Sun, while the other is cooler, dimmer and only one-third the Sun’s mass,” NASA Goddard writes.

“I noticed a dip, or a transit, from the TOI 1338 system, and that was the first signal of a planet,” Cukier explained to NBC 4 New York. “I first saw the initial dip and thought, ‘Oh that looked cool,’ but then when I looked at the full data from the telescope at that star, my mentor and I also noticed, three different dips in the system.”