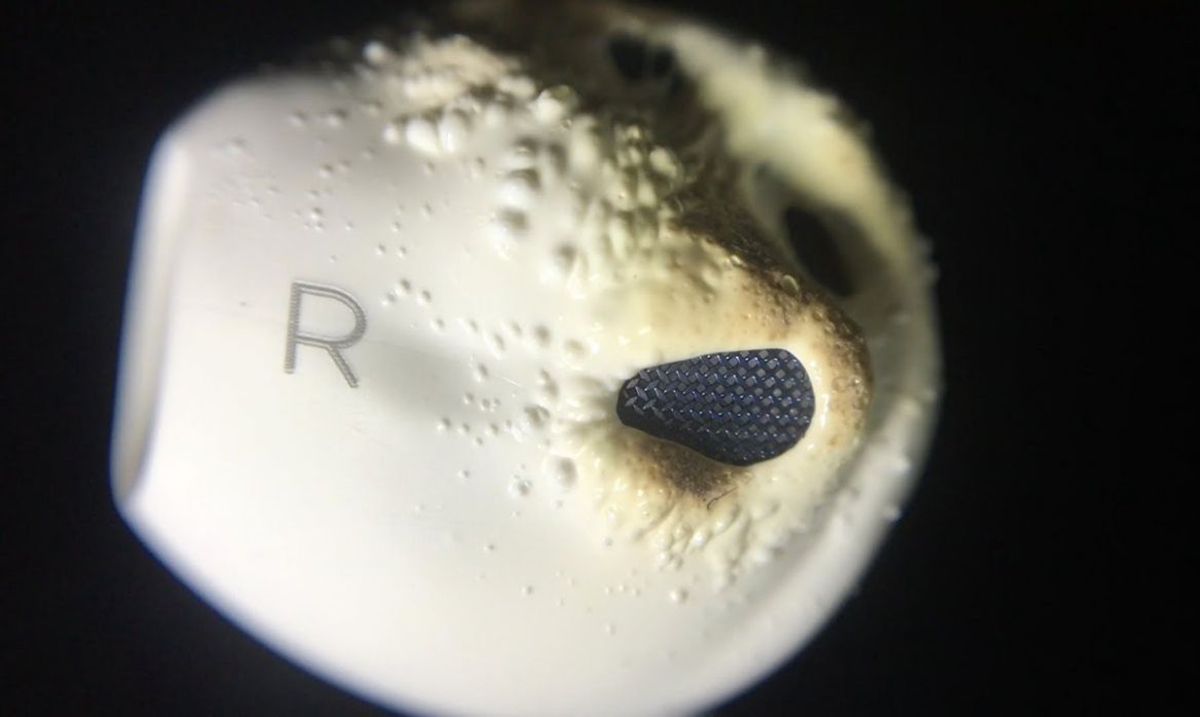 16-Year-Old Dies Reportedly After Being Electrocuted By His Headphones, Hidden Dangers

By Gerald SinclairAugust 18, 2019No Comments

While you might just slap your earbuds in without thinking twice about their safety, it seems they could be quite dangerous. After reportedly being found dead with blood coming out of his ears this teen’s family changed their views on headphones entirely.

NOT THE ACTUAL HEADPHONES. IMAGE VIAYOUTUBE/LET’S MELT THIS

Sixteen-year-old Mohd Aidi Azzhar Zahrin was found dead in his home by his parents in Malaysia just last year. After discovering her son lying on the floor and unresponsive his mother called officials and medical checks went forward to find out what caused this your man’s surprising and unsettling death. While there were no injuries, for the most part, it was noted that he did have burns on one of his ears. After an autopsy was completed it was revealed that he indeed passed after having been electrocuted.

This boy was listening to music on his phone with his headphones and his phone plugged in charging. It is suspected that the charging cable itself might have been faulty and causing electricity to run through the device and making its way to Mohd’s ears. That being said, we are at the moment unsure. However, Mohd is one of four so far to be killed by their headphones/while using headphones.

According to G1, a girl passed away back in February of 2018 after suffering an electric shock in Southern Piaui, a shock that was far too similar. The phone that electrocuted her was charging, and she too had headphones on/in. This kind of thing is a lot more common than we would like to admit and the more we are aware of things like this, the better. It has been said that the boy who died as noted above’s brother had mentioned having felt a small shock when touching their charging cable so from there things went as far south as possible. When chargers fail, things like this are in a lot of ways unavoidable.

Fox News also did a report on February 21, 2018 that 17-year-old Luiza Pinheiro, from Riacho Frio in Brazin, was rushed to a hospital and unfortunately doctors were not able to save her life. The relative who found her said she was unconscious and her phone, which was plugged into a charger, had been destroyed by a “huge electric shock”. At the time of the report, it had not yet been established how the teenager was electrocuted and the repot has never been updated to reflect.

“While at work, she felt uneasy and decided to return home to check on her son.

“At home, she found him in the same position. She then tried to wake him up and as she touched him, the boy’s body felt cold,” he said.

Anuar Bakri said the woman then contacted a nearby clinic and a medical officer was rushed to the house.

“Checks showed no sign of bruises or injuries. However, there was bleeding in the boy’s left ear,” he said.

The kind of phone Mohd was using has never been disclosed, but Apple’s website does not that it is possible to receive a small shocking sensation from earbuds as a result of static electricity.

“When you use earbuds in areas where the air is very dry, they can build up static electricity. Your ears might receive a small electrostatic discharge from the earbuds. If you receive a static shock from your earbuds, this doesn’t mean that there’s an issue with your device or the earbuds,” the website says. “This condition is similar to dragging your feet across a carpet and receiving a static shock when you touch a doorknob.”

However, in reported cases of deadly headphone shocks, it seems actual electricity may have been involved. Moral of the story? To be on the safe side of the street only use your headphones when your phone is not charging.

To learn more about situations like this one please feel free to check out the video below. Perhaps letting the phone charge on its own is your best option when it comes to trying to ‘not’ get electrocuted. Have you ever experienced anything like this before?