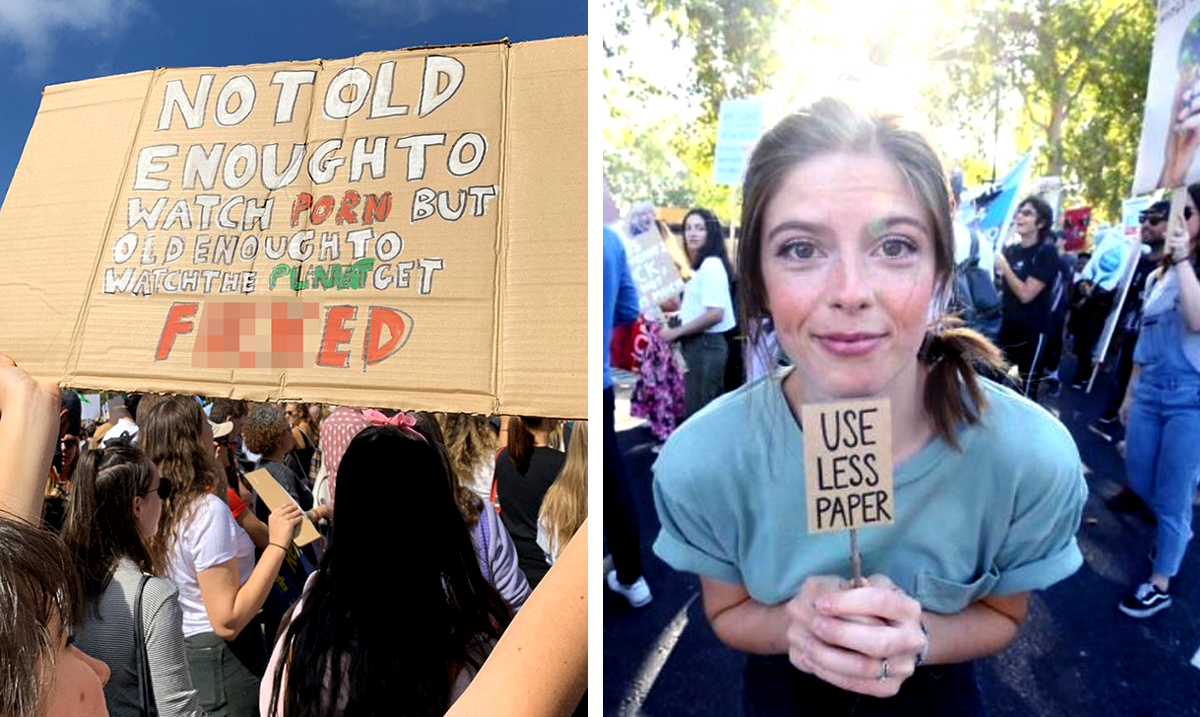 15 Of The Most Hilarious Signs From The 2019 Climate Strike

Climate change is no laughing matter but the creativity behind some of the signs people have made throughout the years is pretty comical. When it comes to getting their points across, people really do come up with some of the most interesting things.

As you look over different signs and climate-related things online you will notice that the more eye-grabbing something is the more its message will be spread, I think that is something most of the people who made the following signs had in mind. While some are simple and clear others are outspoken and LOUD. These are, all things considered, some of the funniest and most thought-provoking in their own right climate signs I have come across.

Which of these have you seen before and how many speak to you? The Climate Strike protest is a very serious and prominent cause especially in modern times but these protest signs are something else. What do you think of all of these? Which is your favorite?

1. It’s getting hotter than my imaginary boyfriend!

“If you’re waiting for a sign this is it” #climatestrike 📸by @wheelb pic.twitter.com/8NZWVKS21A

This one is making me cry: #climatestrike pic.twitter.com/Jmda6KOBem

who made this it is MAGNIFICENT pic.twitter.com/s2KsXqgLdb

6. For my future! (From the perspective of a baby still in his or her mother’s womb.)

My favourite sign so far from #ClimateStrike in London . pic.twitter.com/xID24vrzsh

7. The wrong Amazon is burning.

is my sign too niche?#ClimateStrike 12pm custom house quay 🌎 pic.twitter.com/83gxZRrtAp

“Science: Because You Can’t Just Make 💩 Up” #ClimateStrike 📸 by @ElizLanders pic.twitter.com/5VzVSy7IXp

11. My son won’t clean up his bedroom but he wants to clean up the planet, I’m with him! (Though I think he could do both.)

Glad I was able to be part of this. Sad it is necessary #climatechange #youthstrike4climate #protectrestorefund #london #earth #changetheworld #climatestrike

“Kinda thought my death would be cooler than this.” pic.twitter.com/6eCdlBYDZJ

13. This planet is HOTTER than Shawn Mendes!

14. You’ve gotta fight for their childrens’ rights to PARTY!

15. Even the aliens knew not to come.