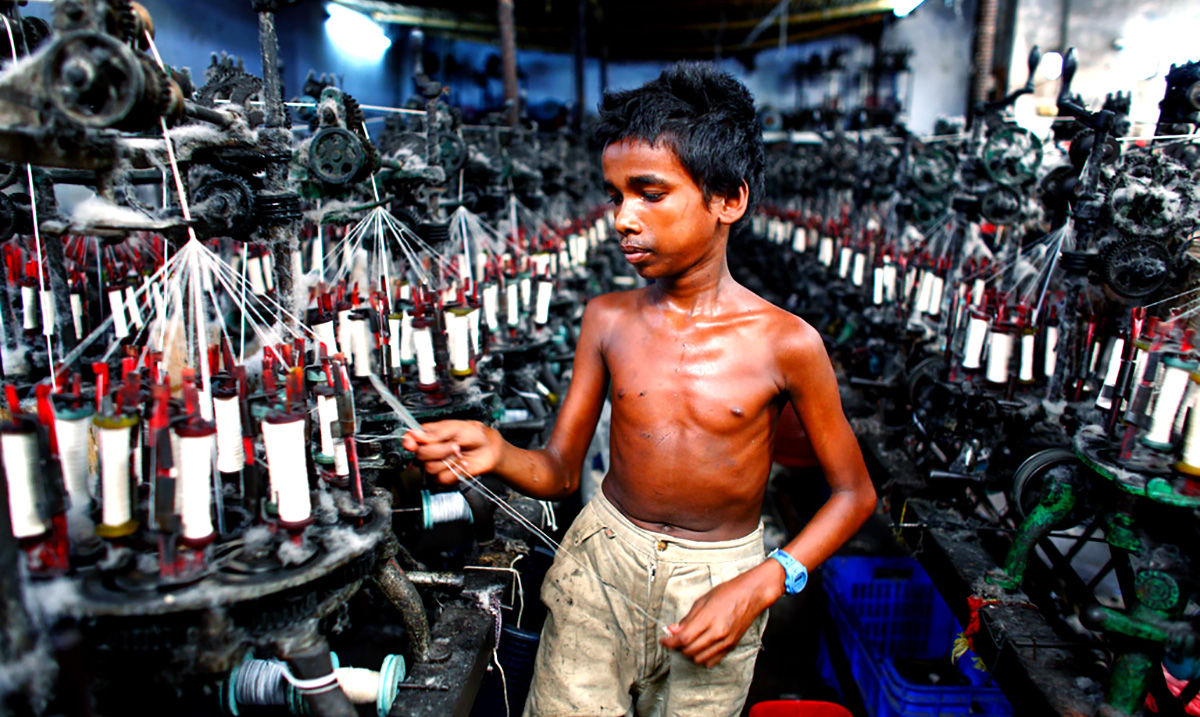 While in this day and age the idea of children working in factories or outside of household chores, in general, is a crazy thought, right? Well in the past it was very normal and a big way for families to get by during hard times.

As factories became more and more common throughout the 1800s and 1900s child labor became a serious issue. Lewis Hine, a photographer worked throughout the 1900s to document the terrible conditions in which these children were working and the damage they were doing to their bodies as a result. Many were pulled from school and thrown straight into working from ages much younger than most could fathom.

Hine worked for the National Child Labor Committee and brought to light a lot of things that otherwise might have left us stuck in this period for far longer than we were. If you grew up in this day and age, you should be thankful that you had the chance to actually be a kid unlike so many in the past. If you’ve ever wondered about the child workforce of the past please take a peek at the images below. Could you imagine having to hold down a job at age 12 or perhaps even younger in the way these children did?

It is also important to note that in order to photograph these things Hine would oftentimes have to disguise himself as these children were working under such extreme conditions many companies did not want anyone to see. He had his life threatened on multiple occasions and helped so many different officials to make laws that created strict guidelines against child labor. His work is not only shocking but quite heartbreaking depending on how you are looking at it.

1. This little girl spent all of her ‘free time’ making clothes.

2. Young boys were forced into factory jobs unable to truly enjoy their time outside.

4. Yet another photograph of young boys wasting away in the coal mines.

5. Spinning in the local cotton mill was where most young girls ended up it seems and this one was no exception.

6. Without cooling of any sort, these kids were stuck to work until they basically couldn’t anymore.

7. Sewing garments of all types became extremely common for girls who were too young to do anything else.

8. While it doesn’t sound too terrible sardine canneries were also a common place for children. In these factories, tons of children were handed knives and told to cut the heads off fish or other things of the sort, many injuries resulted.

10. Young oyster shuckers spending the best years of their lives working for hardly any money at all.

11. Even those who were too young to work would partake unless important people were around.

12. While not technically factory work, it is important to know that children were also put to work on farms. This six-year-old picked 41 pounds of cotton the day this photograph was taken.

13. A saddening view from above. How old do these mill workers look to you?

14. Child workers leaving for the day.

16. Hardly able to reach the booth but working, all the same, tragic isn’t it?

(Credit for all photographs in this articles goes to Lewis Hine. To learn more about his world please click here.)