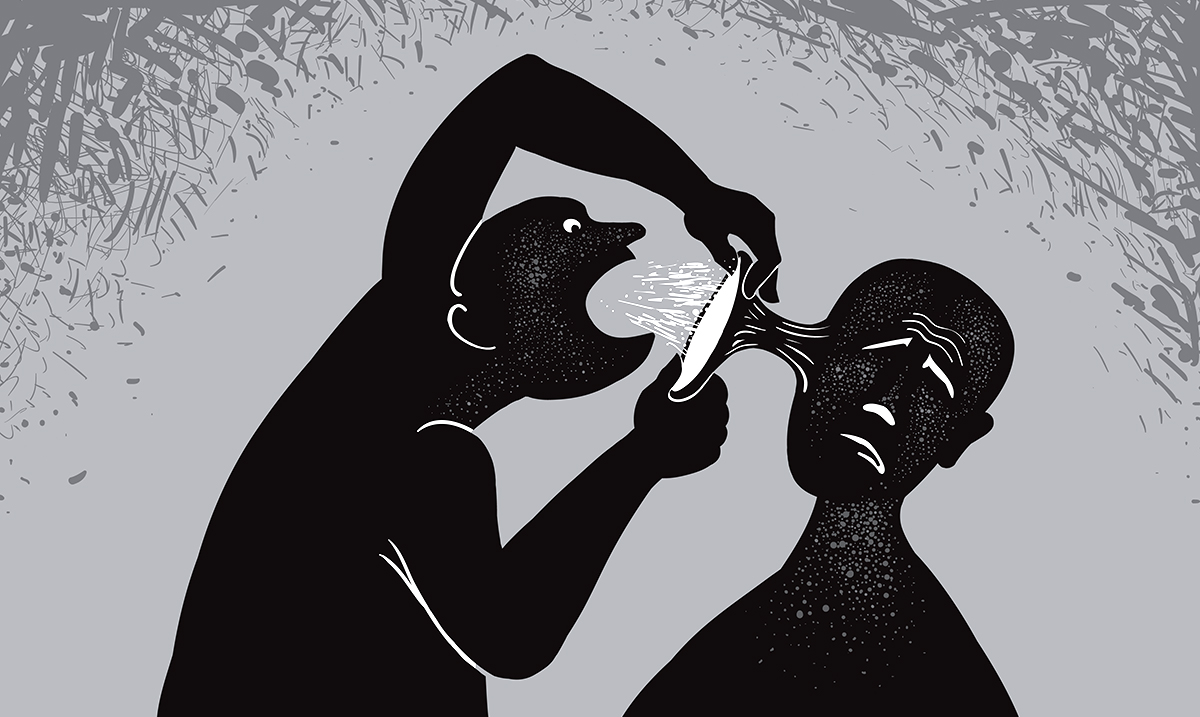 Narcissists are some of the most manipulative people you will ever come across. When they’ve chosen a victim, they not only use their actions to reel them in but also their words.

Narcissists for those who might not be aware are people who have something many refer to as narcissistic personality disorder. This disorder leaves them with an inflated ego, a need for admiration, a lack of empathy, and more. These people are oftentimes willing to do whatever they need to do to get what they want, and don’t care who they have to hurt to get where they need to be.

Narcissistic people are able to use their words in a way that makes you feel trapped and through manipulation, they really sink their claws into others. Below, I am going to go over some of the things narcissists tend to say and what they actually mean when saying these things. Just because they’re using the words you want to hear does not mean they’re doing what they want you to do. This you need to be aware of.

You’re not actually overreacting but this person wants you to question yourself. The more he or she can make you think you’re reacting too severely the more control he or she can gain. They know this all too well.

2. I wish you understood me better.

While you understand things quite well, you’re not seeing the narrative this person wants you to see so they’re going to go out of their way to try to make you see it. They want you to change your perspective and turn them into the victim even though, you’re the victim.

While they might wish you were not upset they’re not sorry for what they did to upset you. They are only apologizing to get you to stop going on and on about it. They don’t really care at all.

They would and will do it again. They just won’t be as open about it this time around. Chances are you won’t figure out they’re still doing it now that they know how to keep you in check, isn’t that scary?

Narcissists don’t actually love anyone but themselves. They can say they love you all they want but their actions will never match. They are not going to be there when you need them the most.

Yeah, all of their exes might be nuts, but only because they drove them insane. If someone you’re with doesn’t have at least one good ex, they’re probably the problem. Keep that in mind as you move forth.

7. You’re making this worse than it has to be.

You’re not doing anything wrong, but they want you to stop going on about it, and they’re going to do all they can to make that happen. You didn’t make it out to be worse than it is, he or she just doesn’t see how bad it is because he or she doesn’t care. That’s the difference you should be looking for.

Actually, you’re probably not too jealous. You’re probably reacting properly to his or her baiting you into being jealous. Narcissists love to play with the emotions of the people closest to them.

9. Why do you always have to act so crazy?

You’re not acting crazy, and if you are, he or she is bringing that out in you on purpose. They want you to act weird in front of other people, so they can make you out to be the bad person. This is their way of getting people on their side.

10. You’ll never find anyone else who loves you like I do.

You will find someone who loves you better, actually, but they don’t want you to know that. Your narcissist will beat you down over and over again. The more they do that, the more they know you will believe them.

This is the narcissist’s way of saying you to make mistakes and that you shouldn’t be overreacting to theirs, but their mistakes are not the same as yours. You always apologize for yours, and you don’t go out of your way to hurt this person how he or she hurts you. Don’t let them act as if their issues are not a problem, when they are.

12. Stop being so insecure.

You are insecure, but that is his or her fault, not your own. They are making you insecure, so they can be more in control of you. They want you to do the opposite of what they’re saying when it comes to this one, that’s for sure.

13. I wish you wouldn’t make me feel so bad every time I’m around you.

While you might not make them feel bad, they want you to feel like you’re the problem because they want more control over you. If you feel bad for bringing things up and calling them out, you’re less likely to do it.

While you’re not taking anything out on him or her, this is something they will commonly say. They do this so that you will be more likely to let things slide. They want you to think you’re being too hard, even if you are not.