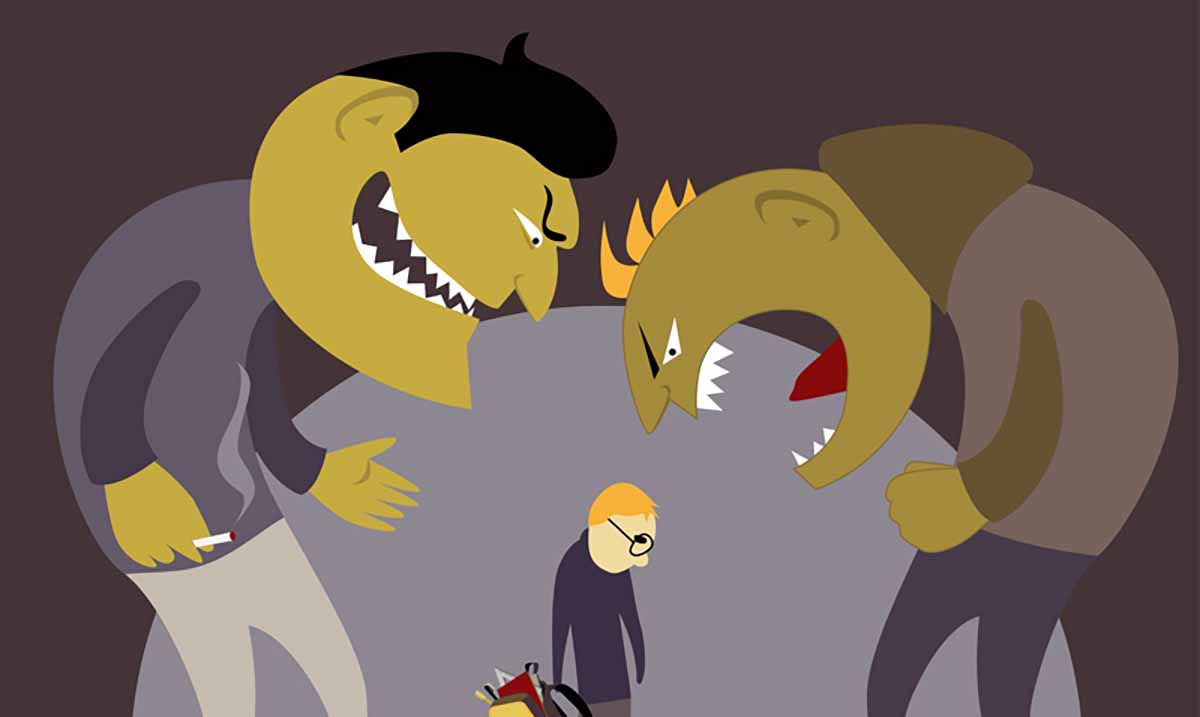 No one wants to think they could be taken advantage of, or fooled by a narcissist. However, with the prevalence of narcissists only seemingly growing as the years passed, it’s almost inevitable.

Narcissists are self-absorbed people who will do whatever it will take to serve themselves. Because of this, they can be quite dangerous and toxic to those closest to them. It could be said that identifying narcissistic behaviors and people is a necessary survival skill. Having such knowledge could prevent you from dealing with an abusive person, and could protect you and those you love most from harm.

At the very least- it could save you from having to deal with someone that simply isn’t worth your peace. Here are 14 ways to spot a narcissist in their tracks.

Narcissists are often quite charming, at least at first. They are obsessed with the way others perceive them and can come off in any way they want to. If you meet someone and they seem extremely fake- they could be a narcissist.

Narcissists like having power and control. They will find a way to take charge and show they have the upper hand at any cost. Because of this, they are often found in positions of power.

3. They enjoy talking about themselves- a lot.

4. They don’t have much empathy.

Narcissists don’t have the capacity for empathy in the same way others do. They aren’t able to see things from your point of view, and in many cases, they simply just don’t care how you feel. Their needs come before all else.

5. They feel entitled to what they want.

Narcissistic people believe they are owed whatever they want. If they are trying to get something from you and you won’t give it to them, they will become upset and even vengeful. They might even try to make a smear campaign against you and act as though you have somehow wronged them.

And while narcissists are the first to criticize others, they cannot take it. If you point out their flaws or criticize them (even constructively) they will likely become enraged and act offended. They don’t like for anyone to call them out in any way.

Narcissists are materialistic because they like to keep appearances. They believe money and things equate to power. And the more things they have and the more money they have, the more powerful they believe themselves to be. Money and items will often come before people and emotions for them.

Narcissists are not above name-dropping. If they need something or want to be viewed in a certain light, they will likely start dropping names of important people to get what they want. They may also do this to manipulate people into believing certain things about them.

10. They have a victim mentality.

The narcissist is a victim to everyone who doesn’t give them their way. They likely have a string of “psycho” exes behind them, and several other people they say have wronged them or have victimized them. While it’s normal to feel like a victim sometimes, if someone has been victimized by over a handful of people in the last week- something isn’t right.

Narcissists are constantly trying to manipulate the people around them. They may correct you on your version of events, and distort reality by gaslighting you. You may hear phrases constantly like “No, no, no you’re remembering it wrong.” or “No that’s not the way it happened.” And they will repeat these phrases constantly. They want you to remember their version of reality- not the truth.

12. They have a lot of wreckage behind them.

Narcissists don’t make friends keep them. They throw people away and dispose of them as soon as they are finished with them. If someone has a pile of wreckage behind them from every situation or relationship in their life- they could be a narcissist.

Narcissists crave attention and admiration. If at any time a conversation shifts away from them- they will try to pull it back. They dominate all conversations and social interactions, and it can become exhausting for those who are around them.

Due to their nature and lack of empathy, it should come as no surprise that narcissists are secretive. They will lie, cheat and hide things to manipulate the people around them. They only give as much information as they have to because they only want you to view them in the light that suits them best.