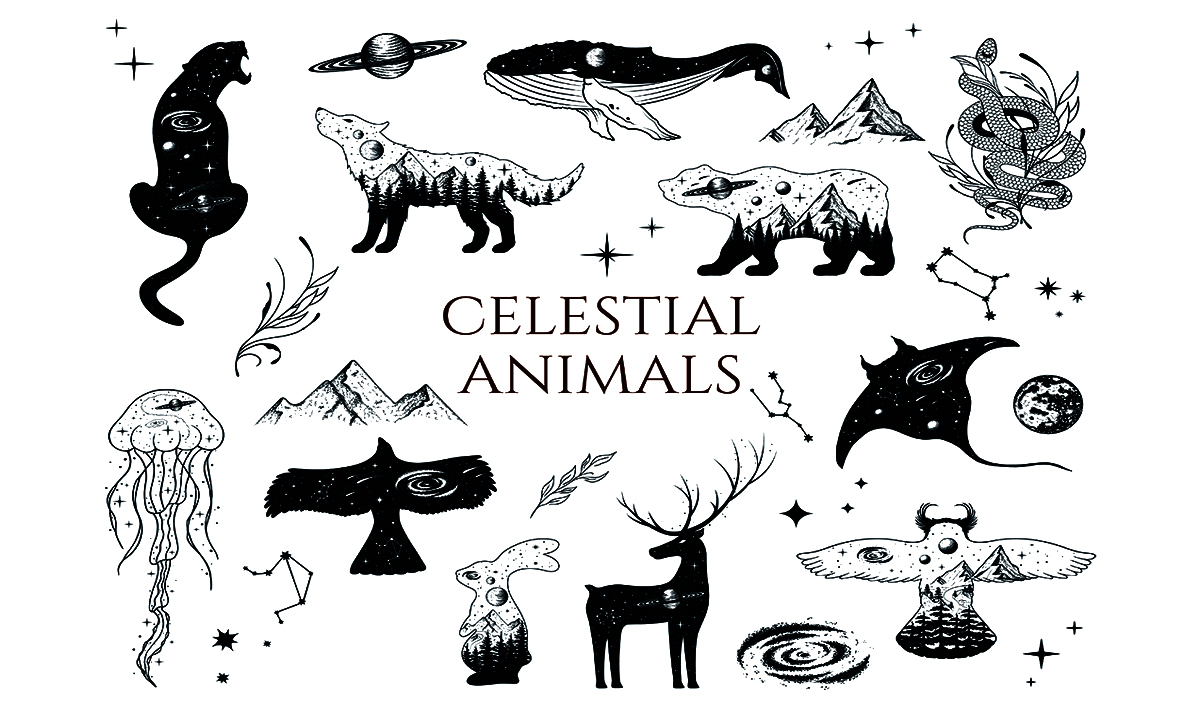 14 Animals That Work As Omens When They Cross Your Path

Humans are very spiritual creatures, and we are capable of limitless possibilities. However, we aren’t the only spiritual creatures on Earth. In fact, seeing these animals is an instant sign that higher vibrations may be trying to attract your attention to a certain matter.

Animals have a much bigger purpose on this earth than serving as food to humans. They are unique and spiritual creatures created by the cosmos to fulfill their own tasks for the metaphysical. They are conscious sentient beings that have feelings, dignity, and respect. Ancient documents and cultures have talked much about the spiritual significance of animals. For example, the ancient Egyptian cultures were very protective over their cats because they said they made bad energy and spirits flee. Even today, people keep house cats to banish all the negative energies.

By watching the behavior of animals we can learn a lot about the universe and the primal instincts we have. It instills a deeper connection between you and that animal as spiritual beings. Watch out for these animals because seeing them means good things are coming your way!

Hawks are very spiritual animals. They are wise creatures and old souls. Their keen eyes and strong wings are a sign of resilience and power from the universe.

The eagle is a universal symbol of freedom, due to its representation in the United States government. It is a sign of spiritual protection and moving into a higher consciousness.

Ravens, and crows are typically bad omens. If you are approached by ravens frequently, you might want to reevaluate the path you’re going down. They very well might be a warning to you. Seeing crows and ravens can indicate that you are going to enter a death and rebirth cycle.

Owls are huge symbols for wisdom. They have very big, wise eyes and looking into them can reveal a soul. They are also reminders to pay attention to your intuition.

These birds are typically associated with a message from a deceased loved one. They are said to be correlated with the spirit that of a man, and could possibly be a deceased father/grandfather.

Bluejays are a lot like the Cardinals, just opposite genders. Seeing blue jays are a sign that a deceased mother/grandmother or other womanly spirit is trying to contact you; typically maternal.

The praying mantis is a sign to remind us about the power of stillness. When you find a praying mantis be still in your life and listen to the peace.

Seeing lizards is a sign that you need to pay more attention to your dreams. You might also see lizards a lot if you experience great amounts of deja-vu.

The snake, or serpent, is often viewed as a symbol of evil. If you are hanging around with the wrong crowd, you might find yourself running into a snake or two. Check your boots.

Associated with the Goddess Athena, the Goddess of Wisdom. Spiders are considered sacred as their web symbolizes that we are all connected to one another and with nature. Spiders try to “ward” or remind us of a lost friend.

If you see a spider, you will probably soon meet a friend who has some information for us. Spiders are generally good omens, despite popular opinion.

Dragonflies are reminders that you are never alone. Pay attention to the people who care about you.

The ladybug is often a sign of good luck. If you see ladybugs, pay gratitude to your loved ones.

Butterflies are here to remind us of the power of transformation. They transform into butterflies from caterpillars

Seeing wolves are typically a warning sign, so when it happens, pay close to attention. This is a huge sign that you need to pay close attention to the people around you. They might need you.