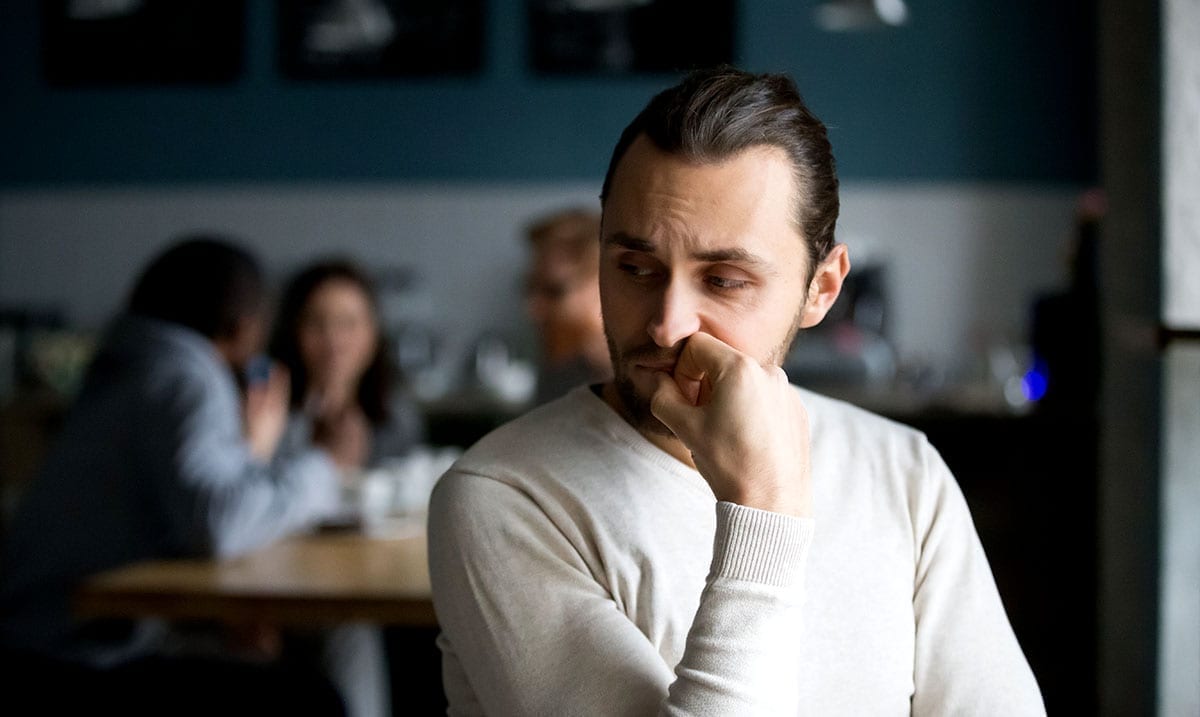 13 Ways You Make Your Partner Jealous

While it might seem a little silly, there are tons of things that we do not often think about that can or will make our partners jealous. A little jealousy is fine and healthy within a relationship, but we shouldn’t just be going out of our way to make our partner feel out of place, right?

Actually, a lot of the things that can bring about jealousy, we don’t think twice about which perhaps should change. Below I am going to go over some things we either know that bring out jealousy but don’t think much about or things we might not always pick up on that sometimes bring the jealous side of others out. While you don’t need to walk on eggshells hoping not to make your partner jealous, you do need to be aware of how the things you do and say affect him/her/them.

13 Things You Might Do That Make Your Partner Jealous Whether You Realize It Or Not:

1. Talking about past hookups.

People don’t want to hear about the person they love hooking up with someone else. While you might be faithful to the person you’re with the things you’ve done in the past are still going to make your partner feel a little odd from time to time. Sure, this can be worked through, but it’s best not to bring up past hookups out of nowhere.

2. Ignoring your significant other’s calls/texts while out with others entirely.

While you should be able to go off and do your own thing completely ignoring your partner while out isn’t a good thing to do. You should still return a text or give a call back here and there in case something has happened. No one likes being ignored, and it makes your partner feel unimportant. As long as they’re not blowing up your phone, shooting them a text to let them know you’re okay shouldn’t be an issue.

4. Being a bit too touchy with unrelated opposite $ex figures.

Don’t get me wrong, you should be able to hug your friends and all of that but sometimes that in itself might make your partner a bit jealous. Depending on what you’re both facing in your relationship it could make things a bit out of place. That being said, communication is important when things like this come forth.

5. Bringing up that ‘someone asked you out.’

This is almost always going to make your partner jealous on some level but not necessarily make him/her mad. They might know you said no and wouldn’t do anything but the idea of someone else being interested in you puts them off a bit. This just happens, it’s nothing to be too concerned about but perhaps don’t always mention it when it happens.

6. Mentioning past crushes that you didn’t get to act on.

This kind of thing should remain in the past. There is no point in telling your current love that you used to think your brother’s best friend was hot, but you never got the chance to do anything with him. That in itself will only make your partner feel off about you being around him.

7. Bringing up previous dates (with others before him/her/them) when you’re at certain places.

There is no sense in bringing up things like this. It only makes your partner think you’re thinking about the other person when you’re out with them at these places. It makes them feel inferior.

8. Mentioning when you find someone else attractive (harmlessly).

This is harmless most of the time, but sometimes it can throw your partner over the edge. Look for the signs of how he or she is feeling and don’t mention things if you’re both having rough days. Saying someone is attractive isn’t a crime, but it can make your partner feel down and out depending on how things play out.

9. Laughing a bit too hard at jokes other people crack.

A lot of people do not realize this but when you laugh at your partner’s jokes it makes them happy. They want to make you laugh and be able to share moments like this with you. When you don’t laugh at their jokes but laugh at someone else’s they will get jealous.

10. Giving out pet-names/nicknames to people of the opposite sex.

Pet-names are something that a lot of people think are relationship exclusive so giving them out to just anyone might make your partner think you’re closer to others than you are. This leading them to feel a certain type of way and initially creating issues within your relationship. I know, it sounds silly, but it happens more often than you’d think.

11. Constantly texting/calling someone else while together.

When you’re alone with your partner he or she will want your attention. This because you probably don’t see each other all the time. Ignoring them for your phone will only make them wonder what it is you’re doing on there.

12. Having inside jokes with people that your partner isn’t in on.

Inside jokes that your partner is left out of will make them feel a bit odd. They want to know what’s going on and why you’re closer with someone else than you are with them. I know, it might sound silly, but it’s just how thing are sometimes.

13. Joking about someone being your ‘work husband/wife.’

This in itself should already sound like a bit much but not everyone sees it that way. Your partner should be the only person you’re referring to in this manner and talking about someone they aren’t that in the loop with as your husband or wife is bound to create issues. It’s better to just cut this one out before it gets too deep.