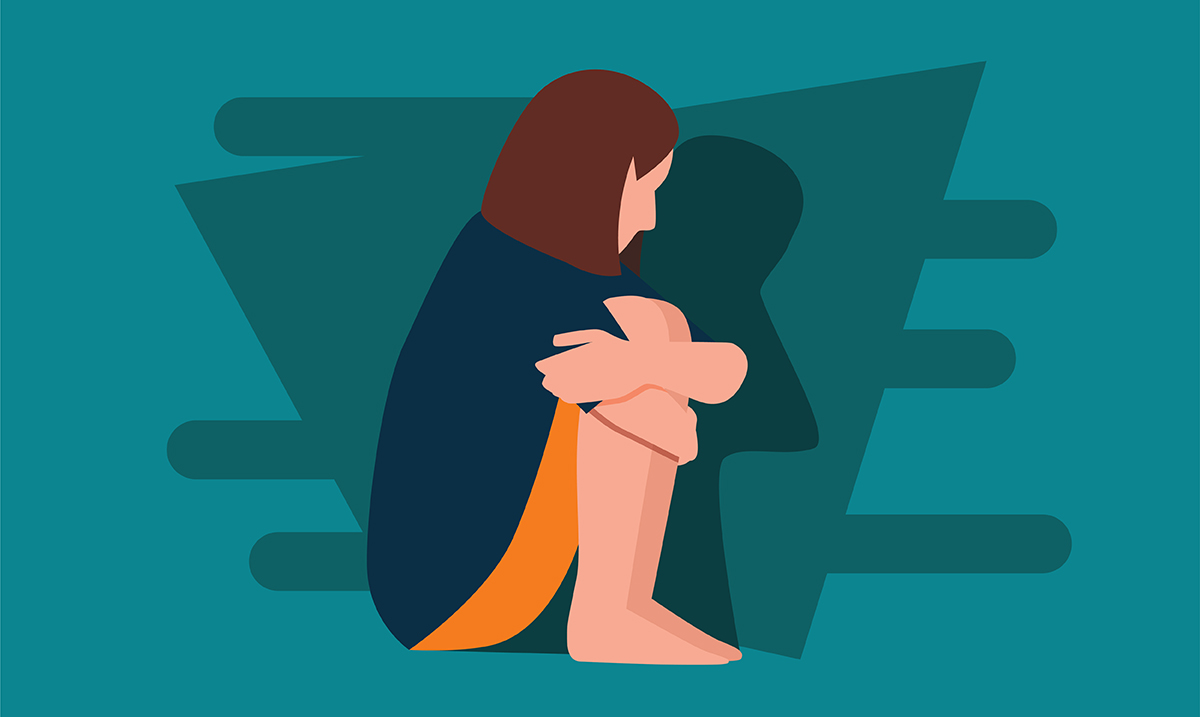 13 Signs That Show You Might Be Struggling With PTSD

Post-traumatic stress disorder (PSTD) is a mental disorder that is brought on by a traumatic event, either one that is experienced or witnessed. While the traumatic events that can bring on the disorder are different for each person diagnosed- the symptoms are often similar.

Not everyone who is exposed to trauma ends up with PTSD, but by adulthood, many people have experienced a traumatic event. According to the U.S. Department of Veterans Affairs, around 7-8% of people will experience PTSD in their lifetime.

If you have experienced a significant traumatic event and feel like your mental health is suffering, be sure to check out the following 13 signs.

1. Nightmares about the trauma.

Those with PTSD may experience nightmares in which triggers or literal re-enactments of their trauma take place. They may also experience extremely vivid dreams in which other traumas take place.

2. Flashbacks of the trauma.

Flashbacks are moments in which the person who experienced trauma is brought back to that moment and relives the moment again. Flashbacks can seem so real that the person will completely disassociate and feel as though the event is happening to them again.

3. Sensitivity to triggers that remind you of the trauma.

4. Feeling the need to avoid people, places, or things that remind you of the trauma.

To avoid the uncomfortable feelings of anxiety and distress surrounding the trauma, those with PTSD may avoid certain people, places, and things that may trigger them. In turn, they may completely avoid certain groups of people, even those that haven’t necessarily harmed them.

After a traumatic event, it’s normal for the person who experienced the trauma to have memory problems, especially in regards to their memory of the trauma. They may forget certain aspects of the trauma and in some, more severe cases they may repress the entire memory.

Most people would believe PTSD to mainly be flashbacks or sadness, but it’s much more than that. It can put the traumatized person on edge, resulting in massive outbursts of anger.

7. Feeling detached from others.

After a severely traumatic event, it’s normal for those who experienced the trauma to feel emotionally detached or withdrawn. They may isolate themselves altogether, in an attempt to protect themselves from harm.

PTSD can come out as mood changes, leaving the traumatized person feeling severely depressed, anxious, and even in some cases, feeling hopeless. The depression associated with PTSD can come in phases or remain long-lasting.

Feelings of guilt may linger after a traumatic event, either for other victims involved, or even because they believe the event was somehow caused by them.

10. Engaging in reckless or self-destructive behaviors.

Addiction to gambling, $ex, dr-gs and other reckless or self-destructive tendencies are quite common amongst people who have experienced trauma. Unfortunately, in many cases, the person with PTSD may self-medicate with drugs long before seeking treatment.

Hypervigilance is a phrase used by doctors to explain victims are on high alert after a traumatic event. To try to prevent future traumas from happening, they may end up constantly being hyperalert. While they intend to help themselves, this can bring on extreme paranoia.

Victims of trauma may become severely paranoid of other people, believing that anyone can be capable of hurting them, or that the worst-case scenario is sure to happen again. It can take time and therapy to work through these symptoms.

Trauma can cause people to experience intrusive thoughts, including odd or disturbing thoughts they have a difficult time ignoring or making go away. They may see images that are disturbing in their mind, and while for the most part, these images will be tied to the trauma, that isn’t always the case.