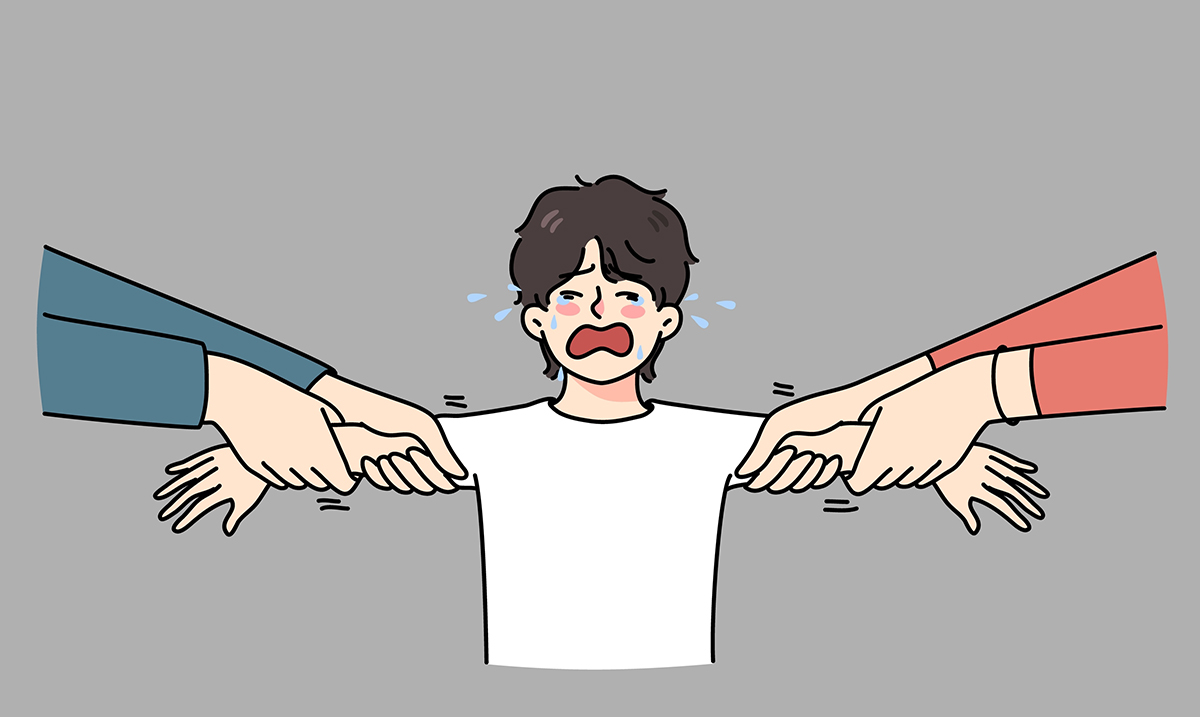 12 Things To Never Do To Your Child During A Breakup

When there are children involved, divorce and breakups are always difficult. They aren’t inherently bad, though and in many cases, they are much better than staying together. However, it’s important to handle them properly- otherwise, the situation can be quite damaging.

Amid a breakup or a divorce, the worst parts of ourselves and our ex-partner can come to light. While our intentions are likely in the right place, trying to avoid alienation with alienation is not advised. An otherwise necessary and beneficial divorce or breakup can end up being a toxic situation that can stay with your child throughout their entire life.

Here are 12 things you should NEVER do to your child during a breakup.

1. Getting the child to spy on their other parent.

Children should NEVER be pawns in a divorce or breakup. Do not involve them, or get them to spy or turn against their other parent that you are having problems with. Making your child do things that are inherently disloyal to the other parent will end up making the child have conflicting feelings that no child should ever have to feel.

During a divorce, the court will give orders on visitation. No matter what the circumstances are- you should abide by those orders and take your child to their other parent when the court tells you to. Even if your child fights you on it- these orders should be followed.

3. Manipulating your child to hate their other parent.

4. Telling your child private things about their other parent.

Do not share intimate or adult details with your child about their other parent. Doing so puts your child in the position of an adult, and this is a position they are not equipped for and a situation they should never be in.

5. Refusing to work with the other parent.

Cooperation is key. You don’t want to turn your child’s life upside down any more than it has to be, so it’s best to co-parent, even if you and the other parent are at odds with each other.

6. Over scheduling plans for your child and disturbing visitation.

7. Not allowing them to bring their favorite belongings.

Children have favorite belongings, and when you limit what they can or cannot take (making them leave certain items at your house) it can cause problems. Try to make the transition as easy as possible, and if that means allowing them to take their favorite toy with them, let them.

8. Breaking promises to them.

Don’t make your divorce a war to see if you can buy your child’s affection. Especially if that includes promising them things you simply cannot provide. Ultimately, your kid will end up disappointed and your actions are counter-productive.

9. Making them choose between parents.

Do not, I repeat, do not make your child choose between parents. It’s extremely unfair to do so, and in the end, your child is the one that will suffer.

11. Accusing the other parent of misconduct or illegal activity.

Even if you do believe illegal activity may be going on, do NOT say that to your child. Address what you believe and get to the bottom of it, but don’t destroy your child’s image of their other parent and involve them in adult dealings out of spite.

During court proceedings, child support and visitation are decided. Demanding things that aren’t ordered by the court won’t get you anywhere, and it’s unfair to the other parent and your child.