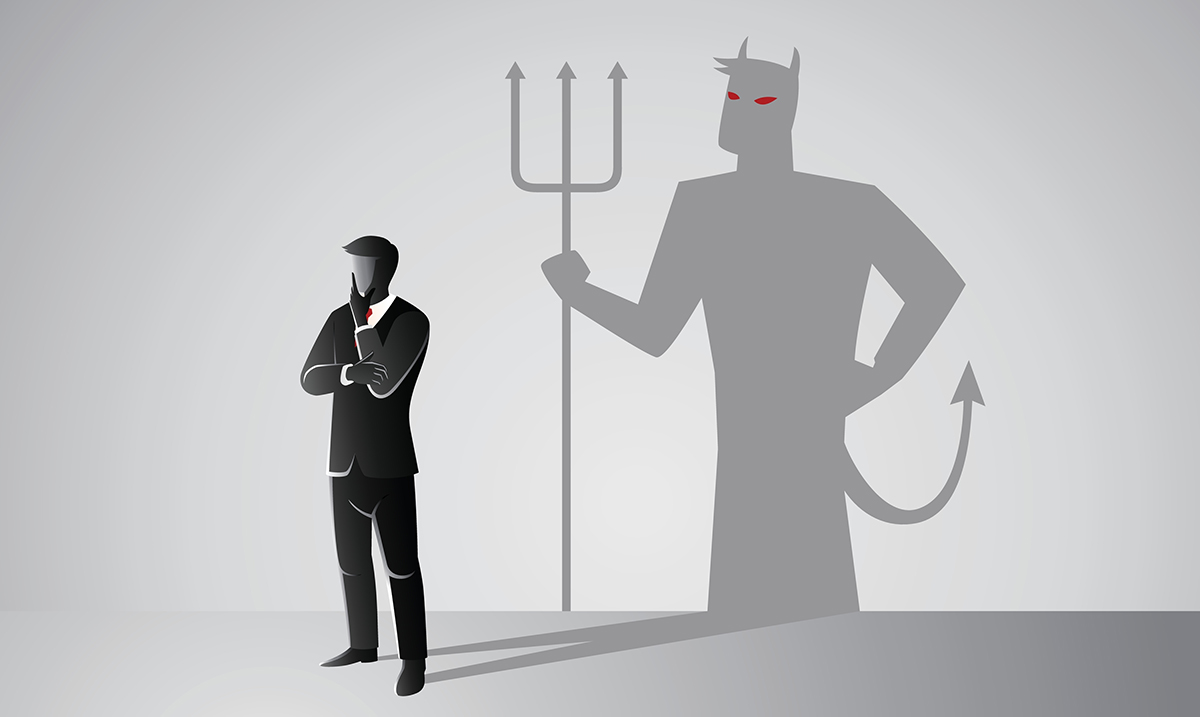 Evil people come in many different shapes and sizes, but they do exist. While some are eviler than others, they are the kinds of people we need to look out for and avoid.

Evil people are those who feed off of our misfortune and want to see us fail. They use us to get the things they want, and as time passes they break us apart as best they can. The more of a presence we allow them to have in our lives the worse their influence becomes.

Below, I am going to go over some of the more common and prominent signs that we should all be looking for with these kinds of people. If someone is showing these signs, they are not someone we should continue spending our time with. Whether we’ve known them for a long time or a short while, they are only going to do us harm in the long-run.

12 Warning Signs That You’re Dealing With A Truly Evil Person:

1. They always want to go out of their way to control other people.

Instead of letting people make their own decisions, these evil people want to make their decisions for them. They get others under their wings to the point where they are in control of them and anytime they see you slipping away they tighten their grip on you. It’s almost like having control over others makes them feel better overall.

2. You don’t feel comfortable around them.

These people make you feel uncomfortable almost on purpose. The more time you spend with them, the more out of place you notice you are. It’s like you just don’t belong, and they don’t see you as an equal, which the latter is quite true.

3. They never show remorse for the things they do.

Instead of feeling bad about the things they do and hurting the people around them, they feel nothing. They don’t mind hurting other people to get where they want. The more they have to do to break others down, the more readily they are to do it.

Evil people do not compromise. They want things their way or not at all. You never get them where you want them, they are not ever willing to meet you halfway.

5. They walk all over the boundaries of others.

When you set boundaries with them, they pretend to listen to you and in the end still step all over them. They push you to your limits and always make you feel awful. It’s like your wishes don’t matter and whether you’re uncomfortable or not isn’t on their minds.

These people are always willing to hurt others. They don’t mind bringing you down or bringing down the people around you. If they have to hurt you to get what they want, they’re all for it.

Evil people don’t ever take the time to be honest with others. They are liars and will tell you whatever they think you want to hear to get their way. They do not respect the people around them, period.

Instead of bringing others up, they want to make them miserable. When they see you flourishing, they beat you down. They make remarks that upset you and leave you questioning yourself.

9. They’re never there when you need them.

When you need them, they are not there. Instead of being your real caring friends, they are the ones who ignore your calls when you’re upset. They only want to be around you when it is benefiting them.

10. They blame everything on other people.

When something bad happens, they go out of their way to take the blame off of themselves. They deflect big time and make sure other people are seen as the ones who caused the issue. Responsibility isn’t something they’re ever willing to take for their own actions.

11. People warn you about them.

People long before you got involved with this person were warning you about them. They want you to know that they are evil, but also want to let you make your own choices in life. However, you are quickly seeing why they were sending you these warnings, to begin with.

12. They’re always talking down to other people.

Instead of being there for their friends, they go out of their way to talk down on them. They make you feel unworthy to spend time with them, and almost as if their presence is them doing you a favor. They are not the kinds of people you want in your life, and the more time you spend with them, the more apparent that becomes.