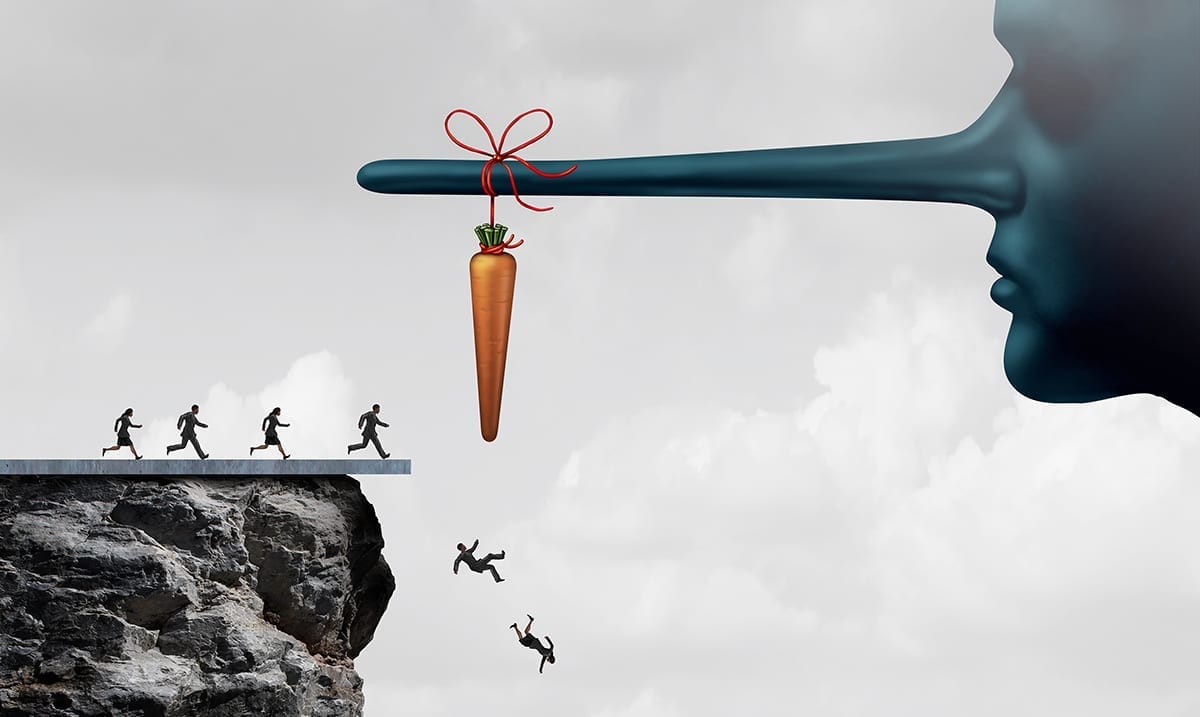 12 Ways To Spot A Liar In A Matter Of Seconds

Spotting a liar is not as complicated as we make it out to be. Sure, there are lots of great liars out there but most are mediocre at best.

If you know what to look for when it comes to determining whether someone is being truthful or not, you will be able to spot a liar from a mile away. Below I am going to go over some of the things that you should keep in mind when trying to read someone. In most cases, these signs will show you exactly what kind of person you’re face to face with.

12 Clear Things To Look For When Trying To Spot A Liar:

1. Liars either make too much eye contact or none at all.

Liars are not usually the best at making eye contact. Either they are staring you down and making you uncomfortable or they are not looking at you at all and doing the exact same. Knowing when to speak up is important this go-around.

2. Liars focus more on details than most people do.

Liars put a lot more into the details of things that others do. They mention the color of the clothes they were wearing and even how interesting the air smelled on the day of the story they’re trying to tell. They feel that the more in-depth they are the more believable their story will be.

3. Liars pause a lot when explaining their stories.

Liars have to give themselves time to think of something to say. When someone is a serious liar they think through each word they’re about to provide before you. This pause could be just for a mere moment, or it could last forever.

4. People who are not being truthful change their stories frequently.

When someone is lying his or her story won’t always be the same. The details will change and small differences will begin showing themselves. The more attention you pay the more clear these liars will become.

5. The more they ramble the less you should trust them.

Liars love to ramble. They will go on and on about the same thing for days on end. These kinds of people should not be trusted within reason. Keeping your distance is good for a number of reasons.

6. The more still a person is the more likely they are lying to you.

When someone is telling you something they should be using body language at least on some level. The more still a person is when speaking the more on edge they are. This could be because they are trying to get a lie stuck in your mind.

7. Nothing the liar says will actually add up.

The more you listen to the liar the weirder his or her stories will become. You will start to see the seams coming apart and questioning things that need to be questioned. Yes, it takes time but it does happen.

8. Liars are not consistent.

Liars are not going to be the people you can tell all your secrets to or call at 3 am because you’ve broken down. They will not be there for you in the ways you want to be there for them. This is a one-way street you should avoid.

Liars tend to jump into defense mode when someone says or does something that goes against their narrative. They want things to be their way and if any deviation occurs it makes them explode. The defensive liar is one that you should keep a close eye on.

Liars are rarely ever the kind to be right up in your face and within your bubble. Liars like to leave you hanging and operate in ways that most other people would not truly get. While it may seem weird if you’ve been closer than you might have wanted to be with a serious liar you know how true this one is.

11. The expressions of a liar will come across as odd.

Liars almost always come off as ‘peculiar.’ Sure, you’re probably reading this one and thinking ‘how’ but if you’re the kind of person who trusts his or her intuition you already know the answer to that. Your sub-conscious can pick up on things you could not believe.

12. Liars are good at changing the subject.

If a liar doesn’t want to talk about something he or she will not talk about that something. If you bring it up the conversation quickly shifts. They will not allow you to dig for answers.