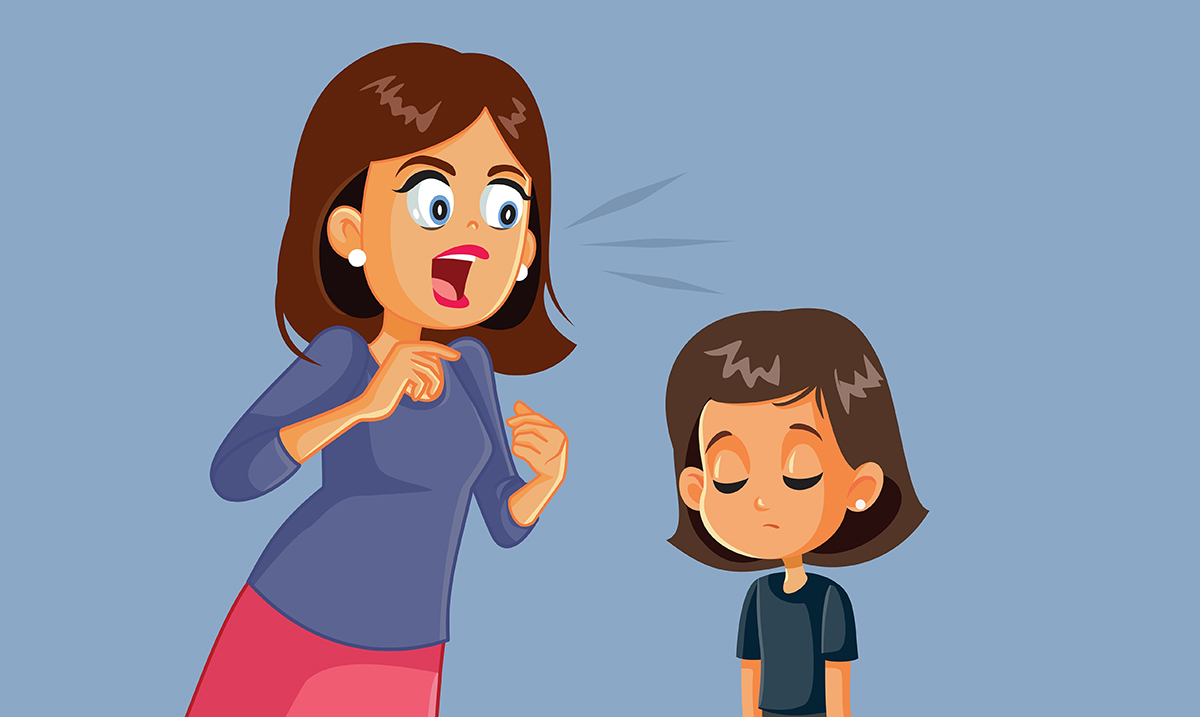 Words hold far more power than most people care to admit. And no matter how innocent your intentions are, the following 12 soul-crushing toxic phrases do far more harm than good.

Parenting doesn’t come with a handbook, and while parents (more often than not) want the best for their children, we all make mistakes. That doesn’t remove us from the fault of our actions and words, and some phrases can completely change the way a child views themselves and the world.

Regardless of whether you are healing from a toxic childhood, or trying to ensure that you are the best parent you can be, being mindful of these phrases can be a gamechanger.

Children can be selfish by nature, and through experience, they learn to be better and to grow. Instead of telling them they are selfish, or self-centered, teach them not to be. It’s okay to have different parenting styles than others- but it is not okay to thwart their growth by attaching a harsh label to them and teaching them they are inherently bad. Words have power, and by telling a child they only think of themselves, you are setting them up for failure.

Children listen to every single thing we say, and to please us, they will often subconsciously obsess over our words and try to change to be better for us. If you put the limelight on your child’s appearance, they will end up insecure, with low self-esteem, and possibly with disordered eating. Set a good example for them, rather than degrading them based on their looks.

False promises set children up to have trust issues from the very beginning. Not only that, but it will teach them it’s okay to lie, to make false promises to others, and to not follow through with others. Furthermore, it will lead them to be disappointed and your bribes or promises will hold no value with them. Children follow their parent’s lead, so lead by example.

5. “Why aren’t you more like….” (Comparing them to other children)

Do not, and I repeat DO NOT compare your child to someone else. Comparing your children to others will destroy how they perceive themselves. And the fact of the matter is, your child is a unique person with unique traits, dreams, and characteristics. Teaching them early on that they aren’t good enough because they aren’t comparable to another child is a recipe for disaster!

Mistakes happen, and children are human, thus not immune to making mistakes. When we put such a large emphasis on fault, we cultivate a spirit of fear within our children of making mistakes. Try teaching them that mistakes are part of their journey and how to use them as a learning experience.

Abusive words used in the heat of the moment can completely change who a person becomes. Words become self-fulfilling promises, even in adulthood. Think about it: if you told yourself you were stupid all the time, you would accept that as fact and not even try to become wiser. Now, imagine that amplified to a million. A child is in their growing stages- don’t stunt them with your anger and insecurities.

When we teach our children about morality, we teach them that lying is bad. But, what weight does that phrase hold when we don’t practice what we preach and we constantly lie to our kids? The answer is none, and in turn, you will end up teaching them that lying is okay.

Even if this isn’t said directly to your child, when you let them know you are disappointed about them or wish they were “better,” you are leaving them to feel unwanted. Try to remember that children are sensitive and deserve compassion. They deserve to be mentally healthy & happy, and phrases like this will destroy their mental health.

When you refocus a child’s attention to something you are nitpicking them about, they will start to do this on their own. Instead of just being able to exist, learn, flourish and explore themselves, they will start questioning every move they make. In turn, your child will likely end up with an anxiety disorder.

There is no excuse for making your child feel like a burden. All parents feel the weight of being a parent, but don’t put that weight on them. It will end up leading them to feel like they are a burden in general, and that is far too heavy of a weight for a child to have to hold on their shoulders.

Rather than demanding respect, try teaching your child how to respect you. Show them respect, and earn respect by guiding them to do the same to you and others. Respect is not demanded, it’s earned and taught.