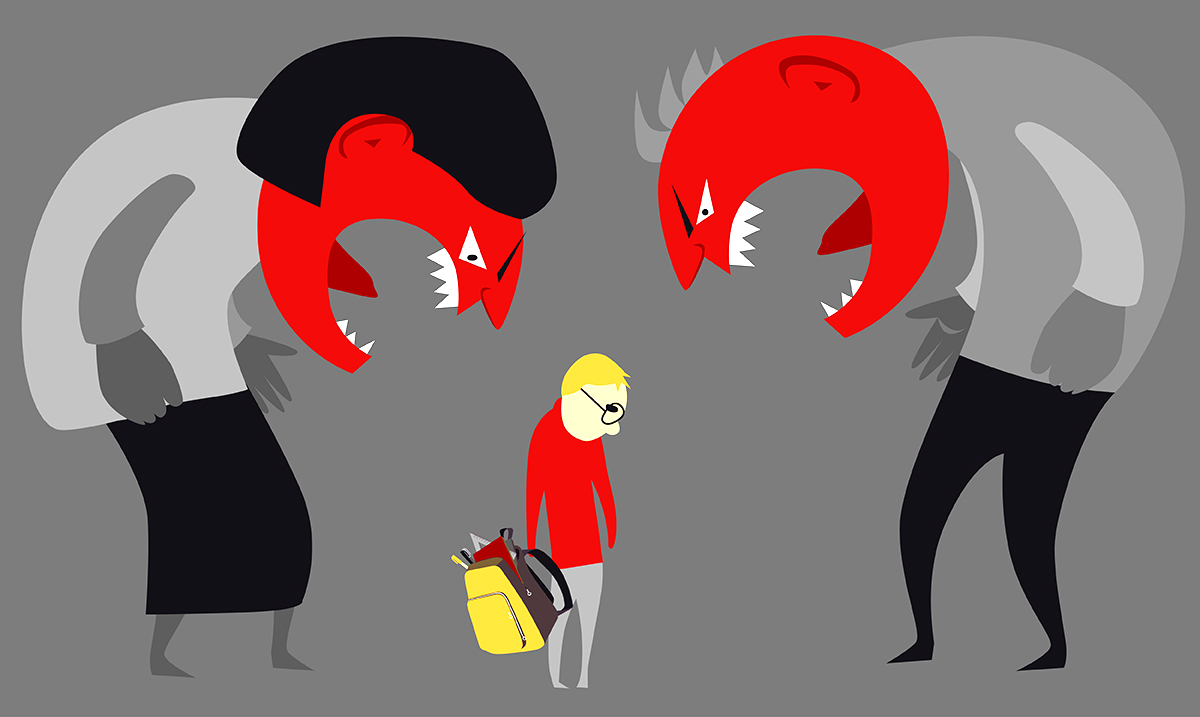 12 Things Toxic Parents Do That Ruin Their Children’s Lives

We all raise our kids how we see fit, but sometimes we make mistakes and that’s something we need to be aware of. When it comes to being a parent, no one has a guide book of what exactly works for every single child.

Don’t get me wrong, making a few mistakes as a parent is very different from being overly toxic and holding your child back entirely, but the more aware someone is of the things they’re doing the better. Below I am going to break down some of the more toxic things parents sometimes do. If you as a parent are doing any of these things you need to change in order to better yourself and help your children to become themselves in the future fully.

Sure, some of them might be done out of love but nothing good will come of them. They might feel right to you but to your kids, they are weighing heavily on them and could easily ruin their lives if you’re more aware of how you’re affecting those who matter the most to you. Now, there are parents who do these things without caring how it affects their children but, if you do care – it’s never too late to change.

12 Things Toxic Parents Do That Can Ruin The Lives Of Their Kids Whether They Realize It Or Not:

1. They’re too hard on their kids when they fail.

Toxic parents are often far too hard on their children. When their kids are unable to do something or fall short it’s like the end of the world to their parents, and it really leaves them scared to make any mistakes. They don’t want to disappoint and work as hard as they can, but that’s not always good enough.

2. They make their children fear them.

Toxic parents want their kids to be afraid of them which is a very dangerous thing. As mothers and fathers, we should be the people our kids come to and when they’re scared of us they can’t do that. They try to handle their own issues without us and it leaves them facing more than they should be dealing with even at a young age.

3. They refuse to let their kids express their true emotions.

When we don’t allow our kids to express their true emotions we leave them struggling to process things overall. When they finally are out on their own they won’t be able to handle things as properly as they should be and well, that’s no good. Toxic parents shun their kids when they are sad or feeling down and make them believe any negative emotion makes them weak when that is nowhere near the case.

4. They do not allow their children personal space.

Toxic parents often refuse to let their kids be themselves. They intrude on their personal space and treat them more as their property than their offspring. While it might not always seem that way, our kids are people just like us, and we need to respect their boundaries.

5. They push their kids to believe the bad things they do are their fault.

Sometimes toxic parents push their children into thinking they’re the ones causing the bad things in their parent’s lives. For instance, when they lose a job or something of the sort they put the weight of that on their child’s shoulder which is only going to break them down more and more. I know, it might not sound like a lot to those who have not experienced it, but this kind of thing can be very damning.

6. They’re always crossing the boundaries of their kids.

As a mother or father your kid is your kid, yes, but he or she is also his or her own person. We as the people who care the most for them need to respect them on some level. Yes, we are the parents, but we still need to let them be who they are and allow them to move through the world as they see fit within reason. We’re here to care for our kids and help them grow not to hold them back and weigh them down after all.

7. They blame their children for the things that go wrong in their lives.

Toxic parents often blame their kids when something goes wrong in their lives. For instance, they say that they’re in a bad mood because they have to take care of their kids instead of going to do something fun. Your kids did not ask to be born, don’t forget that.

8. They don’t show their kids the importance of being close to others.

We as parents need to teach our children how important it is to be around other people. Yes, some of us are more introverted than others, but we all need friends. Toxic parents like to close their kids off from others and that can be a big issue for the child as he or she grows up.

9. They always expect something in return for doing for their kids.

Toxic parents never do anything for their kids without wanting something in return, but that’s not how things are supposed to be. We’re supposed to take care of our kids properly no matter what. They are important and sure chores are fine and things of that nature aren’t an issue, but we don’t need to constantly bring up the nice things we do as if we are doing them only to get something out of it. Our children are not slaves.

10. They refuse to allow their kids to express themselves.

Toxic parents don’t allow their kids to freely be who they are. They try to mold them into someone they want them to be or perhaps even try to live out their lives through them which is toxic in more ways than most realize. Sure, you should have limits but if your kid wants to wear pink, let your kid wear pink it’s not going to kill you.

11. They hold their children to expectations that are far too high.

Toxic parents often put their children up so high that they don’t know how to manage things properly. They end up overly stressed and feeling broken because they cannot live up to the expectations of their parents. This won’t end when they’re on their own, it follows them through their lives no matter what. We should as parents be showing our kids that we all fall down and that what matters is getting back up and moving on as best we can.

12. They force their kids into taking care of them instead of the other way around.

Our kids are not supposed to be the ones taking care of us, we are the ones who should be taking care of them. Toxic parents rely too heavily on their children in some cases, and it makes them grow up far too quickly. I know, teaching them responsibilities is important, but that should come as they grow not right off the bat.