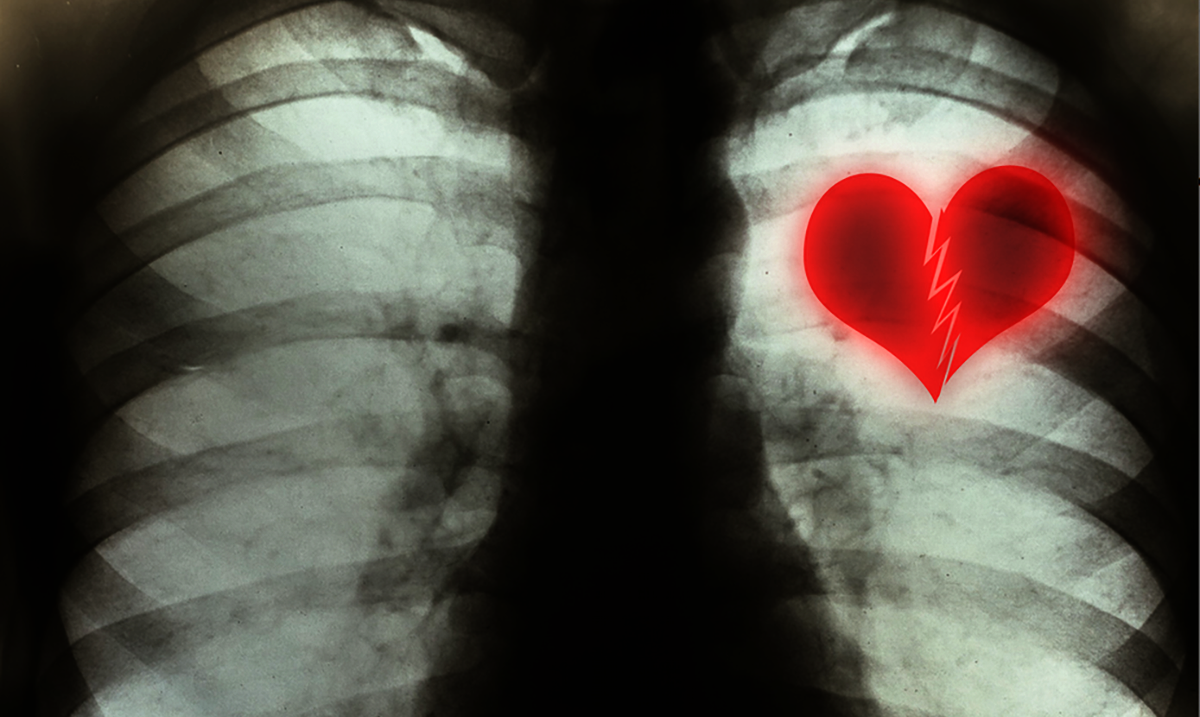 Most people think of heartbreak as an emotional ailment. We assume that when we mention the word heartbreak that we are in emotional pain, but the fact of the matter is, the effects go far beyond that.

There is a literal syndrome referred to as broken heart syndrome. The effects of heartbreak go far beyond the symptoms of grief that include sadness and depression. It’s more than tears and emotional wounds. If this surprises you, then I highly suggest you check out the following list of physical ways heartbreak can impact you.

Research featured in Psychological Science looked at the heart rates of people in the moments after they were made to feel socially rejected. What they found was that people’s heart rates dropped when they felt hurt, or heartbroken.

When we are heartbroken, our levels of stress go off the charts. In turn, our body produces stress hormones, which can cause several bad things to happen.

It’s very difficult to think straight when you are heartbroken. Critical thinking skills and self-control both decrease shortly after heartbreak.

After heartbreak, part of the heart is temporarily enlarged in some cases. This causes a short-lived heart problem that can make it feel as though you are having a heart attack.

Emotional distress can cause physical pain. This is why many people who have depression report to their doctors with headaches, aches and pains, and other physical symptoms.

Much like an addiction to hard drugs, when we break up or get heartbroken, we crave the person that broke our heart. We may promise ourselves over and over that we won’t look at their picture or stalk their Facebook, but when we do, we temporarily find relief.

Because of the high amounts of stress heartbreak causes us, we often lose our hair when we are heartbroken. Even months later, you may notice this, and it’s because our body doesn’t fully register the stress at first.

Having a broken heart, especially if it’s due to lose or a major betrayal, can cause the body to respond with nausea and even vomiting.

After a breakup, many stress hormones in our bodies can cause us to have insomnia. We may end up sleeping less, and tossing and turning on most nights for months.

Panic attacks are horrifying. Since heartbreak affects the heart by causing it to become enlarged, it can cause our heart to beat erratically. This alone could cause a panic attack, but then, when you add the increased levels of cortisol (which is the fight/flight hormone) it’s no wonder that heartbreak causes severe panic attacks.