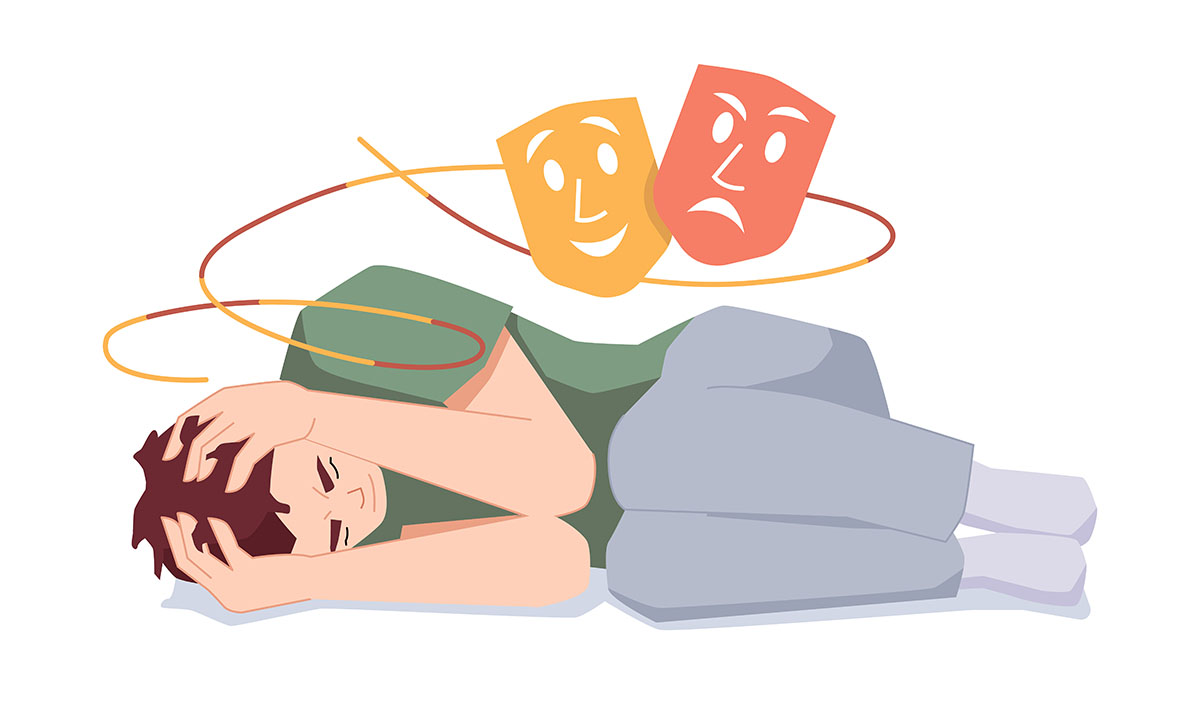 12 Signs of a Psychotic Disorder

By Harley MansonAugust 21, 2021No Comments

Psychotic disorders are mental illnesses that are severely impairing and ultimately cause the person suffering to completely lose touch with reality. Even scarier is the fact that not all of the symptoms of this disorder are as obvious as you would think.

Psychosis and psychotic disorders are characterized as disruptions to a person’s thoughts and perceptions, according to the National Alliance of Mental Health (NAMI.) And approximately 100,000 young people experience psychosis each year. Even scarier, NAMI reports that 3 in 100 people will have a psychotic episode during the span of their lives.

However, the good news is, if you catch the early warning signs of a psychotic disorder or psychotic episode, it makes it easier to improve your overall chances of getting treating and coming out with a better long-term prognosis.

Check out these 12 signs of a psychotic disorder, so you can be aware of what to look out for in case you ever have to deal with psychosis first-hand.

Delusions are false ideas or narratives that have no grounding in reality. However, a delusional person isn’t likely to stand down from their delusion, even if you prove them wrong. They may believe the television is speaking to them directly, others can hear their thoughts or that other people are trying to poison and control them. If you are around someone delusional this is a major red flag that the person needs immediate help.

In the early stages, and even throughout the disorder, those suffering from psychosis may seem confused or even scared. They may lose track of where they are, the people they are speaking to, and feel distant from reality. This confusion can be dangerous because it can cause the person suffering to end up lost and unable to comprehend their settings.

Hallucinations can include audio (hearing), tactile (feeling), or visual (through the eyes.) Others have even reported smelling smells that aren’t there or having strange tastes in their mouth. Visual hallucinations can be extremely unsettling – and hallucinations, in general, will make it difficult for the person suffering to differentiate between what is real and what isn’t.

Anhedonia is a symptom that causes you to lose interest in motivating yourself or becoming excited over almost anything. Those who endure it will lose interest in spending time with the people they love, going to their favorite places, and partaking in any of the activities they once loved. Many report this as a feeling of emptiness, but no matter how this symptom comes out, it can be a very dangerous and depressing thing to endure.

Those suffering from a psychotic disorder may move more slowly than others. Their movements may look strange or forced and appear odd to those observing.

7. Loss of interest in personal hygiene.

When someone who once took pride in their hygiene completely seems to lose the interest or ability to take care of themselves, it may be time for an intervention. While this doesn’t always equate to a psychotic disorder, it is worth checking on.

8. Cold or emotionless expressions and mannerisms.

During a psychotic episode, a person may appear lost, or emotionless when you look into their eyes. They may be shifty but not quite present in the moment. And at times- they may display emotional responses that are inappropriate to the situation (like laughing when someone is crying.)

Especially during the early stages, those suffering from psychosis will begin to withdraw from friends, family, and loved ones. Instead of spending time with the people they love most, they will likely begin to spend their time in isolation.

Paranoia is probably one of the better-known symptoms of psychosis. Someone who is paranoid may think their partner is out to get them, or that their friends are conspiring against them. They may show distrust in a doctor they once trusted, and seem fearful of everyone they encounter.

Oftentimes, people dealing with a psychotic disorder may feel like they are talking to spirits or God himself. They may look for signs during a radio broadcast and believe firmly they are the second coming of the messiah. In some cases, they may become obsessed with spiritual ideas or beliefs that they normally wouldn’t entertain.

Someone who is psychotic may misunderstand your facial expression and use their perceptions to back a delusion forming in their mind. They may misunderstand someone’s intentions and become fearful that the person will hurt them. And sometimes, they may believe that a major event like a natural disaster was somehow caused by their thoughts.
Thankfully, though, psychotic disorders and psychosis are easily treatable, once the person is under care with a psychiatrist or psychotherapist. Patients can find a better outcome with swift treatment. Treatments include medication therapy, psychotherapy, peer support, ongoing education, and family support. If you or someone you love are showing signs of psychosis, please reach out to a trusted physician.