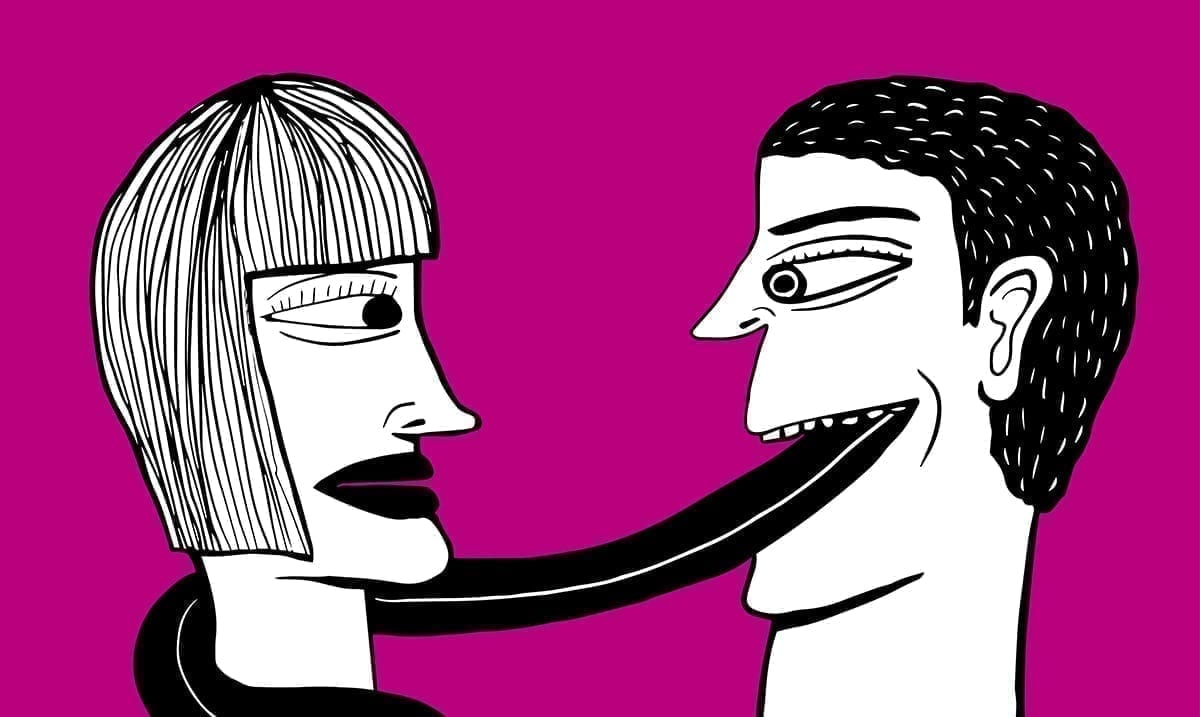 12 Relationship Red Flags – Ignore At Your Own Risk

Most people put their romantic relationships pretty high up in their minds and while we should, we should also be aware when things turn sour. Sticking around while red flags are waving everywhere, isn’t a good idea.

Just because you feel a bond or attachment to someone doesn’t mean you should allow them to remain in your life when they’re doing nothing but tearing you down. Sure, some issues can be worked through but not all of them can. Before diving into love you should really get to know yourself and then the person you’re interested in. Don’t start dating and worry about the rest later, that in itself is a recipe for disaster.

Below I am going to go over some of the relationship red flags that indicate the romantic situation you’re in isn’t as positive as you might want it to be. This meaning you should probably be jumping ship and spending some time healing within before really looking for someone else to be with. You don’t have to put up with being treated badly just because you love someone, you can still do what’s best for you and honestly, that’s exactly what you should do.

12 Relationship Red Flags You Should Not Be Ignoring:

1. The person you’re with will not ever own up to his or her wrongdoings.

When the person you’re with doesn’t take responsibility for his or her actions, you have a serious issue present. In a functioning relationship, everyone owns up to their mistakes and apologized when they should. Without this ability, things get tense and frustrating quickly.

2. The people who care the most about you are worried about you and what you’re facing with this person.

When the people who care the most about you come to you with their concerns it is because they are seeing things that they feel are not right. Don’t take it as them attacking you or your relationship. If you know this person is coming to you because they care, hear them out. Sometimes we overlook toxic behavior because we do not want to admit that it is present.

3. You feel like there are things this person is hiding from you.

If you feel like your partner is constantly hiding something from you being happy with them is not going to be possible. You’re always going to feel like there is something you’re not aware of and it’s going to break you apart within. If you can’t sit down and put everything out there on the table, what’s the point in sticking around?

4. You are not able to properly communicate with one another.

Communication is important to all relationships. You and your partner need to be able to sit down and discuss things one on one. If you cannot do this, there is no point in being together. You’ll only ever face unresolved conflicts if you can’t talk to one another properly.

Your partner should be the person above all else who is your biggest fan. He or she builds you up and makes you feel great. If your partner is not doing that and instead only makes you feel insecure, you’re with the wrong person, period.

6. You often catch him or her flirting with others.

When you’re in love with someone and they’re in love with you they shouldn’t flirt with other people. Don’t get me wrong I know sometimes it might not be something someone realizes they are doing but if your partner is always sending suggestive texts and talking to people of the opposite sex in ways that they shouldn’t be, you know when lines have been crossed. The more they flirt with other people the more insecure you end up feeling and it only causes issues time and time again.

7. There is no mutual sense of trust between the two of you.

Trust is not something you have and because of that, there is no reason to be together. Trust is needed for all relationships don’t dive into something with someone you don’t truly believe is with you for the right reasons. You both need to be able to understand one another and believe in one another without doubt.

8. You can tell that you are being manipulated on some level.

While we can’t always pick up on manipulation sometimes we can and if you feel like you’re being manipulated you probably are. The more someone uses you the more apparent it will become to you. If things are not lining up as you think they should stop wasting your time.

9. Your partner is always unpredictable.

If you’re constantly walking on eggshells around your partner you do not need to be with this person. They only ever make you nervous and frustrated which isn’t good for your wellbeing as a whole. You deserve a peace of mind.

10. You feel like this person is trying to control you.

When someone is trying to control you, you’re going to be able to tell. Sure, at first the signs might not be as clear but as time passes it will become something that cannot be denied. You should be making your own decisions in life, period.

11. You do not feel like you are being respected properly.

Respect is not something that your partner should be withholding from you. When you feel disrespected you should not stick around. If someone refuses to show you the care and respect you give them they do not deserve a place in your life, period.

12. You are being physically abused or talked down to.

If someone is physically abusing you or talking down to you time after time you don’t need to be there with them. They are only using you and you’re only letting them hurt you further. You deserve better.