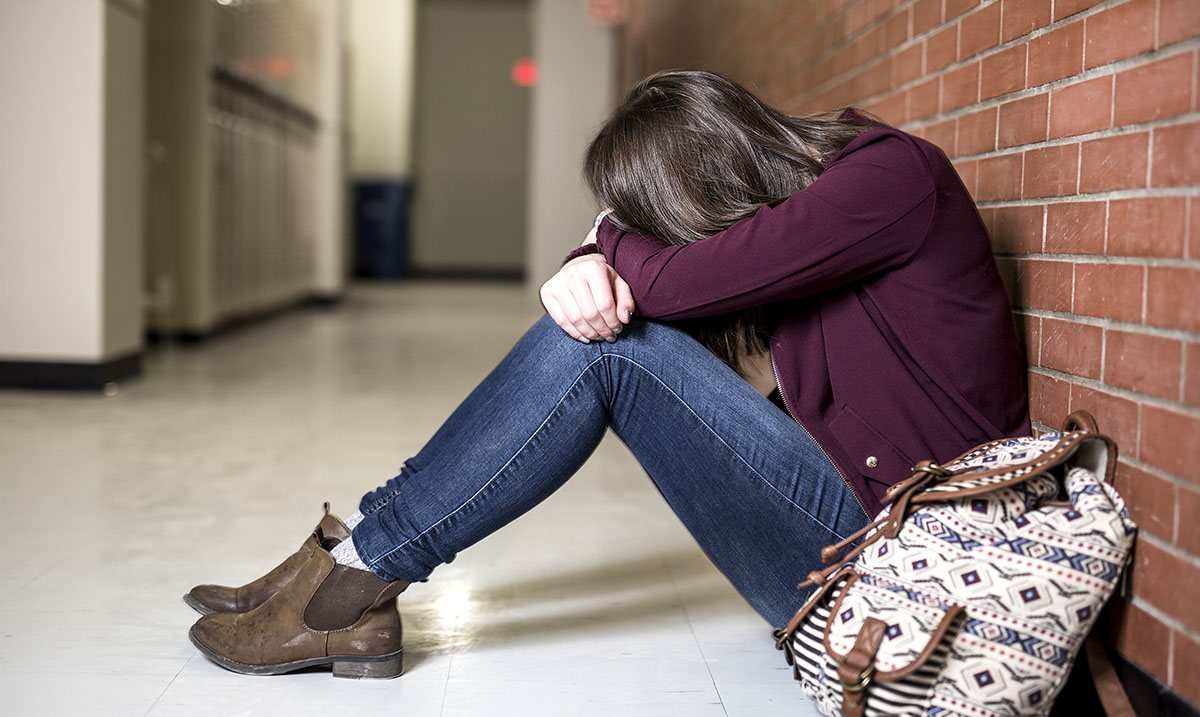 There is no denying the surge in anxious teens and stressed out youths we’ve been seeing throughout the past few years. The 2000s in many ways have been full of breakdowns and torn emotions.

In this day and age we are creating a world that forces this kind of thing to come to the surface and doesn’t properly allow children a place to show their emotions and find themselves. As parents, we should be working to better the lives of our children on all levels, but we for some reason let their mental health and emotional well-being fall through the cracks all too often.

Below I am going to go over some things that seem to be contributing to this anxious world our teens are growing up in and what is making their struggles so much worse. Sure, not all of these things will be affecting every single teen but some of them could be real issues in the lives of those closest to you. How many of these make sense to you?

12 Reasons Why Teens Struggle So Much With Anxiety In Modern Times:

1. We hide our emotions and still expect them to show theirs?

How in the world can we expect our children to show us what they’re going through if they think we’re always in one mood and never changing. They don’t need to see everything, but they do need to know that we even as adults struggle sometimes. This makes them feel less alone and sets the mood for them to properly open up.

2. We try to shelter them too much or not enough.

While we might not realize it through sheltering them too much we can hinder their growth and through allowing them to face too much on their own we can also ruin their well-being in more ways than expected. We have to be there for our teens and allow them to make their own mistakes within reason. Sometimes we need to be a friend and sometimes we need to be a protector we have to know when what is needed and how to go about it.

3. Electronics allow them a place to escape without dealing with their emotions.

While there is nothing wrong with spending some of their time online or playing video games, your teens’ lives shouldn’t revolve around just that. They might throw themselves into it to avoid the things they’re facing but that’s not necessarily healthy. They need to be limited in this aspect and aware that they can open up to you if they need someone to talk to.

4. We set unrealistic goals for them.

Sure, you might want your teen to do well in school and in life but making him or her out to be perfect isn’t going to do anything but damage. We all have limits and we all make mistakes. Sometimes their ‘best’ attempt needs to be accepted as good enough in your eyes.

5. They are not taught to embrace the negative emotions they feel.

The less we teach our children about their feelings the harder it’s going to be for them to address them. If they are made to think that putting on a smile and pretending everything is fine is how life should be lived that is what they will do. They will refuse to show their vulnerable side and hide their nervousness behind anything they can.

6. We don’t teach them how to deal with stress.

While stress is something we all face at all ages for some reason many of us don’t stop to consider how our children face it. We need to teach them how to handle stress and that sometimes it’s okay to take a step back. If we don’t they won’t be capable of processing in the ways that they should be.

7. We don’t make them put themselves out there and aren’t supportive in areas where we should be.

While we shouldn’t make our kids do everything we want them to, we have to push them sometimes. We need them to be capable of putting themselves out there in the world at a seemingly young age so that as they grow into adults they can stand up and do things for themselves. The more we do for them the more they will rely on us. We should support them but also let them do things on their own from time to time.

You shouldn’t call your child the best or act as though they are perfect. We are all human and we all make mistakes. Don’t build someone up to be larger than life because if you do it will make them feel as though they are disappointing you when something bad happens and in many ways make them feel better than others depending on how things progress. You would be surprised at the number of anxious people I know who feel like their parents are going to be devastated if they fail or make the wrong move in life, they just want to prove themselves.

9. We close them off rather than pushing them to face their fears.

We should always push our teens to face their fears within reason. If something is bothering them we should make sure that they are resolving the issues surrounding it. If they don’t learn to do this then as they grow up they will become far more anxious and unable to deal with it and the things that come with it.

10. We get too caught up in providing for them that we forget to care for their minds.

We might give them food, clothes, a roof over their heads, and other things of the sort but that’s not all your teens need. They need someone to talk to and share things with. Caring for not just their physical body but also their minds and emotional needs is crucial.

11. We just aren’t taking the time to truly listen.

When our teens come to us rather than making the time to hear them out we are ignoring them and dismissing their emotions. We should never invalidate them or make them question themselves. They are going through things that are very real and sometimes they need our help.

12. We’re not asking the right questions.

When it comes to talking with our teens we need to ask them questions. Ask them about their emotions and really try to get them to open up. When you are simply asking them how their day was and not taking the steps to figure out what their day entailed, you are really messing up as a parent.