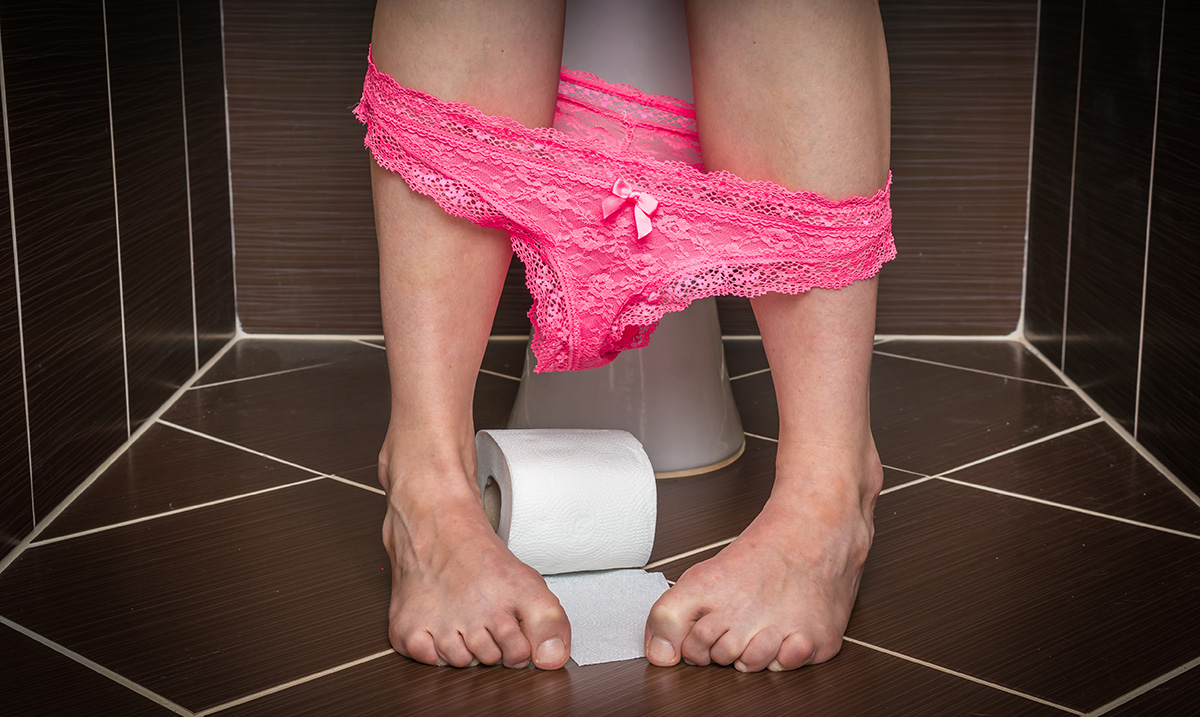 12 Gross Things Girls Do But Pretend They Don’t

There is this really weird perception of women in our society that would have a lot of males believing that we are some kind of pristine Goddess when in reality, we can be just as gross if not grosser than men. In a great AskReddit thread, one user asks “Girls of Reddit, what’s something super gross that all girls do but will never admit?”

Of course, there were a ton of comments, but I picked out the ones that are the most relatable. However, for those of you who are men reading this out of curiosity-beware, you cannot unsee the following. But, I do think it’s pretty important to go ahead and shatter the facade for those of you who don’t know the following, so we can just collectively move forward as a society with the understanding that women are not mythical creatures, but instead, regular human beings.

If I had a nickel for every time I looked back into the toilet while on my period and thought My God did I just birth an alien baby? I’d have at least several nickels.

I once accidentally pulled out my Mirena, for 9 days following that I was dropping clots the size of my thumb or bigger, roughly the consistency of beef liver (yeah I poked it). Went to the ER to make sure my cervix wasn’t falling out. My chart read abnormal periods, and the intake nurse was pretty condescending about it. She asked me for a urine sample and while I was going I dropped a clot in the cup. I came out and handed it to her and asked for another cup. The look on her face was priceless. She immediately rushed me back for a sonogram.

I can only speak for my sister and me, but on the day before I wash my hair, I scratch my head like crazy and dandruff goes everywhere. And then I pick it out of my fingernails. Gross, I know. But I see lots of girls with dandruffy hair (and have braided enough people’s hair to see it too) so I’m guessing they do it too.

When I’m on my period, and not wearing a tampon if I have a big sneeze or someone squeezes me during a hug a clump of blood will come out due to the force. It feels disgusting. One of my ex’s would purposefully squeeze me tight in a hug to see my reaction. He knew how to be an asshole sometimes…

Vagina smells constantly change, depending on many factors. I am talking about any smell unrelated to infection. The smells are pleasant most of the time (or no smell at all) but sometimes like…WOW…awful. Usually jizz-related or wiping-related or a hormone-related ammonia smell from the deep depths of hell…but I still think it’s kinda cool. Prob will get downvoted, but it’s true.

Getting hair (from your head) stuck in your butt crack while showering and loving the feeling of pulling the strands out.

Back when I wore tampons, I peed on the string after I put it in so that it wouldn’t irritate my vag.

Also on my period, in the shower, I’d pull my butt cheeks apart and let the water flow along my vag from behind. So much red.

Not all girls may know this, but if a lady is constipated they can put their finger up their vagina and can feel the poop backed up; one can massage it down and out through the back wall. DISCLAIMER: Don’t do this too often!! You’re welcome.

when I ovulate, I tend to excrete a ton of discharge. Not a metric ton, an illustrative ton. Anyway, a few times while at work, when it’s been about four hours between bathroom breaks, I’ll go to pull down my undies and will end up ripping out pubes in the process because there’s some crazy sticky stuff going on down there. It feels gross, it fucking HURTS, and the first time it happened I was positive that I had every disease forever and was going to die. I talked to my best friend about it, and she’s got three older sisters, so she was just like “oh honey, yeah. That’s how we do.”

I can’t remember the last time I washed my bra

When I’m on my period, I will just stand in the shower and watch blood run down my legs into the drain and imagine I am a warrior princess who is standing in the aftermath of a battle in which she has murdered all of her enemies

Go without a pad when they’re in the danger zone (either just about to get their period or when it’s starting to trail off).