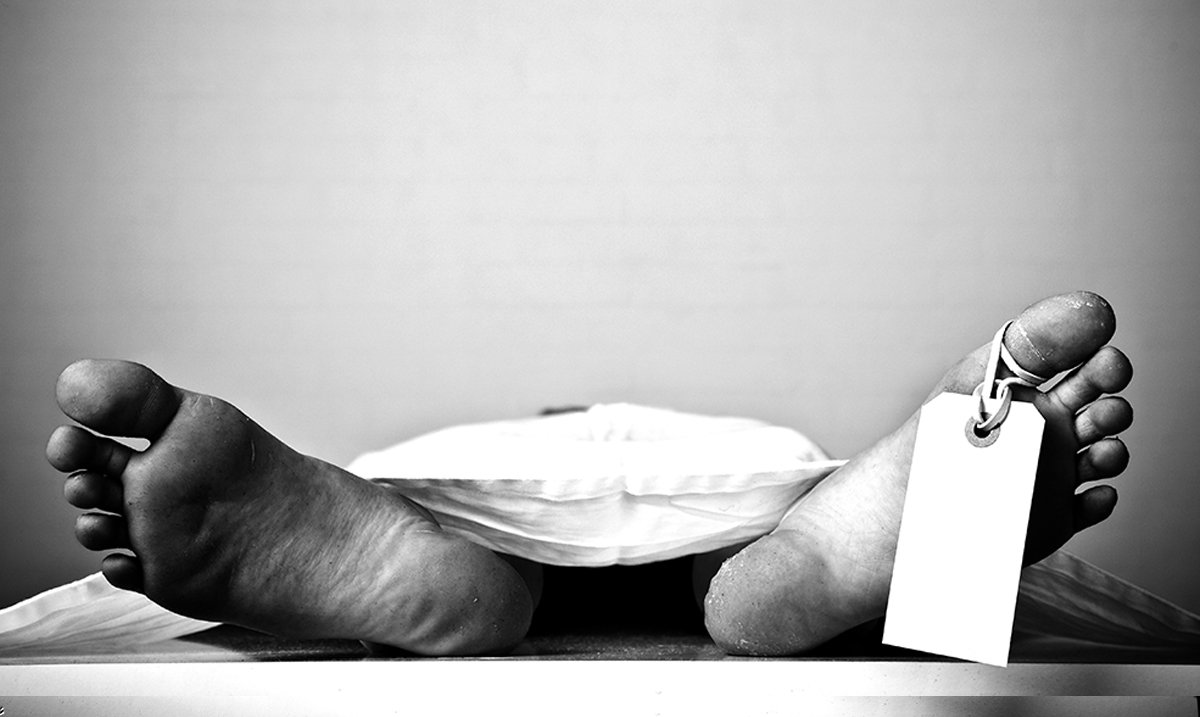 Death might seem scary but as time has passed we have learned a lot about it. Science never ceases to amaze me.

If you’re someone who is fascinated with death and all that surrounds it the following things might really perk your interest. How many of these facts did you know? I for one was blown away by some.

12 Facts About Death Most People Are Not Aware Of:

1. Livor mortis (different from rigor mortis) can set in within 20 minutes of death.

Most people know what rigor mortis is but are completely unaware of something known as livor mortis. Livor mortis is also known as hypostasis and it is discoloration of the skin due to the pooling of blood. This doesn’t set in quickly for everyone but can for many. It happens because the heart is when someone passes no longer able to circulate the blood within the body.

While near-death experiences might feel extreme and intense, they, for the most part, are in some ways just lucid dreams while in crisis mode. An experiment carried out through a specific study done by those from an organization in California found that people could literally be conditioned to have near-death experience dreams. Out-of-body experiences are not quite as spiritual as we might assume they are in the moment.

3. Hair and fingernails don’t technically still grow when we die although many believe they do.

Yes, when we die it does look like our hair and fingernails are still growing, but they are not technically doing-so. They appear longer not because they are growing but because the skin around them is retracting. When we dehydrate as we do when we are no longer alive our skin and other tissue shrinks causing this appearance.

4. The leading cause of death in young people is car accidents.

Motor vehicle accidents happen all the time and while many are not fatal tons of them are. While they are not the overall leading cause of death, they are the leading cause in regards to young people outside of violent acts. This has reigned true for several years and is for a number of reasons.

There are quite a few different animals that are considered able to ‘live forever’ given that they are not killed or injured by some kind of outside source. These animals do not die of old age but instead, die from means that are brought on by other influences. This is referred to as biological immortality and holds true for animals like the ocean quahog, some jellyfish species, American lobsters, and so forth. You can click here to read more on biological immortality.

6. The brain dies before the rest of the body does (usually).

While not true for all cases, usually the brain stops working long before the rest of the organs and so forth within the body die off. There are cells and so forth that remain active even when everything else has long since passed. While confusing it is something that we all should be aware of.

7. Our ‘energy’ cannot be destroyed.

The first law of thermodynamics is that energy cannot be created or destroyed in an isolated system. This suggesting that even when we are gone our energy is still present. While hard to wrap your head around this one is something that is worth diving into.

8. There is a syndrome known as ‘walking corpse syndrome’ that will blow your mind.

Cotard’s syndrome or cotard delusion is, for the most part, referred to as walking corpse syndrome. This is a mental disorder that leaves the person affected thinking they are moving around in a zombie-like state. They believe that they are already dead or that they have lost their blood/organs.

9. Consciousness doesn’t end as soon as we ‘die.’

According to some scientists, it is thought that we remain conscious for sometime after our bodies have moved on. This is because of the hyper-alert state the moments before death put us in but could also be broken down in many ways. This in a lot of ways also feeds into why some people are able to be brought back after having clinically passed on. You can read more on this by clicking here.

10. Our intestinal bacteria live on once we’ve passed.

We all have intestinal bacteria that feed on our bowel movements and so forth but when we die those bacteria don’t just pass away with us. Because they are not technically parts of our body they continue to live and feed. They actually, for the most part, end up eating away at the tissues that remain.

Some genes when someone or something dies can remain active long after death. In some species, it has been found that up to four days genes were still thriving. While this might give you the heeby-jeebies it is quite fascinating to think about.

12. Some bodies develop a wax after they die that can preserve their remains for years to come.

While not all bodies do this, some bodies form a waxy substance known as adipocere which in a sense mummifies the body. This is a white-ish substance and preserves bodies extremely well. It happens because of the oxygen around the body when buried partnered with the bacteria inside of the soil itself.