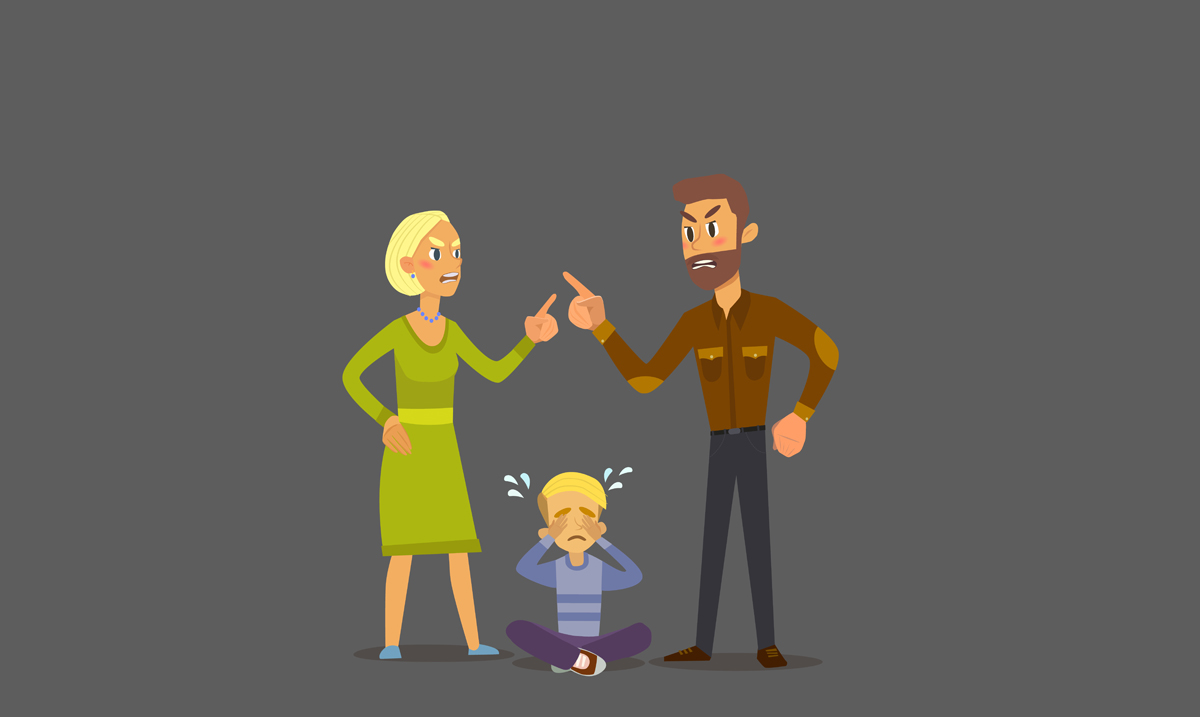 I, too, am someone who comes from a broken home and I know how hard it can be to grow up in situations like that. Whether you’re without both parents, dealing with them having split, or just experiencing something very toxic with them still around a broken home can take a serious toll on you. It affects how you view love and where you go from where you are in the moment.

Below, I am going to go over some ways in which I have noticed that growing up in a broken home changes the way that we tend to show our love and perhaps even feel it in some ways. While these things may not be true for every single person, they hold true to me and the people around me who also come from similar situations. Understanding why you are the way you are is important, and it will help you address issues that need to be addressed. That being said, most of the things on this list are not bad things.

1. They are more compassionate than most.

People who know what it’s like to really struggle seem to take the most to heart with others. They care about people they see and don’t want anyone else suffering. If they can help someone, they make sure to do exactly that.

2. They are far more protective of the people they care about than anyone else would be.

While this isn’t necessarily a bad thing, it can be. People who have been through a lot seem to be more on edge than most, and they’re very protective of the people who end up closest to them. They will go to the ends of the Earth just to please them.

3. They do not give trust easily, it must be earned and once it’s lost going back is almost impossible.

Trust with someone like this doesn’t come easily, you have to work for it. They never just dish it out and see how things go. After someone shows them they deserve their trust, things are great but breaking that trust means falling out completely.

4. They take their time opening up because they’re often quite afraid of love.

People who come from toxic environments overall are not usually quick to open up. They close themselves off and refuse to let most people in. They may choose a few to hold close but if you’re one of those few, you’re damn lucky.

5. They often struggle with showing others their vulnerable sides.

Sure, you might want them to open up to you but things are never always that easy. It’s hard for people from toxic situations to show their vulnerable side because they had to hide it for so long. All they know is how to pretend to be strong.

6. They are sometimes not as good at saying the things they’re feeling as they should be.

These kinds of people don’t always know how to express their emotions. Sometimes they may lock things away and refuse to deal with them. For some that is easier than facing the feelings at hand.

7. Sometimes they lash out without realizing it and it’s something they have to work on to resolve within.

While this might not be the most common sign on this list it is an important one to be aware of. People who come from toxic situations can sometimes end up repeating cycles that most want to stay far away from. If they’re lashing out, precautions need to be taken.

8. They are very blunt and don’t usually filter their mouths.

They do not usually filter themselves at all. They tend to say what they want when they want above all else. This is because they do not have time to hold back anymore.

9. They feel bad when they have to speak the truth sometimes because they are afraid of losing those closest to them.

They are not usually the kind to really want to bring bad things to light or share things with those that may hurt them. Because of this sometimes they withhold information which can really cause issues in relationships. While they aren’t doing it to be mean, they feel it’s the right thing even though it’s not.

10. They have set boundaries and do not give room to budge.

People who come from toxic situations do not budge on their boundaries. Once they are set that’s it. There is no trying to compromise in this area.

11. They need their personal space more than most other people do.

While we all need personal space and alone time, it seems like those who come from broken homes need more of this to me. I feel that is because they are custom to it in some ways. It’s the best means for them to clear their minds, and they’ve come to terms with that quicker than most other people ever will.