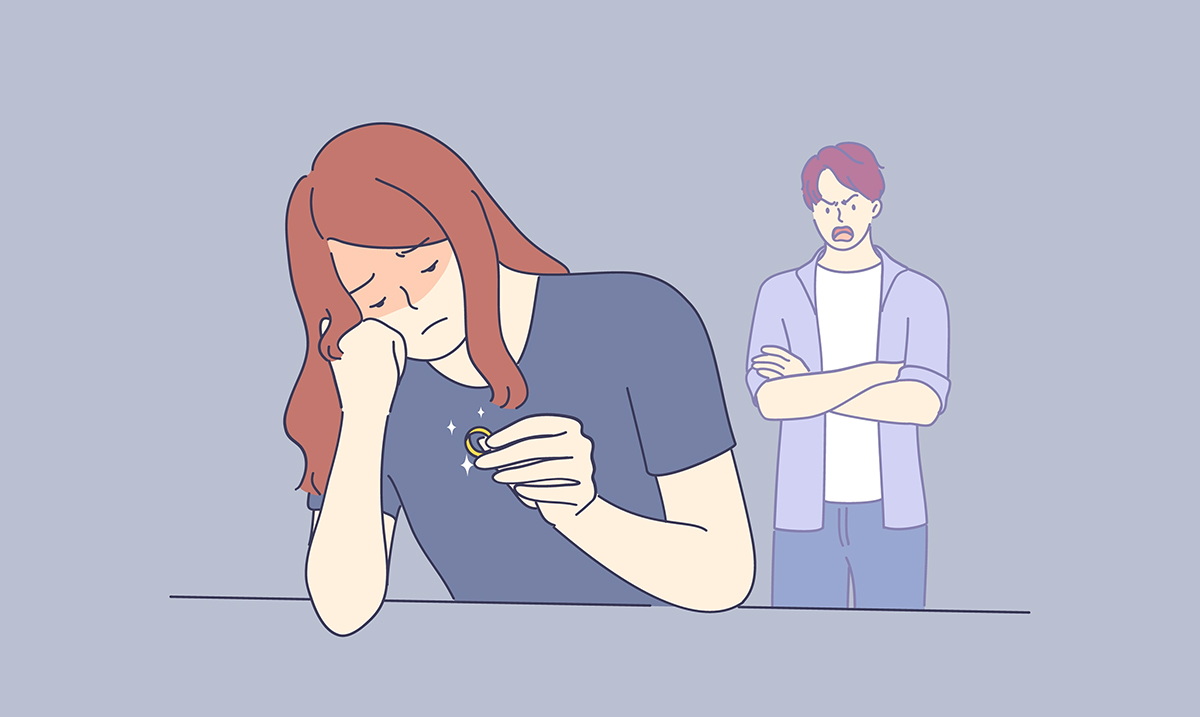 11 Types Of Men You Should Never Marry

Finding a partner that will stick with you through thick and thin and be a good match for your energy isn’t easy. And while it may not be easy to find the one, it’s much easier to wait for the one than it is to deal with years of heartbreak with the wrong one.

I am a firm believer that people change and can grow, however, waiting on someone to change and grow on their time is not worth your time. Because while people can change, this doesn’t mean they always will. And settling for Mr. Wrong because he has potential is a recipe for disaster. There are some men that you just simply shouldn’t marry, and of course, there are some types of women that are the same way. Honestly, everything I say below can be reversed and said for women too.

With that being said, if you are with someone that matches the following, I wouldn’t invest in marriage with them just yet.

A selfish man is not a good catch for marrying, because marriage requires selflessness and compassion, which are two things a selfish man cannot give you. And while you might be able to make it work for a while, you are always going to be pouring from an empty cup, and after a while, that is going to drain you.

When you start dating someone, and they say I love you within a few days of meeting you, something is not right. First and foremost, genuine love takes time to build. Secondly, typically people who love bombs are quite toxic overall, and this is a major red flag. Do not, and I repeat, do NOT marry someone just because they try to tell you that they believe you are their soulmate five minutes in. I promise it’s a horrible idea.

A codependent man may seem endearing at first, but as time goes on, it’s going to become a problem. Codependency is different than love, and when someone is always attached to you at the hip, to the point in which you cannot even breathe without them down your neck, it’s not conducive to a healthy marriage.

Narcissists are geared in a way that makes them fundamentally bad in relationships. NPD (narcissistic personality disorder) is hallmarked by unstable relationships, grandiose selfishness, and abuse. Need I say more?

Someone who is emotionally unstable is not ready for marriage. And until they can resolve whatever it is inside of them that is making them unstable, they will continue to lack control and stability over themselves, which can spell disastrous in a marriage.

There are cases in which people make mistakes, but when you are with a man that makes the same mistake time and time again, especially one that involves cheating, it isn’t going to work. The heartbreak of being cheated on once is bad enough, could you imagine always wondering when he’s going to find the one that finally takes him away for good? Save your sanity, and leave him.

7. The materialistic and shallow man.

Everyone can be materialistic and shallow in their way, but someone whose personality is geared entirely into these tendencies isn’t going to make you happy. Why? Because their mission in life is based on aesthetics and greed. Which is not a good fit for marriage.

We’ve all witnessed it, a friend or family member who cannot break free from her partner to make decisions or spend time without him. He calls and calls, berating her whenever she doesn’t return exactly when he asked. Or maybe you’ve been in this relationship yourself. Whatever the case may be, can you imagine spending your life with that guy? Not me, sis.

Someone who is inherently judgmental can be rudely critical and downright degrading. Tendencies like this can wear you down in an abusive way. I’m sorry, but I wouldn’t want to be with someone that judges everyone constantly and refuses to see themselves.

10. The man who is afraid of commitment.

I cannot tell you how many times I have witnessed a friend who is with a man that refuses to commit. No matter how many times and how long you push a man who says he doesn’t want to get married, if he does eventually give in, it’s not going to be for the right reasons. I’m not saying anyone should ever rush, but when he tells you for years he doesn’t want to marry you or commit to you, it’s a bad sign. Don’t chase a man like this, let him go.

And then there is the guy that leaves and comes back, and then leaves again. He’s always sure the grass is greener on the other side until he sets himself free for a bit. Then, he returns, promising loyalty and commitment, before leaving yet again. A man like this cannot be trusted.