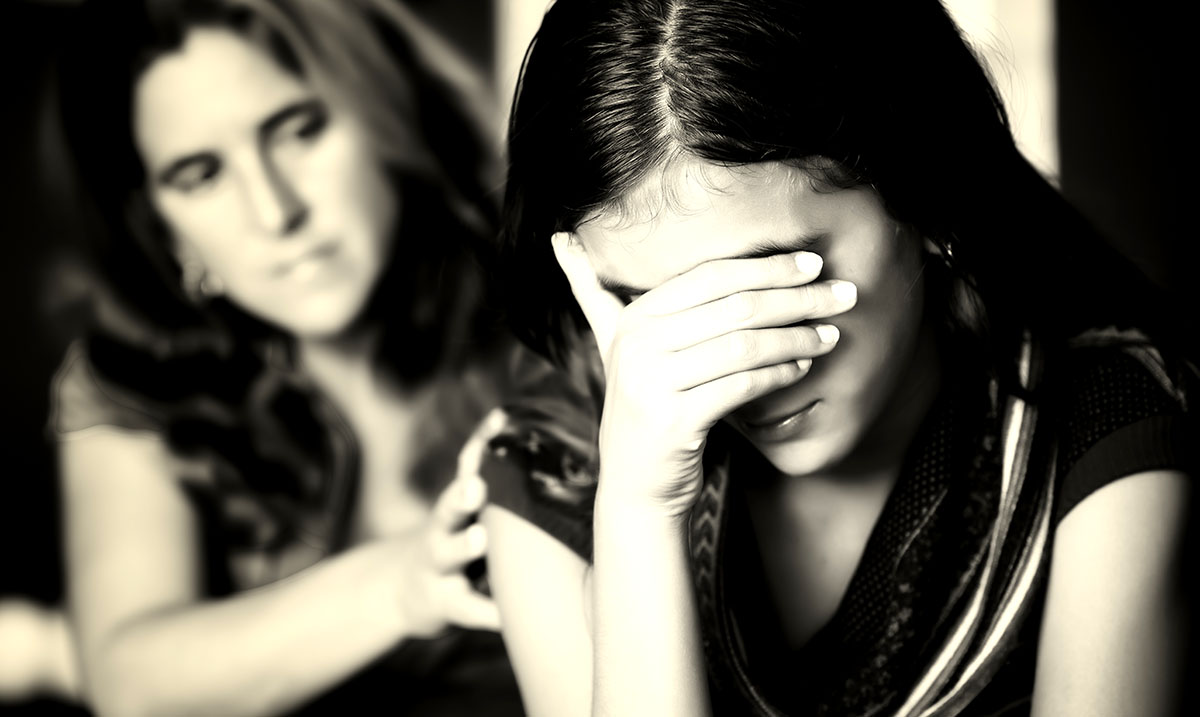 By Harley MansonOctober 28, 2022No Comments

Being a parent of a teen is an entirely different ballgame. While I thought the toddler years were rough, by the time my kids had reached ‘teenhood’ I longed for the terrible twos.

Now, don’t get me wrong, I LOVE my kids at all stages. But, there are some things I wished I had been better equipped for. Now that my oldest has left the nest, there are many things I have realized that I wish I would have known sooner. Perhaps the hardest part of raising a teen is watching the tiny baby that needs you to do everything for them turn into a young adult who just wants you to give them space to grow. It happens almost overnight, or at least it seems that way.

Below, I have listed the 9 truths that every parent of a teen needs to accept to be happier and to lead a more peaceful life as a parent.

1. Your own faults will be mirrored by your teen.

One thing that no one ever prepared me for was that my teenager would have nearly all of my faults. You know that old saying that we find fault in others for the things we despise about ourselves? Well, it’s true.

2. Stop trying to change them.

3. Your parenting role will shift throughout your child’s life.

The hats are worn by a parent change throughout their child’s life. When they are an infant, they need you for everything. Around the toddler years, they need more independence but still cling to you. However, by the time they reach teenhood- they want you to leave them be. But, no matter how much they may ask for total space- they still need you, more than they are willing to admit.

4. They are going to do stupid things.

Your teen is going to do things that you would have never imagined. And a lot of those things are going to be downright stupid. Remember, they are human and are going to make mistakes. So, while it’s our job to help them learn- part of learning is realizing that mistakes aren’t the end of the world.

5. They need your support, more than they will ever ask.

The older they get, the more they think they need to get as far away from you as possible. But- don’t leave them to fend for themselves. While part of them may push you away, the other part of them needs you to help guide them, support them and genuinely be present for them when they need you.

6. There will be days when you do not like them.

You will always love them, but there will be days when you don’t like them at all. That is completely normal and okay.

Yes, some battles will be worth the effort, but if you try to battle it out over every little thing- you are going to end up exhausted. Choose what is important and don’t worry about the rest.

8. You will worry more than you ever thought possible.

I don’t think I knew was stress was until my child reached their teenage years. Suddenly, my baby, the one who needed me to pick out his clothes just a few years before, was driving a two-ton death machine- and quite frankly, I wasn’t prepared. But, the vast majority of my fears never happened. And he is safe and sound. I still haven’t stopped worrying, though.

9. Their brain is not fully developed.

Your teen’s brain is nowhere near fully developed. Yes, they might be smarter and more independent than they were just a few years before- but they are still not entirely there yet. So, if you see them doing something stupid – it’s okay to step in and let them know (in a nice and supportive way.)

10. Prepare to turn to your parents.

I spent my entire teenage life swearing I would never be my mom. And yet, there I was, nevering like I had never nevered before. So, yes, I did turn into my mom.

I hear parents saying things like, “After all I’ve done for them,” or, “I’ve done everything for my child and they can’t do one thing for me.” It’s okay to expect them to be responsible and to do their part- but go ahead and face the fact that their part isn’t 50/50. It might be a solid 10/90 (you being 90.)