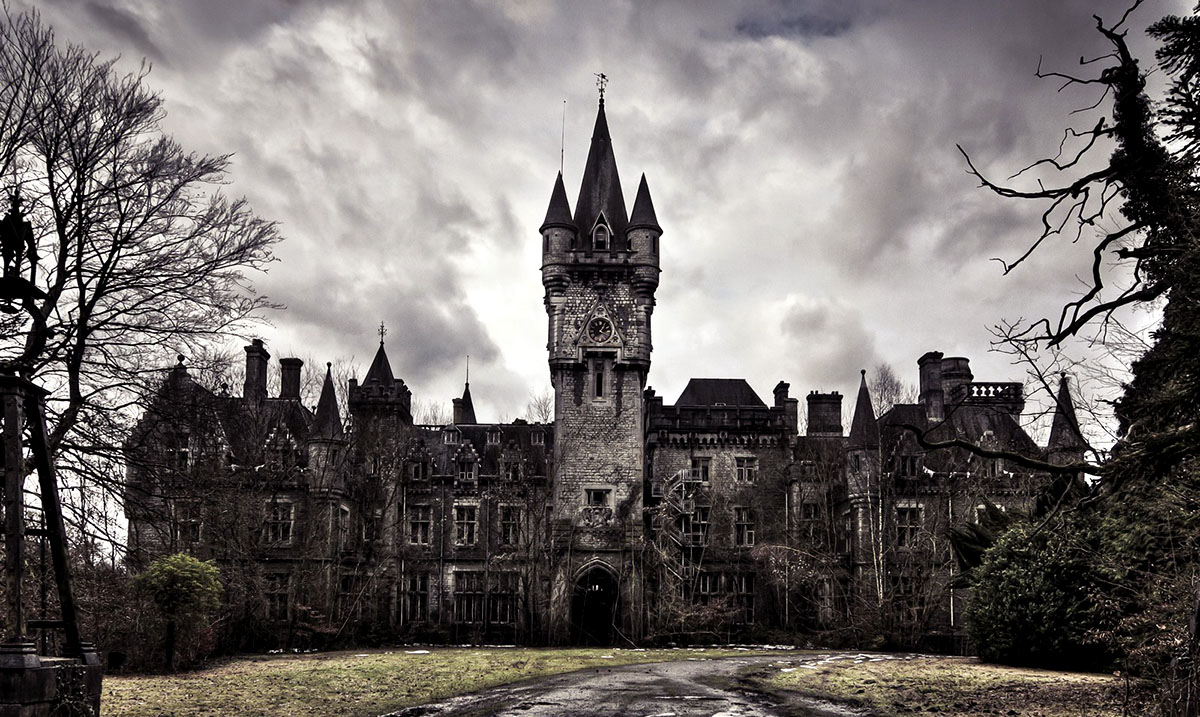 10 Real Places That Prove Reality Can Be Terrifying

We all know that some things in this world just can’t be explained, but that doesn’t make them any less creepy. This world is full of things that are very real and yet completely ‘unreal.’

Below I am going to go over some of the most terrifying places in the world that you probably didn’t know existed. While some of these will be a little creepier than the others they all have their own stories. Would you visit any of them?

(Please keep in mind these are in no particular order.)

10 Very Real Places That Prove Reality Can Be Pretty Terrifying:

1. The Hill of Crosses, Lithuania

This interesting hill is covered with hundreds and thousands of crosses. While many come to add a cross they do not do so at night. Sure, it might not sound like much but the whole place is quite eerie. It is a sight of pilgrimage but it is also very creepy. It is a mystery in many ways.

This whole city is said to be cursed by evil souls and is completely ran down. It is said to have been abandoned years and years ago due to natural disasters, but who knows, perhaps there is more to it than that. Either way, just looking at pictures is more than enough to give you a chill.

Pripyat is basically a preserved ghost town. Plants grow through buildings and animals roam freely. Chances are you already know the meltdown that occurred damning this whole location, but in case you aren’t aware, the whole location is essentially quite radioactive. While you can get a tour the best parts are not going to be seen on the path everyone else travels. It is a location that will one hundred percent take your breath away and leave you feeling a bit scared.

This prison is not like most others. It was a prison used to dump many prisoners into solitude and basically left to die. This place has been the site for tons of horrible deaths and some say it is very paranormal. I personally would not spend any time in this one. You wouldn’t be able to get me through the door.

This one is probably the most well known of all the places on this list. Basically, Paris became so overran many years ago and the locals had nowhere to bury their dead. They ended up creating a system below the city and dumping them there. These catacombs are full of lots of bones and while you can go down into them, getting lost is a real problem.

This abandoned amusement park is quite shocking in itself. It feels like something out of a post-apocalyptic world. Many say it makes them feel afraid and as if they’ve stepped into another time period.

This huge crater has been burning for years and still burns even now. Its origin is quite iffy and many don’t quite understand it at all. Most think it is literally a doorway to hell, what do you think?

This island has an interesting and complicated past. It was once a very full location that almost looked like a battleship. People who lived there were not all their of their own free will but all worked undersea coal mining. The island was at some point abandoned and now all that remains is a shadow of what once was and will never be again. It is quite mind-blowing.

If you like bones, this is the place for you. This church is decorated with over 40,000 human skeletons and will for sure make your skin crawl. It’s really creepy, to say the least.

This abandoned town has been burning underground for over 50 years. While the fire has gone out above it rages on beneath the surface. Yes, silent hill in real life.