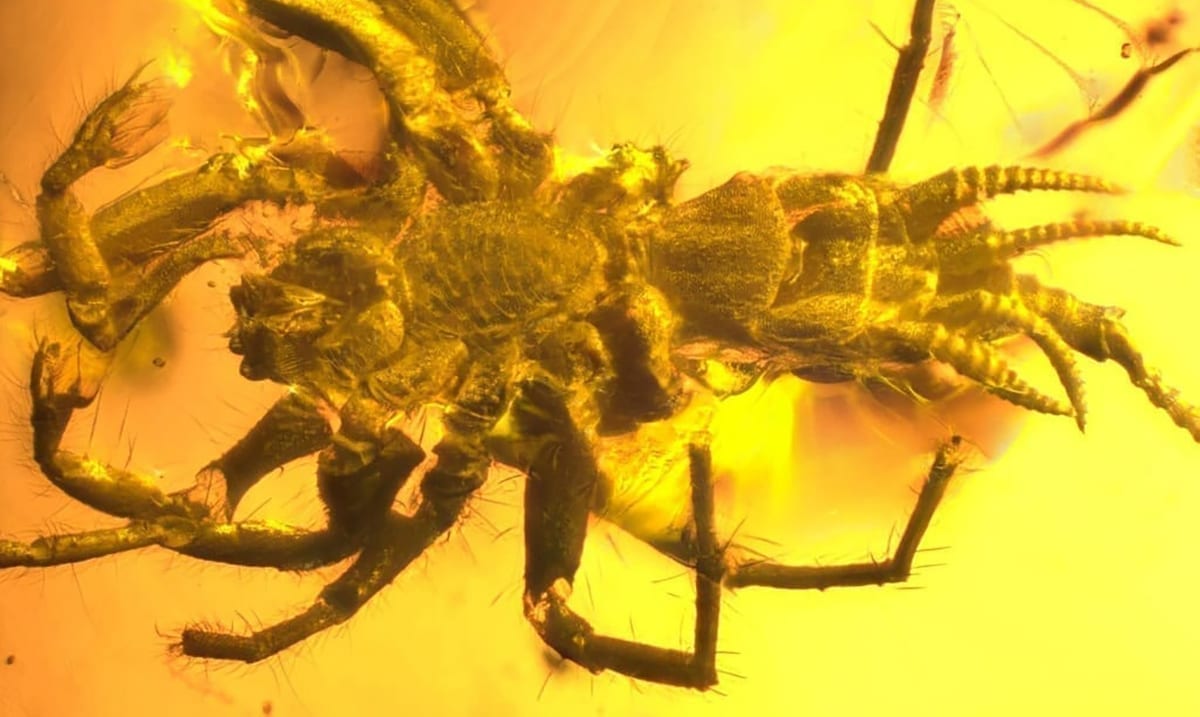 Spiders and scorpions are already pretty scary to most but what if they were to somehow be the same creature? Well, apparently a few years ago exactly that was found.

This creature was found within some amber an is easily 100 million years old. It is called the Chimerarachne yingi and seems to have the boy of a spider all the while also having the tail of a scorpion. Yes, it does look like something out of a nightmare. It has fangs, eight legs, and somehow so much more.

This specific ‘spider’ specimen was discovered in Myanmar which for those who do not know is formerly Burma. This is a place that brings forth a lot of ambers and this find is one for the books, that’s for sure. Now, this spider was given the name Chimerachne yingi because it translates to chimaera spider according to USA Today. That because Chimera are in mythology a hybrid creature of sorts. 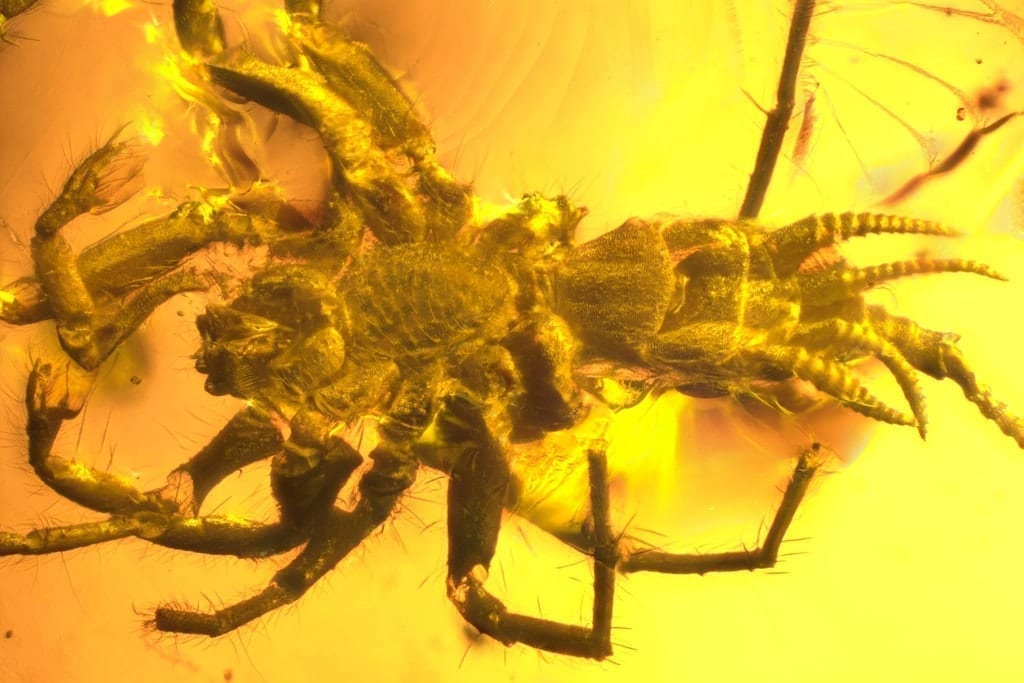 The New York Times wrote as follows about this find back in 2018 when it was brought to the light:

Two different teams of researchers discovered four specimens of the new species in the amber markets of Myanmar. Their findings were published in two separate papers on Monday in the journal Nature Ecology & Evolution.

“The material is stunning in the quality of its preservation,” said Greg Edgecombe, an invertebrate paleobiologist at the Natural History Museum in London, who was not involved in the study. “It throws up a combination of characters that initially seems alien to an arachnologist.”

C. yingi is not a spider, but rather a relative that lived alongside ancient spiders for millions of years. Its discovery provides insight into the evolutionary history of the creepy crawlers that have spun webs around the planet.

Similar to today’s black widows and huntsman spiders, C. yingi had silk-producing spinnerets near its rear end. The males of this species also had two modified appendages called pedipalps near their heads that were used like syringes to deliver sperm to females. But unlike today’s spiders, C. yingi had a long tail, like those seen in whip-scorpions or vinegarroons.

“Take the front of a spider, the end of a vinegarroon and then you put spinnerets on it and that’s our fossil,” said Gonzalo Giribet, an invertebrate biologist from Harvard University and an author on one of the papers.

The tail of this creature is basically twice its boy size but unlike what you’d expect instead of being for attacking it was more of a sensory organ as noted by The New York Times. While this find might have been from a few years ago, it’s something I had never heard of, and I am sure some of you had not either.