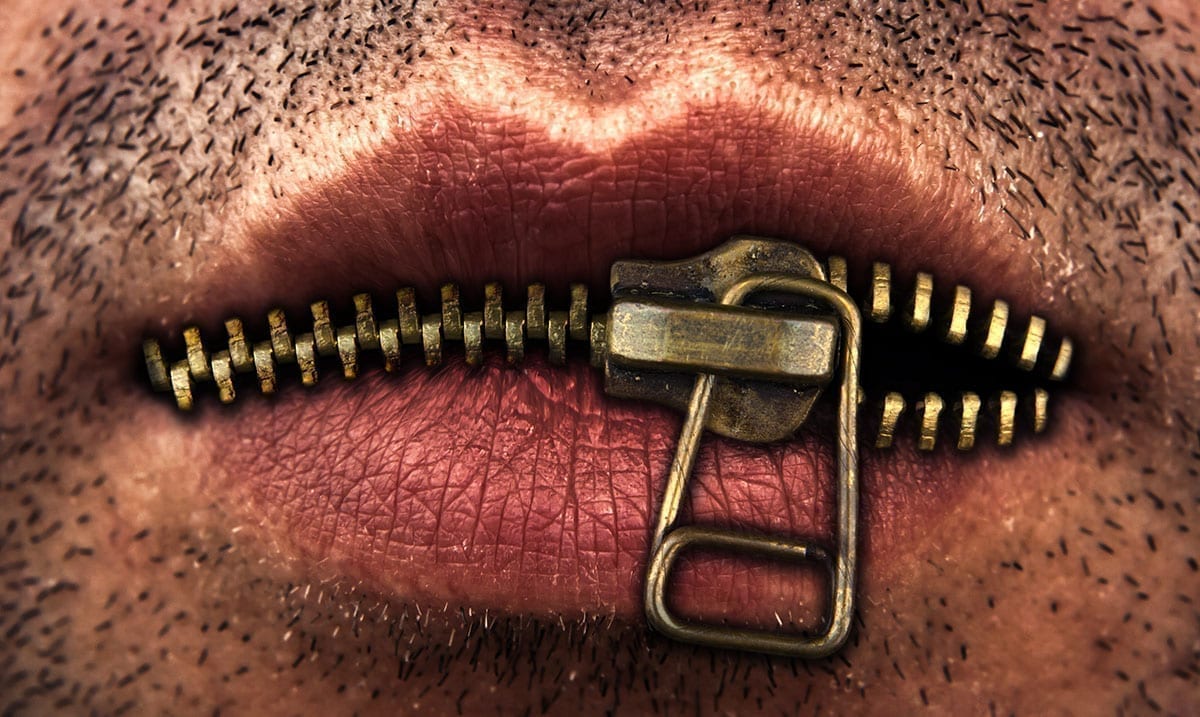 10 Times You Should Keep Your Mouth Shut

By Gerald Sinclair November 16, 2020 No Comments

There are many situations during which you might want to speak up but speaking isn’t always the smartest thing to do. Actually, in a lot of situations, keeping your mouth shut is the best possible option.

Below I am going to go over some of the situations during which many of us don’t realize we need to remain silent. While they might seem harmless, we end up doing more bad than good without realizing it during most of them. Sometimes it is better for us to say nothing than to hurt others and make things worse by continuing on.

7 Circumstances During Which You Should Keep Your Mouth Closed:

1. When your words reinforce bad behavior.

If the things you’re going to say are only going to make a situation worse or feed into the toxic things someone else is doing, stop talking. There is no sense in feeding this kind of thing when you have no reason to. It will only make things worse.

2. When speaking gives the others power over you.

If speaking on something will give others power over you or reveal something that doesn’t need to be revealed, stop talking. Keep your power with yourself, period. You do not have to answer to anyone but yourself at the end of the day.

3. When it only makes you more upset.

If talking to someone is making you upset and getting you more worked up than you should be, take a step back. You shouldn’t put yourself through more intense emotions over nothing. Know when to walk away, period.

4. When the person you’re talking to is blinded by anger.

If someone you’re talking to is blinded by anger nothing you say is going to reach them. The more you try to get your point across the angrier they will become. There is no sense in wasting your breath.

5. When it would hurt someone’s feelings unnecessarily.

If someone is already hurting and the thing you’re about to say isn’t important and will only make things worse, why bother? Doing this only beats them down further for no reason. There is absolutely no point in this.

6. When you do not actually know what you’re trying to talk about.

In situations where you do not know what you’re talking about do not speak up. Sure, asking questions is fine but don’t try to pretend you know more than you do. That in itself will only make the situation worse as a whole.

7. When your words are going in one ear and out the other.

If the things you’re saying are going in the ear of someone and right back out the other why waste your breath? The people who do not hear us out do no deserve our time, point-blank. Only speak to those who are willing to listen to what you have to say fully.