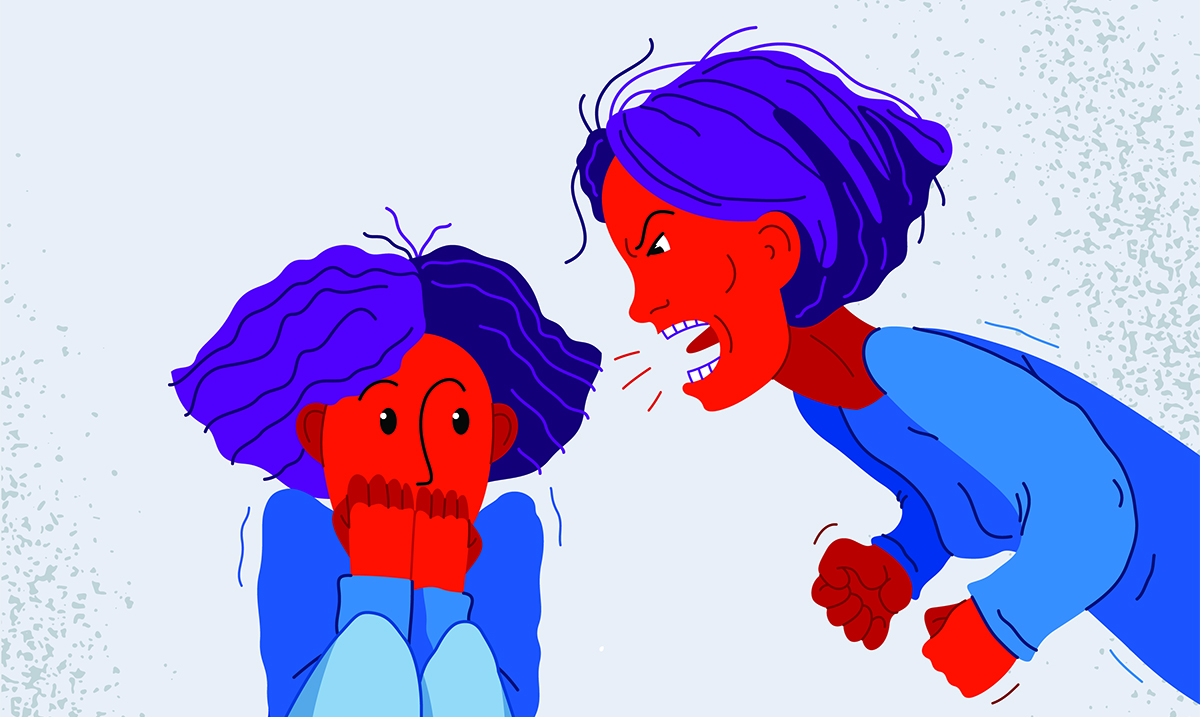 10 Things You Should Never Say When Disciplining Your Child

Being a parent isn’t an easy thing to do: it’s hard work, and children do not come with instructions. And when you are feeling the pressure of being a good parent and raising a child ready to face the world, it can be easy for us to become frustrated.

if you are a parent, then you know exactly what I mean. In the heat of the moment, you may feel like the weight and pressure of the world is on your shoulder. In turn, without even realizing it, it can be easy to say something that you will end up regretting. Unfortunately, words have power. While it may be a simple mistake, the words you say when you are angry still stick with your child.

I am by no means asserting that anyone is perfect. However, it’s best to avoid saying the following 10 things when you are disciplining your child.

1. Stop crying or I’ll give you something to cry about.

Not only is this statement cruel and callous, but it’s also emotionally invalidating. Kids need adults to help them work through their emotions. But when you say something like this, you teach them to fear their emotions, and because of that, they will never learn how to cope with them healthily. Instead of saying this, say something like, “I understand you are upset. I am too. And that’s okay. Let’s work through this together.”

2. I do everything for you!

This is another statement that might be one that we say without much thinking, but the fact of the matter is, that we shouldn’t be making our kids feel ashamed for existing. Of course, you do everything for them, because that is your job. When you say this, you are stressing your child out about something that is beyond their control.

This statement is rooted in a time in which people didn’t know very much about mental health and self-esteem or even emotional intelligence. Fast-forward and research are showing that now, more than ever, we need to be teaching kids how to handle their emotions rather than shaming them with gender stereotypes. As an example, if your little boy is crying and you say “Boys don’t act that way,” you are not only shaming a child for having emotions, which has nothing to do with their gender- but you are teaching them to be afraid to show how they feel.

During a bad moment, you may very well be ashamed of how your child is acting. But, when you say “I’m ashamed of you,” you aren’t getting onto them for their behavior, you are generalizing their behavior to themself. In turn, they don’t hear that you are upset with them for acting bad, they hear that everything about them is wrong.

5. Do I have to keep telling you the same thing?

When you continue to repeat yourself to your child, they learn that when you say something it doesn’t matter. Instead of continuing to repeat yourself or resort to passive aggression, use a clear consequence if they refuse to listen.

I remember growing up and hearing, “It doesn’t matter because I SAID SO!” And not to throw shade at my parents, they were doing the best they could base on what they knew. However, now people realize that saying this doesn’t teach your child anything. The whole point of discipline is to teach, but when you say, “because I said so!” they don’t learn why they need to keep a clean space or not walk into traffic. They only know that you told them to do so or not to do so. Instill a real-life lesson, and it’s far more likely to stick in their little brains.

Can we just throw this phrase in the garbage for eternity? Just because you were raised a certain way doesn’t mean it is right. Plenty of people were raised in HORRIBLE situations or by misguided parents who made HORRIBLE mistakes. Learn to question everything you were taught and create your way of parenting.

While your child may be acting like their mother or their father when they act a certain way, it is best not to say this. The reason being is that it’s not beneficial at all.

Yet another comparison game that should be terminated is comparing your child to another child. It may be innocent enough (at least your intentions) but, when you say this, the message you are sending is loud and clear to a developing child who internalizes everything: “You aren’t good enough.” And that’s devastating to their self-esteem.

Sometimes, kids act like monsters or troublemakers. But, when you label them with an identity based on their behavior, it can become a self-fulfilling prophecy. Not to mention, it’s unfair. Because we all act out of character from time to time. Address the behavior, don’t label the child.