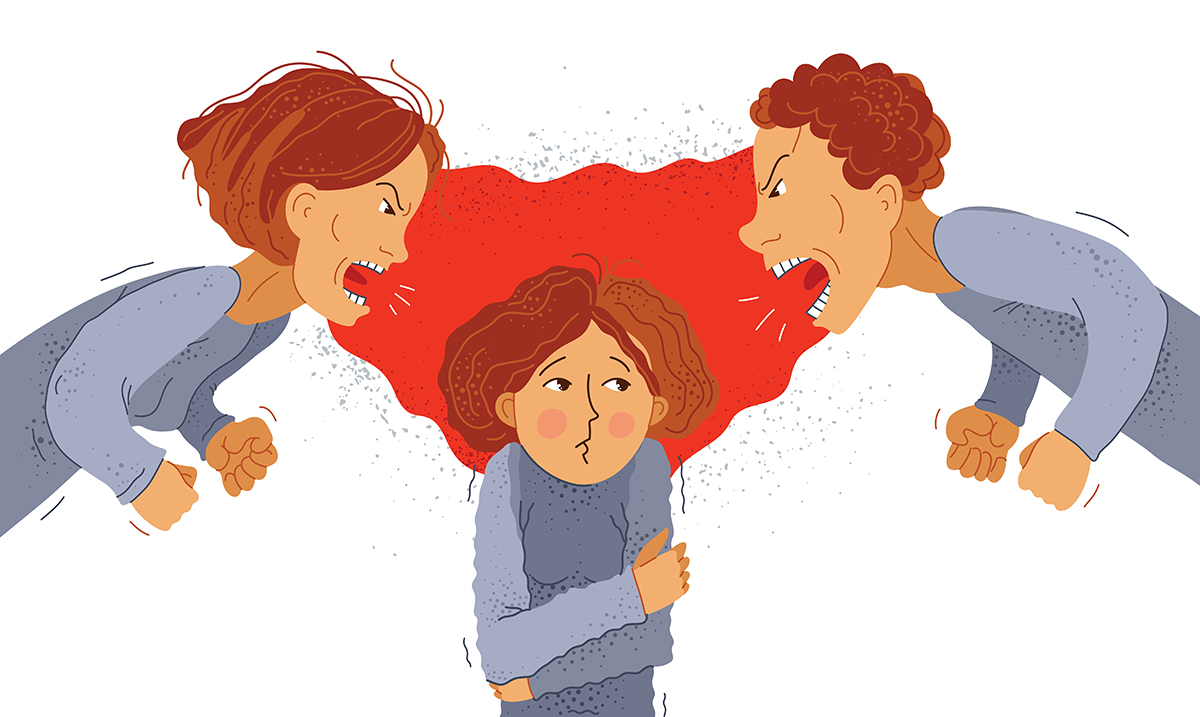 As parents, we often don’t stop to consider if the things we’re doing or saying to our children could be deemed toxic. We think that because our kids are clothed, fed and have a roof over their heads that they’re properly cared for, but that is not all that makes up proper care.

Being a mother or father can be a lot. It is overwhelming and easy to mess up. This kind of thing doesn’t come with any kind of guide book, and we all just do the best we can. That being said, as parents, we should be considering our actions and how those actions could be impacting our children as they grow. Instead of just doing what we want or saying things without a second thought, we should be questioning ourselves and making sure we’re doing everything we need to for our offspring.

In this day and age with all the things we face, it is far too easy to become a toxic parent and not even realize it. Far too many toxic traits are normalized, and we tend to feel as though we don’t have enough time for the things that matter the most.

If you’re doing the things below, you could be a toxic parent or perhaps engaging in some toxic behaviors without realizing the impact they could have. You can make things better and stop doing these things if you truly want your child to flourish, that choice is up to you. While some of them might not seem like much, to your kids they make big differences.

1. They are terrified of you.

Your kids should want to please you and be scared of how you may sometimes react, but they shouldn’t be terrified of you. If they’re terrified of you they’re never going to come to you when they need you. Instead, they will have no one to turn to.

2. You keep making promises that you don’t follow through with.

When you promise your kids that you’re going to do something they expect you to follow through. By not following through time after time you’re just teaching them that the people most important in their lives will always let them down. I know sometimes things come up but things don’t come up every single time you make a promise.

3. You’re waiting on them hand and foot.

4. You refuse to let your kids have any personal space or boundaries.

Your kids are not your property, they are still people just like you. While they need your guidance they still deserve some space. They, too, need boundaries that are not crossed.

5. You force them into things they are not interested in so that you can ‘live through them.’

When you force your kids to do things they aren’t interested in like play sports or take dance lessons they will resent you for it once all is said and done. They should be allowed to chase their own passions. They should not be forced to live out yours.

6. You’re overly critical of your kids.

Your kids will make mistakes, that is just how life goes. They are not perfect and neither are you. You’ve made mistakes yourself and should not be so quick to judge.

7. You do not give them any room to express themselves.

As kids, they want to express themselves properly. If you do not allow them to be themselves then they will only end up lashing out later on in life. Even if just on a small scale let them be who they are.

8. They do not feel like they can come to you with their problems because you do not listen.

When you don’t listen to your kids you set them up for a serious lack in their support system. Instead of coming to you for advice or talking to you about their problems they have no one to turn to. They end up bottling and leaving so much unspoken.

9. Instead of disciplining your kids, you treat them like your best friends.

If you treat your kids like they are your best friends chances are you’re letting them do whatever they want whenever they want. This is toxic in many ways. They are still kids, and they still need guidance, be a parent.

If you just don’t bother to do the things you should do as a parent you’re about as toxic as it gets. Instead of being there for your kids you’re off doing your own thing. You need a serious reality check above all else.