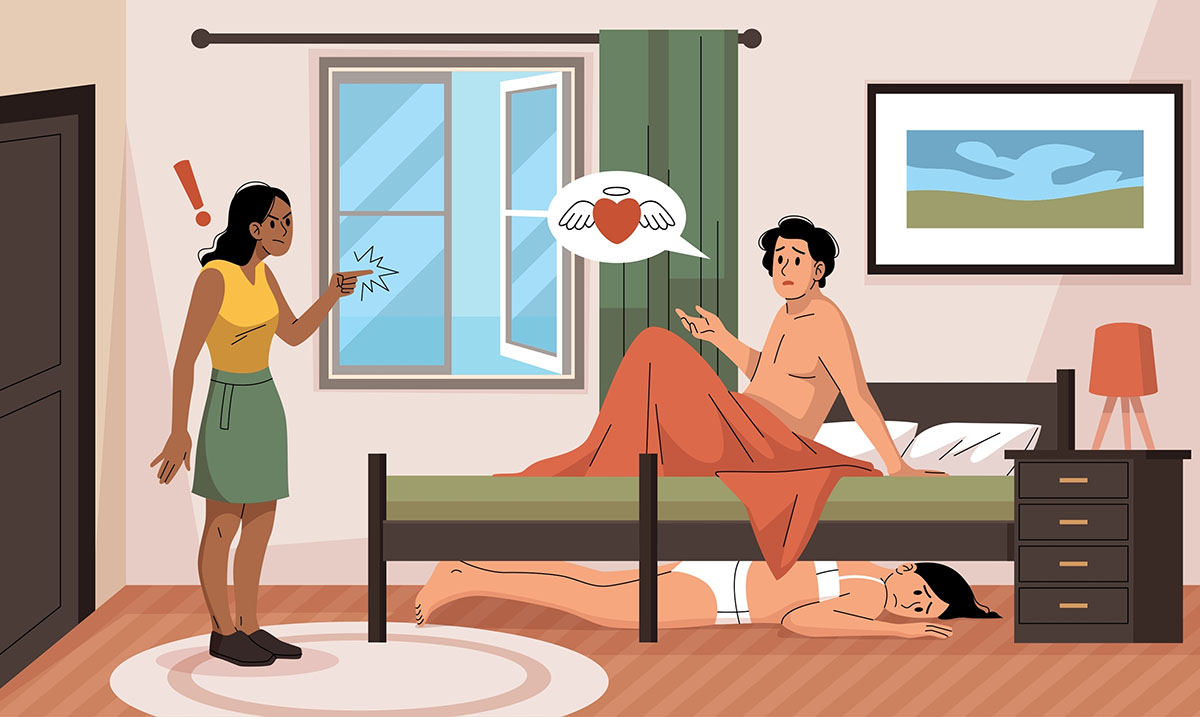 10 Signs Of A Disloyal Spouse To Never Ignore

Relationships are not always easy, and for every single person who is in a relationship, there will come a day when you will have to overcome the obstacles. Unfortunately, one of those obstacles can be in the form of a disloyal spouse, which can be especially hurtful.

In modern times, it is especially easy for people to have affairs. With social media, hookup apps, and various other available tools- those who are disloyal have more access than ever to allow them to do this with ease. But, because the people who tend to be the most disloyal are also the ones who can easily lie and hide some of the more obvious signs, disloyal behavior can be overlooked. However, if you know what signs to look out for, you can catch a disloyal person in their tracks.

Here are 10 signs of a disloyal partner to never ignore.

1. Their friends act strangely around you.

When you go around their friends, they don’t seem like they normally do. Suddenly, they seem uncomfortable and avoid you at all costs. While it might seem odd- if your partner is behaving in a disloyal way and their friends know about it- it’s going to make things weird when you are around them, because they won’t know how to act.

2. They suddenly act more protective of their devices.

3. They pick fights and leave.

Your partner is always finding reasons to get upset with you. In the past, you may have barely ever fought, but now, everything is reason to square up. Not only that, but when they start a fight, they leave and disappear.

You are always catching them in little white lies, and when you catch them, they act like it’s no big deal. They may even try to gaslight you, by acting as though YOU misunderstood. Be wary of this type of behavior- because if they are already showing red flags- if you catch them in a lie, it’s pretty much 100% without a shadow of a doubt because they are being disloyal.

When you are talking to your partner, something seems off. While they once might have talked effortlessly with you, now conversations seem forced. They only talk when they want to, and the conversation flow will change.

6. They fly off the radar pretty frequently.

There are a lot of gaps in time where you cannot reach them. When you ask where they have been, they either refuse to say or make something up.

7. They accuse you of cheating.

A major sign of cheating is when your partner accuses you of cheating. This is known as projection. Of course, it could also mean they are insecure. But, taking into account the other signs, it’s far more likely that they are cheating.

They suddenly act differently, in various ways. The way they talk changes. The way they dress, the music they like, and their habits and hobbies. While this could mean they are simply trying to improve themselves- if they are acting shady too, they are likely aligning themselves with another.

They once would tell you that they loved you, easily, but now, they try to avoid saying it like the plague. They might say, “love you” instead of I love you, or just vaguely ignore it altogether.

10. They seem uncertain about what they want all of a sudden.