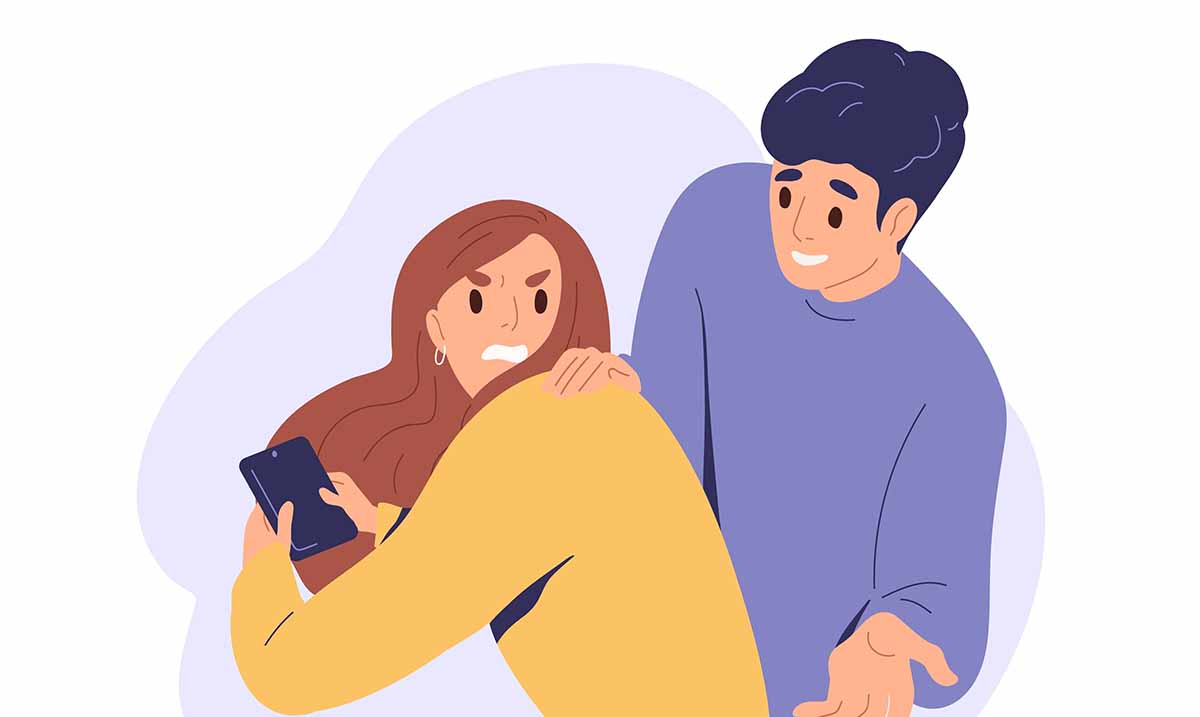 10 Signs Of A Disloyal Partner You Should Never Ignore

Love is universal to pretty much all of us, and at one point or another in most of our lives, we will actively seek out and be a part of a relationship. And while love can be magnificent, it can also be extremely painful, especially when your partner is being disloyal.

One of the hardest things is facing up to the fact that your partner is not loyal to you. No one wants to admit to themselves that they have a partner that is doing wrong to them. However, if you notice the signs, it may be time to face up to the fact that something is not right. Of course, once you have noticed this, you must face it head-on. Whether or not to leave is your choice, and many people can move through these circumstances and build back their trust. The fact of the matter is, that you have to acknowledge the problem to fix it.

Here are 10 signs your partner is being disloyal that you should NEVER ignore.

1. They act shady about their phone.

When it comes to their phone, they act oddly about it. Even if you don’t actively try to look at it, they sneak around with it and have changed their lock codes. They never leave it unattended, and it rings a lot, and you are unclear on who it is they are speaking with.

2. When you ask where they’ve been, they are intentionally vague.

If you ask them where they have been, they act weird. They may even respond with intentionally vague statements like, “Oh you know, with some friends,” but when you ask who, they say something like, “Just someone from work.” When people lie, they tend to give part of the truth while leaving out important details. So a disloyal partner may partially tell you where they have been without really telling you.

3. Their stories don’t add up.

Over time, you have started to notice that their stories don’t add up. You’ve noticed them caught up in lies on a few different occasions, and when you say something, they act like it’s no big deal. Or they might even get defensive.

Deep down, you have an uneasy feeling that something is off. You can’t tell entirely what it is, but it just doesn’t feel right. It’s like something about them has changed, but you cannot quite put your finger on what it is.

5. They are pulling away from you.

You can sense them pulling away. They no longer talk to you the same way or interact with you the same. The affection has changed, and they are both emotionally and physically pulling away.

They no longer tell you that they love you. When you tell them, they say something like “Yeah, me too,” or maybe “Love you too,” real quick, but never I love you as they mean it.

7. They don’t ever accept responsibility.

Whenever something happens, or they do something wrong, they refuse to acknowledge they have done wrong. They either turn it around on you or gaslight you and say they didn’t do anything at all.

Everyone tells a little white lie from time to time, but when you start catching them in all kinds of lies, including major ones, that is something else entirely. Especially if they have never tended to lie before. Lying now means they’ve either been masking their true side if coming out, or they have something major to hide.

9. You feel uneasy around them.

When you are around them, something does not feel right. They make you anxious and you don’t know why, but you aren’t a fan of them. Whenever you voice those concerns, they act like you are crazy.

10. Their friends seem uncomfortable around you.

When you go around their friends, they seem off too. A lot of times, a disloyal partner will get caught by their friends or tell their friends what they are up to, and because most people don’t like to lie, it’s going to bother them to hide it from you. Because of that, their friends are going to seem weird, possibly even avoidant of you. When they talk to you, they might also use intentional vagueness to try to avoid the subject coming up.