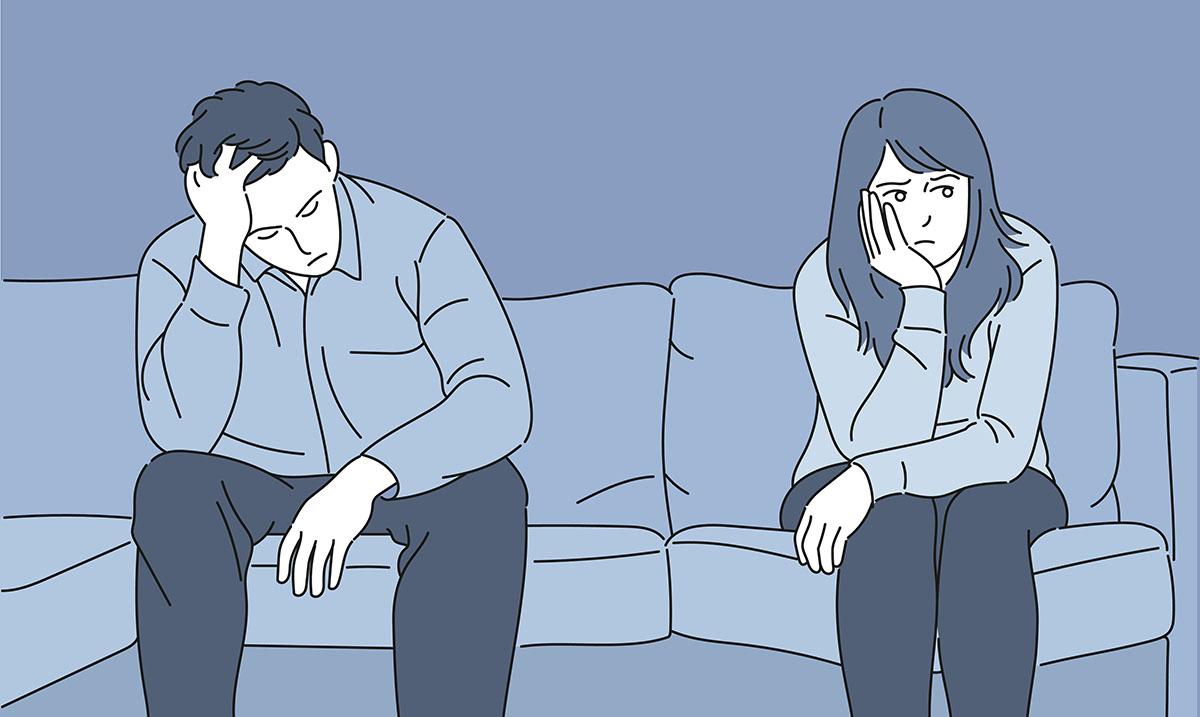 10 Signs A Relationship Won’t Last (That Most People Overlook)

By Harley Manson September 2, 2022 No Comments

When we embark upon a journey to find and keep love, one of the last things we expect is that our relationship won’t last, especially when things start so well. However, it’s an unfortunate fact that some things just simply aren’t meant to be.

At the beginning of a relationship, we are so enamored by the spark that has been ignited, that we often overlook blaring red flags that something is not right. If you’ve ever been in a failing relationship, then you likely know exactly what I mean. They say that love blinds us, and I must say that I agree. If you are in a relationship now and wonder if it will last, some tell-tell signs will show you if it is doomed for failure.

If you are wondering what those signs are, here are 10.

1. You have no common values.

When the spark begins to fade, what we are left with is our true personality, our values, and our vision. When those things do not align with your partners, on a fundamental level it means that you have nothing in common. And unfortunately, this is a primary cause and predictor of relationship failure.

2. EVERYTHING is a fight.

All couples fight and argue and that by itself is not a bad thing. However, when every discussion results in an argument, it is a blaring light shining on the fact that this relationship is not on a firm foundation.

3. Your arguments are completely useless.

4. You hold each other in contempt.

Having a disagreement or differences from time to time is normal. What is not normal is feeling contempt and outright hatred for your partner. While a disagreement can be resolved, if you do not like your partner, the relationship won’t last. If it does, it’s going to be miserable.

5. One or both of you are cheating.

When one or both partners begin to cheat on their partner, it’s a recipe for disaster. Now, I am not saying that there aren’t some relationships that recover from infidelity. Many relationships recover from that. What I am saying is that the chances of that are not in your favor.

6. The relationship is one-sided.

It takes two people to make a relationship work. If one person is invested in the relationship and the other doesn’t care, it simply cannot work. Now, that isn’t to say that it may not last for a bit before the invested person gives up, however, eventually, the person who cares will buckle from trying to carry the entire weight of the relationship on their shoulders.

7. You are unclear on what the relationship is- because the other person refuses to define it.

Whenever you try to define the relationship, your partner shuts you down. They may claim they are happy with where things are, or that they aren’t ready for a commitment, or that they want to see where things go, but if they are acting like a partner and benefiting from the relationship, like a partner, it only makes sense and is only fair that there is some sort of label on it. Especially if that is what you are looking for. If one person is wanting a commitment and the other is pulling back- you will end up stuck in a situationship.

8. There is so much disrespect.

Respect is the backbone of a relationship. If you don’t respect your partner and they do not respect you, believe me when I say that you don’t love each other. I’m sorry, but love and respect go hand and hand. And if someone continues to disrespect you, even after you have told them that is a boundary for you, it isn’t likely they will get better.

Much like respect, trust is fundamental to making a relationship last. Without trust, one or both of you will constantly be trying to keep tabs on the other. Jealousy will take over and become the predominant force of the relationship, and that toxicity will gradually build until you either grow because of it, or you end up breaking up.

10. You have a bad gut feeling about things.

When a relationship is not right, we often have a feeling in our gut. We may fight it by saying, “But I love them,” or “but, we’ve been together for years,” or “but, they will change I just know it.” In reality- if you cannot love and accept your partner RIGHT now for who they are, not who they are going to be, or if you find yourself making excuses, you probably need to listen to that gut feeling.