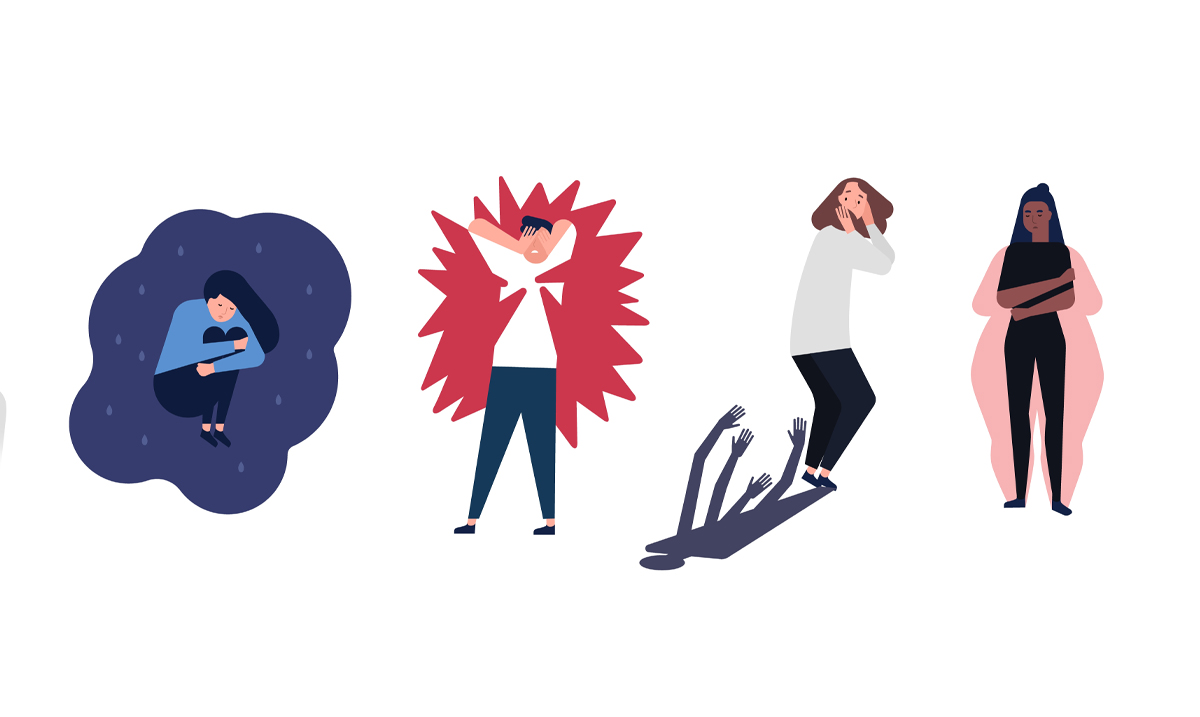 10 “Rude” Behaviors That Are Rooted In Anxiety

Once upon a time, anxiety was a limited subject, surrounded by stigma and confusion. However, as more information has become available, the more we can recognize anxious behaviors in others and even in ourselves.

While it’s understandable to do things without realizing them due to a mental illness like anxiety, knowing where your behaviors are rooted can help you to take charge of your life and better manage those behaviors. I am not saying that anyone is without error. Personally, a lot of these hit home, especially on a particularly anxiety-ridden day. But, knowledge is most definitely power.

Additionally, if you notice someone who has these behaviors, try to approach them with empathy and understand where their behaviors are coming from. You may perceive someone as being “rude” or “anti-social” when in reality, they are likely struggling.

With that in mind, here are 10 “rude” behaviors that are rooted in anxiety.

1. Cancelling plans at the last minute.

Oftentimes, people with anxiety make plans with the best intentions. However, once the plans are made, and their thoughts began to spiral out, the more apprehensive they become about the outing. In turn, someone with massive social anxiety is more likely to cancel plans at the last moment.

2. Not joining in on massive “group” outings.

While those with anxiety are better prone to thrive in small groups, when invited to a major group outing, the thought of being surrounded by people can be scary. Some people simply prefer smaller groups, and honestly, there isn’t anything wrong with that. However, if this is something you want to do, but anxiety blocks you, it may be better to face this one head-on.

3. Blowing up about something that seems small.

When you are communicating with someone and they suddenly go quiet, it may seem odd. However, for those who have anxiety, there is a constant stream of thoughts going on within their mind that can be overwhelming. One voice may say, “You need to respond this way,” and another says, “No, no, this is what you need to say,” while another says, “No, no, that would be rude. They are going to think you are rude.” On the outside, it just looks like they are being quiet and rude when in reality, they are trying to figure out how to respond without seeming rude or disinterested.

Another common trait of anxiety is a lack of eye contact. This one is especially so for people who have social anxiety, or people who have post-traumatic stress disorder. The reason for this is that when you’ve been hurt or had people verbally and emotionally abuse you, there is a deep-rooted fear of people and their reactions to you.

Many people take it personally when you don’t answer a call, text, or even Facebook message. But, when someone doesn’t answer you, there could be a myriad of reasons behind why they haven’t including anxiety. Anxiety can make it hard to navigate conversations, making it easier to avoid them altogether.

Avoidance tied to anxiety can come in many forms. When I and my husband first started dating, when we went to the store and I saw someone (especially someone that I was anxious around) I would try to be subtle in avoiding them. He would make remarks about this and say that I was ‘snubbing’ them. In reality, it wasn’t that I didn’t like the person or that I intentionally wanted to be rude to them, I was just anxious. This is something I have personally tried to work on, but on a bad day, it can be daunting.

Being in an anxious situation can make your mind go into overdrive. Due to that, anxiety can push you to zone out, no matter how hard you fight it. When I am trying to conversate or pay attention to someone, and a lot is going on, no matter how many times I try to put my mind back on track, sometimes it simply isn’t possible.

Being interrupted can be frustrating and annoying and while some people interrupt because they genuinely don’t care to listen to what you say, others may feel the pressure of anxiety and do it unintentionally. It’s important to consider who is interrupting and what their mindset looks like at that moment. You might be surprised to realize they aren’t rude at all, but instead are simply anxious.