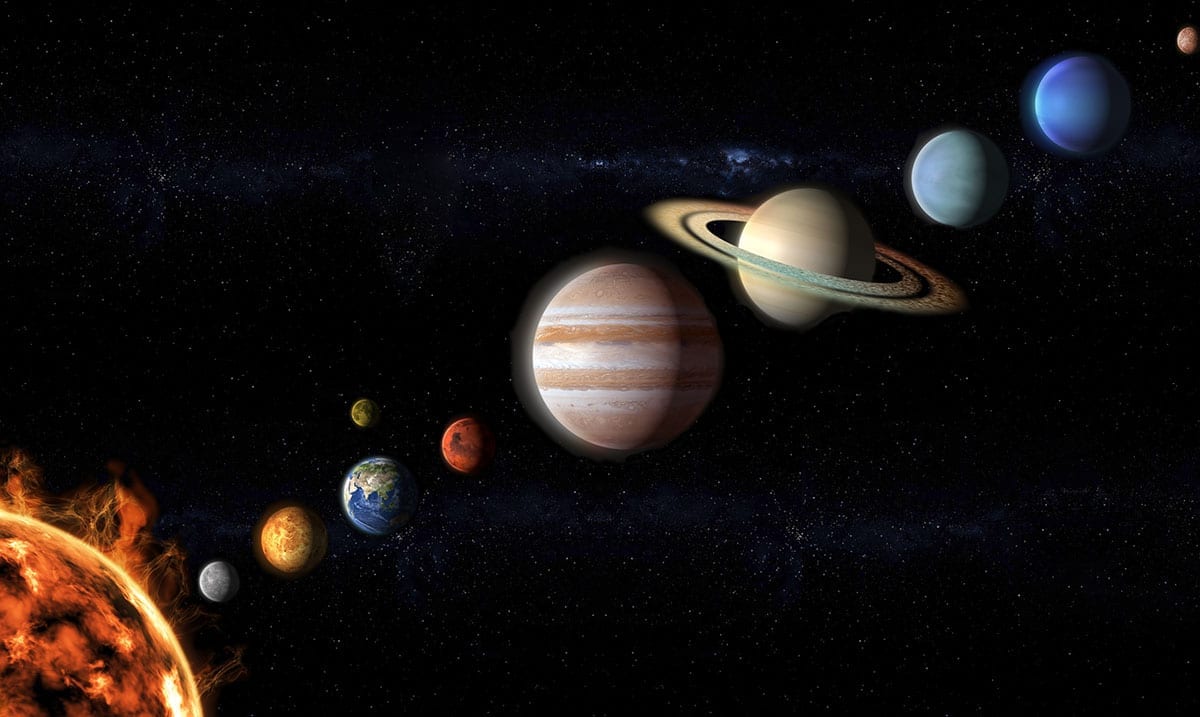 By Gerald Sinclair November 23, 2020 No Comments

While it might not sound like much Saturn and Jupiter will be pretty darn close to one another in the night sky soon. These two planets will be facing a great conjunction on December the 21st.

This for those who do not know means that these two planets will be meeting one another in the night sky. Right now they are very close to one another, but they are still a bit off from where they will be in the coming weeks. If you look to the moon now, chances are you’ll see these two planets just above it near one another.

That being said, by the time December 21st rolls around they will appear to be right on top of one another in the sky. While in the celestial world they will still be a bit far off from one another, it won’t look as such to us here on earth. At their closest here, they will only be a mere 0.1 degrees apart.

Astronomers use the word conjunction to describe meetings of planets and other objects on our sky’s dome. They use the term great conjunction to describe meetings of the two biggest worlds in our solar system, mighty Jupiter and the glorious ringed planet Saturn. The next great conjunction of Jupiter and Saturn will be December 21, 2020. That date is, coincidentally, the date of the December solstice. It’ll be the first Jupiter-Saturn conjunction since the year 2000, and the closest Jupiter-Saturn conjunction since 1623, only 14 years after Galileo made his first telescope. At their closest, Jupiter and Saturn will be only 0.1 degree apart. That’s just 1/5 of a full moon diameter.

But don’t wait until December to start watching these worlds. They’re visible tonight and every night – near each other for the rest of 2020 – an appealing and mind-expanding sight!

By December, Jupiter and Saturn will still be easily visible. They’ll be, if anything, even more beautiful than now, in the western twilight shortly after sunset.

This will be the closest encounter these two planets have faced since the year 1623 and many people are quite excited about it. What do you think about all of this? Will you be taking the time to check these planets out as they come together?