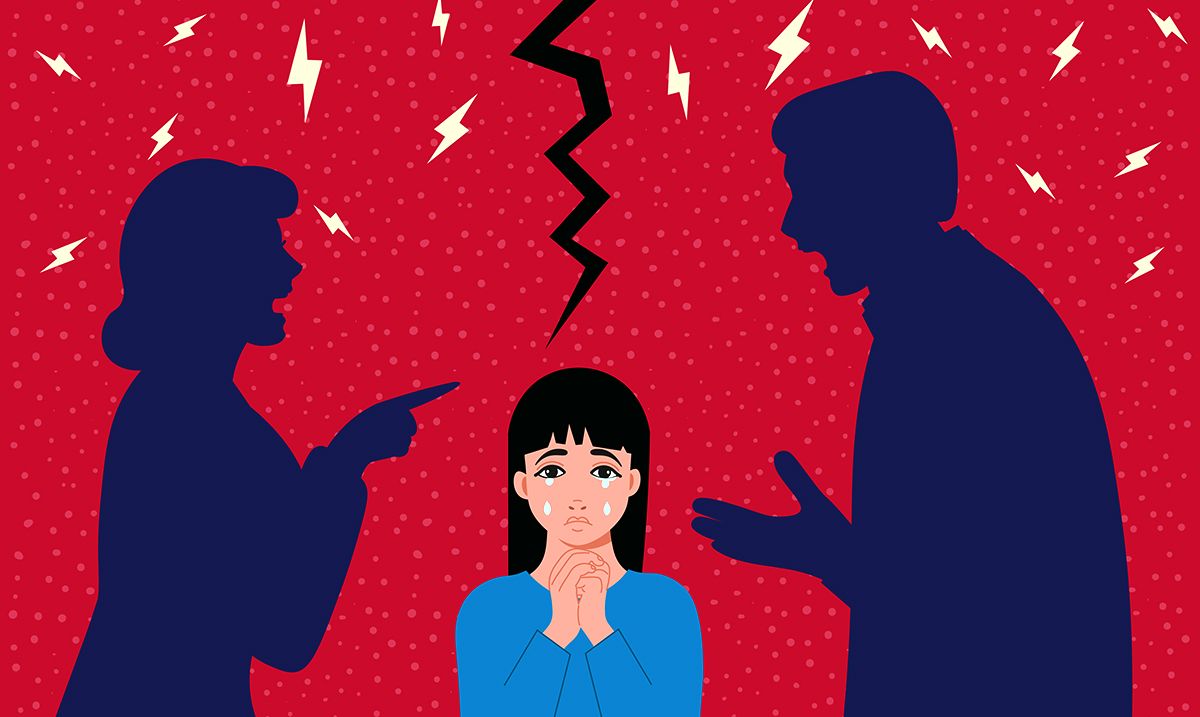 Toxic Marriage Can Be More Painful For Kids Than Divorce

While a lot of people just stay together ‘for the kids’ even when they’re unhappy and in a toxic marriage, that isn’t necessarily something they should be doing. While divorce will impact your kids, it might be a better option than suffering through the toxic mess that is your relationship.

Ending a marriage might not be the easiest thing you will ever do, but it could be the most beneficial for you and your kids of done in the right situation. If you’re in a toxic marriage and your children are seeing sides of you and your husband/wife that they shouldn’t be seeing, calling it quits might be a good way to resolve the issue once and for all. When you have to live with people who seemingly hate one another and are constantly fighting, it takes a serious toll on you.

I recently came across an older article on HeySigmund’s website titled ‘Unhappily Married: What’s Best For The Kids – Together Or Apart?’ and well, this got me thinking. While some people think they should remain with their husband or wife despite things having become toxic, at least until their kids are older or able to leave the nest, that’s not really a good option at all. The sooner you split, the better depending on how things are going over and remaining together could be doing a lot more harm than you think.

In regards to unhappy marriages and the harm it can do to our children HeySigmund.com wrote as follows:

In an unhappy marriage, where tension and conflict is the norm, parent-child interactions also seem to show signs of strain. As explained by researcher and psychologist Chrystyna Kouros, ‘…if mom and dad are fighting, it will show up initially – and in some cases on the second day – in a poorer quality relationship with their kids.’ The exact reasons for this are unclear but there are a number of likely explanations. Conflict drains the resources of a relationship and in doing so, can give way to ineffective or inconsistent parenting. Parental energy is also strained, leaving less to invest in the children.

When there is ongoing tension and unresolved conflict between parents, there is likely to be minimal modeling of effective ways to resolve conflict. Disagreements are a part of life and the first place children learn how to handle them is in the home, by watching their parents. If there is limited modeling of successful conflict resolution, there will be limited learning of successful relationship skills.

While these are just a few of the many things HeySigmund.com wrote in regards to toxic marriages, they are very important to be aware of. Just because you don’t see the effects yet doesn’t mean they’re not present. Remaining in a toxic marriage could end up leaving your children unable to find emotional security and so much more.

While divorce can leave them wondering what they did wrong or why things didn’t work out if you educate your kids on the concept itself and explain to them why you and your husband or wife are splitting all the while working to remain on proper terms with one another things will go over seemingly well. Your children would much rather see you get divorced than have to see you go through being abused or just listen to you and your partner fighting constantly. When your kids see you struggling so badly with one another they will feel helpless because they cannot do anything to make the issues go away.

For more information on this topic please check out the video below. While you might want to do what’s best for your children, you need to be sure that’s what you’re doing. Sometimes things are not what they seem.