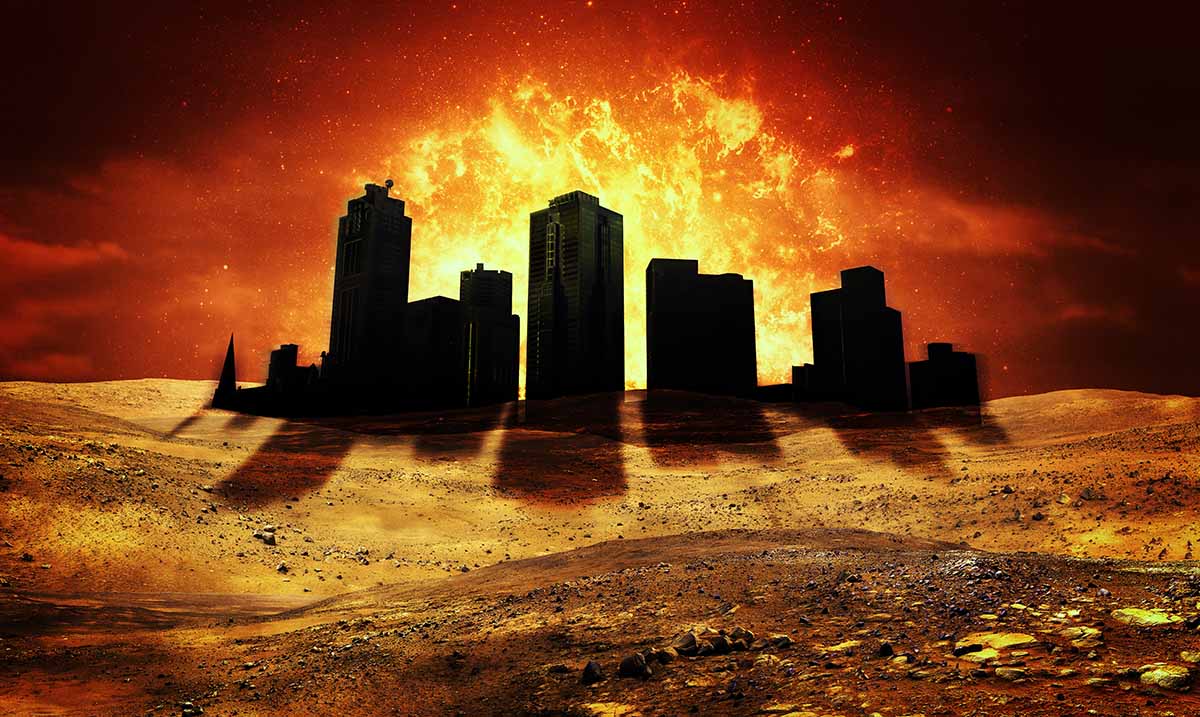 This When The World Will End, According to NASA

Over the past 30 years, there have been many brushes with the end of the world. If you know, you know.

In the year 2000, we had Y2K, where many prophesized that the world would come to a screeching halt due to our modern age dependence on electronics that most believed wouldn’t continue to work suddenly as the clock moved its way to midnight. But, we survived. Then, there was the year 2012, which is the end of the world according to the Mayans, which we also survived. And to be honest with you, when the pandemic hit in 2020, I am sure many of us were fearing that we had reached the end.

With all of these brushes with the apocalypse, it got me thinking-without human intervention, when would the world naturally come to an end? Thankfully, science had the answer.

As all of us know, simply by looking at other planets and the history of our planet, it’s blatantly obvious that our days are numbered. Of course, nothing in this world is simple, so the answer to when the world would end is quite complex.

First and foremost, there is the threat of solar storms. Various scientists and experts have begun warning about this for a while. Solar storms occur pretty frequently, however, every once in a while, solar storms cause a coronal mass ejection, which pushes radioactive materials into the atmosphere, hurtling towards Earth.

When this happens, it can cause satellite disruptions, and the aurora lights and has also caused power grid interruptions. In more extreme cases, CMEs can cause satellites to fall from the sky. About once every century, we have a massive solar storm, and the last time this happened was during a time in which the world was not dependent on the internet or even power. Experts speculate if one happened now, it could destroy the internet infrastructure worldwide, causing outages in power and the global internet. Such an event could cost billions per day.

Of course, that doesn’t necessarily equate to the end of the world, now, does it?

The major concern is that orbital instabilities could inevitably cause a collision between Earth and one of the other terrestrial planets (Mercury, Venus, or Mars.) But, even that might not cause the total annihilation of our planet. The most likely scenario would be if the Sun were transformed into a ‘red giant,’ which would expand our orbit. Our orbit would then not be big enough to allow Earth to escape the atmosphere of the expanding Sun, which would eventually vaporize our planet.

Thankfully, there is good news. We will most definitely not be around for this. Why? Because it won’t happen for another 7.59 billion years into the future. Quite frankly, humans will probably have made themselves extinct by that time.