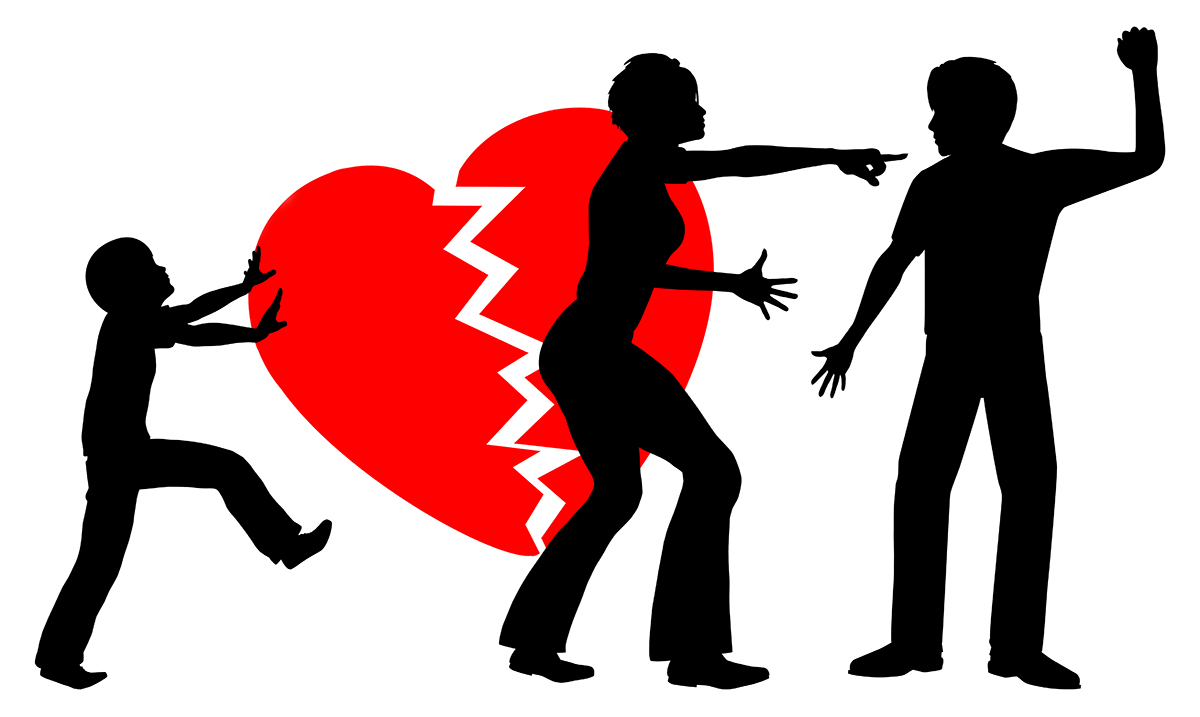 Parental Alienation And The Serious Impact It Has For Children

While not many people realize this, parental alienation is a serious issue in the world right now. It tends to stem from divorce and is something we need to be aware of as adults.

Parental alienation is the way, one parent might program their child in a sense to dislike or even hate the other parent. The parent pushing this is interfering with the relationship their child has with their other parent and in the end, really leaving them to struggle with a lot as they continue to grow.

This can start with something as small as complaining about their other parent in front of them or become as serious as telling them that their other parent doesn’t want to see them or doesn’t care about them for this or that reason. This kind of thing can grow worse and worse to the point where it even becomes a syndrome. That syndrome is known as parental alienation syndrome.

Psych Central wrote as follows about the long-term effects of parental alienation on children:

The results are devastating for the alienated child and can last a lifetime. Not only does the child miss out on a lifetime of having an enjoyable and fulfilling relationship with the parent they have been conditioned to reject, they also develop some serious pathological behaviors and attitudes that carry in to their adult lives.

Following are descriptions of some of these disturbing effects:

Splitting: This is the psychological phenomenon of seeing people as either “all bad” or “all good,” or “black or white.” Everything is polarized and the person has an inability to see shades of gray. Think of the borderline personality disordered person who has to split in order to cope with relationships and life in general. This is not a disorder you want your child to possess and leads to endless problems.

Difficulties forming and maintaining relationships: Alienated children struggle with developing healthy relationships because they have been conditioned to “get rid of people” whenever they experience a perceived threat. Since most people are flawed, the alienated child would need the skill of knowing how to accept flaws in others in order to maintain the relationship. Skills such as flexibility, acceptance, forgiveness, do not exist when you reject people outright for minor infractions, as alienated children have been trained to do. Whenever someone causes a perceived threat to this person, he/she is triggered to remember, “I know how to handle this,” and they proceed to reject the other person easily. Their mind tells them, “You just hurt my feelings. I’m going to close you out and now you’re done.”

Lack of ability to tolerate anger or hostility: Alienated children as adults (and as children) have a very low tolerance for any kind of anger or hostility, which are always interpreted by the person as abuse. They have a difficult time when someone is upset with them. Alienated children as adults have a very difficult time owning their part in a problem, taking responsibility, or making amends to others. They actually get panicked or triggered by any type of perceived disapproval. In order to have healthy relationships, a necessary level of tolerance for others’ negative feelings is essential.

Long term risk of being psychologically vulnerable or dependent: This happens because of the relationship with the alienating parent, which conditioned the child to be dependent on the alienator for psychological direction. As adults, these persons search for similarly controlling partners in order to create a symbiotic relationship that replicates this dependency dynamic.

Conflict with authority figures: Because these individuals have learned how to go around an authority figure with a “campaign of denigration,” they will carry this habit into their adult lives. You can see this in the workplace if the alienated child has a boss he/she doesn’t like. He/she will create a crusade against this manager by rallying coworkers against the boss with a smear campaign.

Unhealthy entitlement to a sense of rage: They have been awarded for being hostile and angry towards one of their parents, and this rage stays there and can be triggered at any time.

When a child is born he or she will form bonds with both parents or anyone who is around to be a parental figure. When divorce or separation happens if we push toxic narratives on our kids, it warps how they think about their other parent and can really lead to serious issues for them within their minds. Kids are all growing and facing different things as is, putting more pressure on them through this kind of thing should not be done.

When a marriage ends, commonly one parent has more anger over the disruption of the status quo. In a number of divorce situations, anger causes this parent to lash out, seeking to punish and blame the other parent. The weapon for this vengeance is the children, because they have a high value. The alienating parent uses the children as instruments to batter the targeted parent for disrupting the status quo of the marriage.

When vengeance is added to the symbiosis that already exists between alienating parent and child(ren), the storm of parental alienation gathers. Homer B. Martin, MD and I discuss these parental roles in our book, Living On Automatic: How Emotional Conditioning Shapes Our Lives and Relationships.

To learn more on this topic take a look at the video below. Whether you realize you’re doing this or not, you should be working to prevent it. Your kids should be able to make their minds up about their other parent on their own.