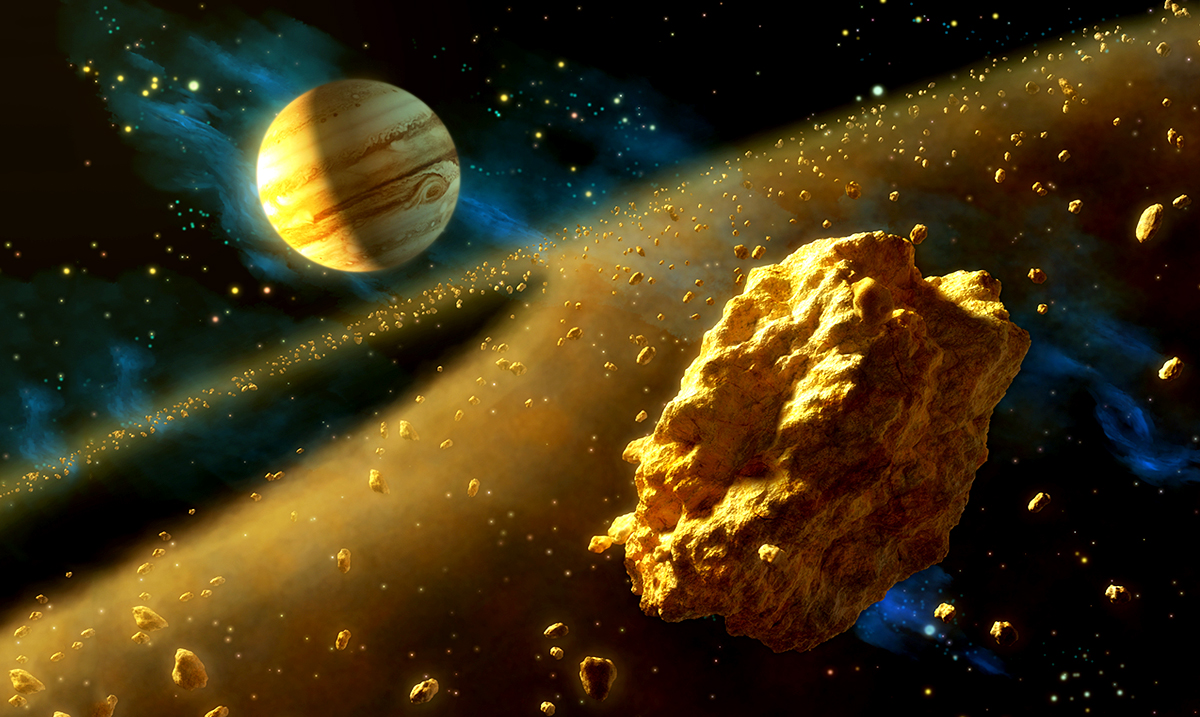 According to various sources, NASA has their eyes on a huge golden asteroid, and this particular space body could make us all billionaires. Referred to a Psyche 16, this ‘golden egg’ is located between Mars and Jupiter, and is supposedly solid metal.

While it contains gold, it also is said to contain other precious metals such as platinum, iron and even nickel. The Sun reports that it’s estimated total worth is a whopping $10,000 quadrillion. If the asteroid was to be brought to Earth, it could actually destroy the world’s economy, which is currently worth $75.5 trillion.

To NASA, the Psyche 16 would be a monumental achievement to obtain, if it were captured, as it could give us new information regarding the creation of solar systems. Scott Moore, a veteran miner and CEO of EuroSun mining, asteroids could be the next big gold rush. Even more, this venture is considered to be the next step for us, as Earth’s resources diminish.

“The ‘Titans of Gold’ now control hundreds of the best-producing properties around the world, but the 4-5 million ounces of gold they bring to the market every year pales in comparison to the conquests available in space,” Moore told Oil Price.

“It’s the next boom industry,” he told BBC. “Once you set up the infrastructure then the possibilities are almost infinite. There’s an astronomical amount of money to be made by those bold enough to rise to the challenge of the asteroid rush.”

Unfortunately, mining asteroids is not easy, and after NASA launches in 2022, we could expect to see them spending years orbiting Psyche 16 before they are able to actually land on it.