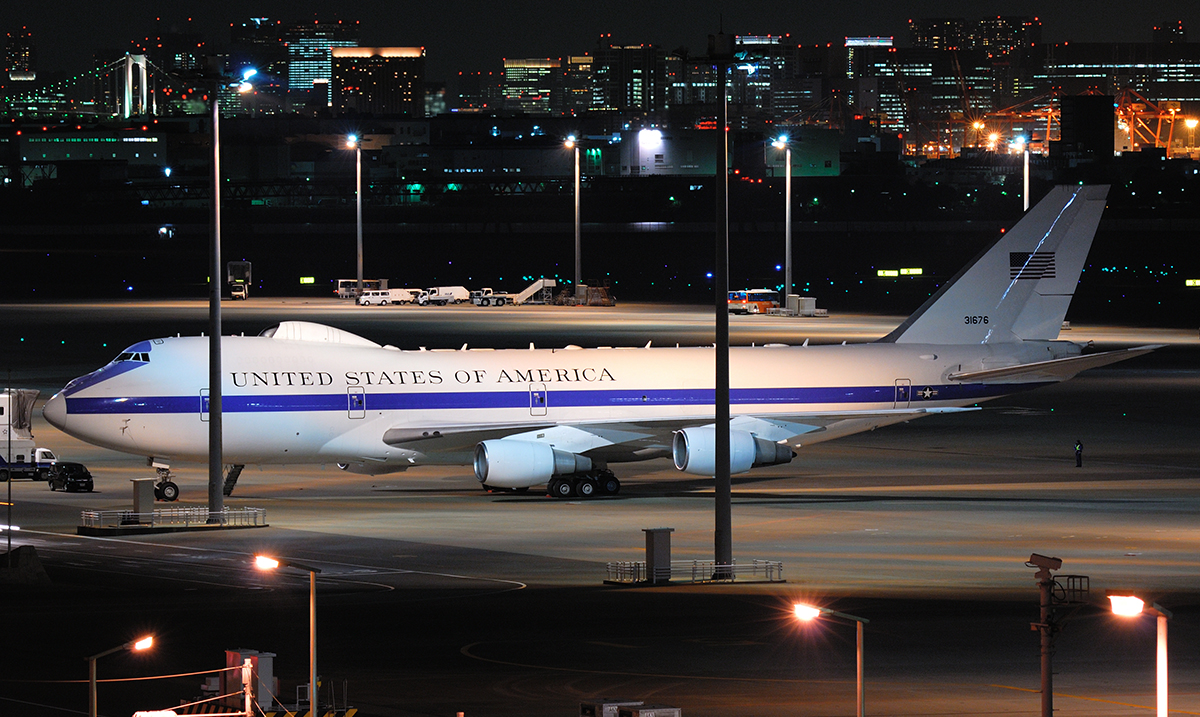 According to the military flight tracking sites, the modified Boeing 747 took flight from the U.S. Air Force base in Lincoln, Nebraska on Monday evening. While the plane is known as the ‘Doomsday Plane’ it’s actually named the Boeing E-4B. Shortly after departing and completing a four-and-a-half-hour flight to Chicago, the plane landed.

In addition to the ‘doomsday plane,’ several other early-warning jets that are used to track ballistic missiles were also spotted.

Since the 1970s, the U.S. has maintained a fleet of ‘Nightwatch’ command-and-control 747 E4-B aircraft. The sole purpose of the planes is to work as an airborne base for the U.S. defense secretary and senior military personnel to conduct operations during a nuclear war.

The plane can remain in the air for days and is designed to withstand an electromagnetic pulse from a nuclear blast while conducting routine training and readiness missions. One of these planes is always available and ready 24/7.

While the US air force has maintained that this was a routine mission, others aren’t so convinced. Taking place within 24 hours of Putin placing his nuclear forces on high alert, the timing is admittedly strange.

Also on Monday, the U.S. government has reassured the nation that there would be no change in America’s nuclear posture and Joe Biden has stressed to the press that there is no need to fear nuclear war with Russia. When speaking with iNews, a USAF spokesperson said, “The E-4B conducts both operational and training missions, which require travel to a wide variety of locations, both within the United States and across the globe. The flight on Feb 28 was a routine sortie and was not a response to actions taking place elsewhere in the world.”