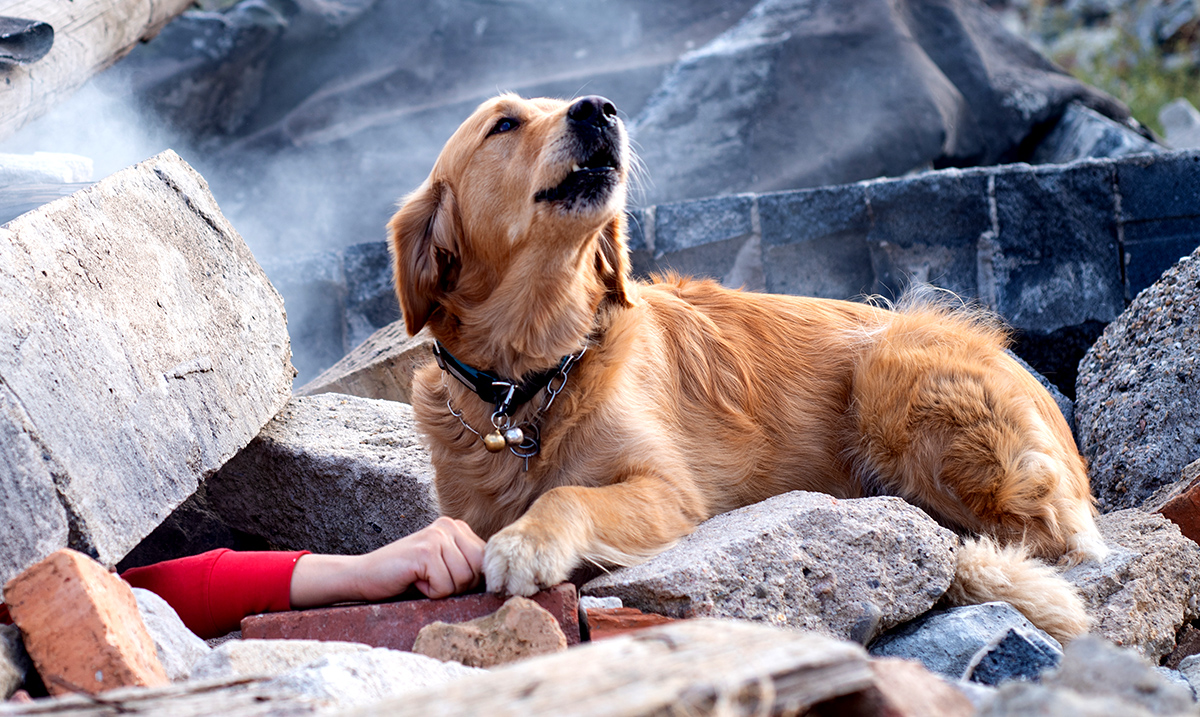 While many lives were lost during 9/11, there were also tons of people and rescue dogs out doing all they could to save those who were still alive amongst the rubble. These rescue dogs might not be that big of a deal to everyone but to those who were waiting for help under what was left of the twin towers these dogs were true lifesavers.

As the anniversary of this devastating moment in US history passes we should all take a moment to remember not just the people but also the dogs who were doing their best during this whole ordeal. These dogs are true heroes and their stories deserve to be heard. Whether you’re a serious dog lover or not, their presence during this attack was extremely important and lives would not have been saved without them.

Every year as we move away from the events of 9/11, I find the images of the towers falling don’t impact the way they use to. I now try to focus on individual stories from that day to help remind me of the emotions I felt. This year I want to focus on the dogs of 9/11 pic.twitter.com/8vFeAcntcp

Dogs like Bretagne, Riley, Apollo, Trakr and the rest of the 300 that were present did all they could and worked harder than most could imagine to save the people struggling to get out of this rubble. These canines risked their lives and Apollo, a german shepherd who happened to be the first on the scene almost died from falling flames. Some of these dogs literally became depressed after what they experienced on 9/11 and for every dog there emotions were high.

The most famous dog from that day was Bretagne. She was the last known SAR dog that was at ground zero. She also worked rescue missions at Katrina and Ivan. One of her greatest contributions was acting as a spokesperson for the dogs of 9/11. She died on June 7, 2016 pic.twitter.com/xNBH1fq555

Within hours of the attacks, these dogs were on the job and searching for survivors. Each was specially trained to rescue, provide comfort, and help in any way they could. For those who do not know search and rescue dogs are crucial when it comes to getting to people who are in places we would struggle to find. When it comes to disaster response they are a resource we cannot go without.

Appollo was the first dog at ground zero. He arrived on the seen 15 minutes after the attack. He nearly died from falling flames and only survived because he previously fell in water and was still wet. He died in November of 2006 pic.twitter.com/25RQ2lKqH4

Trakr was driven down from Nova Scotia by his handler. He found the last known survivor from ground zero, Genelle Guzman. When his handler, Symington, was seen on TV by his department in Canada, he was suspended for leaving without permission. Trakr died in April of 09 pic.twitter.com/Dsf2H9H953

9/11 Memorial & Museum wrote as follows on their website in regards to the work these dogs did:

The last living person rescued from Ground Zero 27 hours after the collapse was found by one of these search and rescue dogs. As the days went on, rescue and recovery workers soon realized the chance of finding survivors was slim, with rescue operations turning to a recovery mission and cadaver dogs, trained to find human remains, also on the scene.

Working alongside their handlers, the four-legged heroes worked tirelessly climbing huge piles of debris while fires still smoldered. The search for signs of life or human remains was mentally and physically taxing on the dogs, as the search dogs began to get discouraged and lose their drive to search. Aware of the importance of morale in these dogs and to keep their motivation high, their handlers would stage a “mock find” so the dog could feel successful.

Veterinarians were stationed at the site to help care for these dogs. Working 12-hour shifts on the pile, the dogs needed to have their paw pads, eyes and nose cleaned often. Cynthia Otto, director of the Penn Vet Working Dog Center, and Lisa Murphy, an associate professor of toxicology and director of the Pennsylvania Animal Diagnostic Laboratory System at the School of Veterinary Medicine’s New Bolton Center were both on the ground supporting these dogs.

Worf found the remains of two firefighters on his first day. He was immediately retired because he emotionally shutdown and quit eating. “He kind of withdrew from everything. There was so much death there, it was emotional for the dogs.” – Mike Owens his handler pic.twitter.com/xqQvQyrDK3

While these are just a few of the many dogs who worked to save the lives of those affected by 9/11 each and everyone deserves a moment of their own. Please take the time to check out the video below and learn more about them all. Dogs truly are some of the most amazing creatures on this planet.