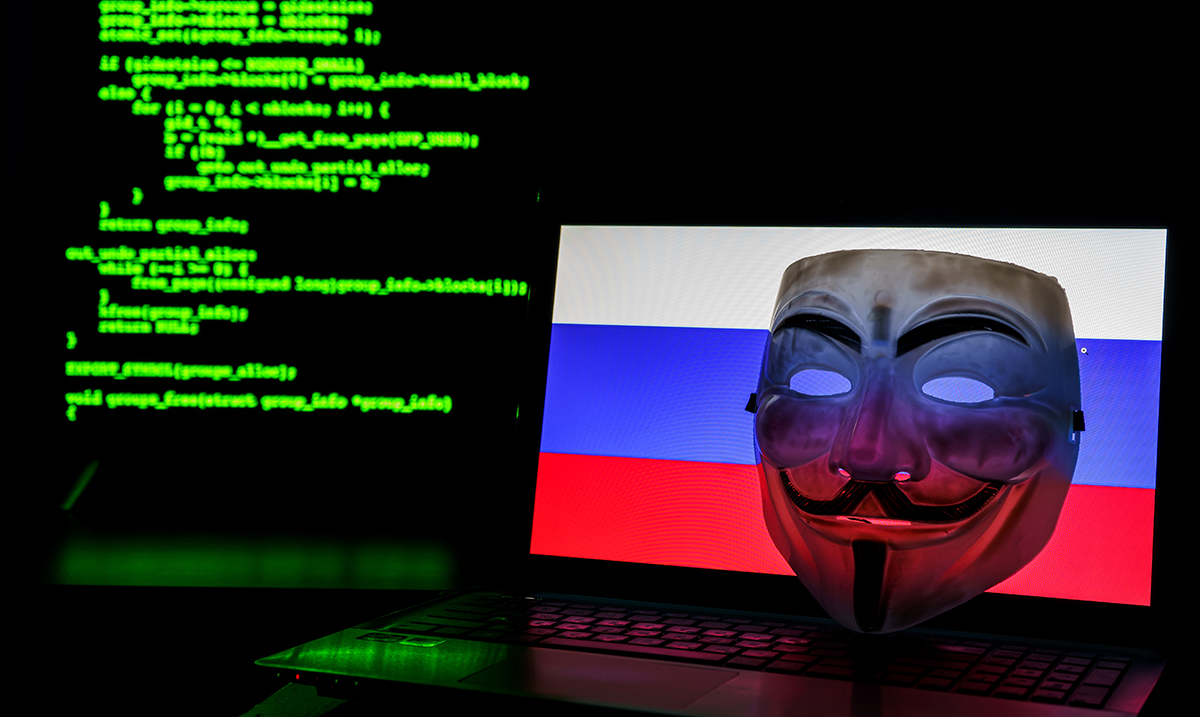 Since invading Ukraine on February 24, Russia has continued to wage war on the nation, leaving destruction in their wake. In response to this, hacker collective Anonymous has declared a war of their own on Russia.

Beginning directly after the attack, Anonymous took to taking down Russia Today’s website, and the websites of other government entities. However, they didn’t stop there. In fact, one of the accounts associated with the organization recently Tweeted the following just this past weekend,

“The hacking collective Anonymous hacked into the Russian streaming services Wink and Ivi (like Netflix) and live TV channels Russia 24, Channel One, Moscow 24 to broadcast war footage from Ukraine [today],” they said.

Following the tweet, a video was shared that showed a video of the war footage from Ukraine interrupting Russian news broadcasts. At the end of the footage, a message comes over saying, “ordinary Russians are against the war,” and calls for Russia to stop the violent invasion.

“We are involved in the biggest Anonymous op ever seen,”  Anonymous tweeted on Sunday. “That being said, we are worried that some governments will indeed see us as a threat and create some scenario to make us look bad (false flag).”

“We only want peace, not war,”  they continued. “We’ve been in the limelight before. We’ve made the news plenty of times, but never anything like what we are experiencing right now.”

Additionally, Anonymous claims they have hacked the Russia Space Research Institute. “We have raised our fists in the air to stand against aggressor’s time and time again,” they tweeted and continuing said, “We would never choose to hurt anyone physically. Understand this and know this if any government says otherwise.”

According to various sources, Vladimir Putin has told Russians that the invasion into Ukraine is a ‘special military operation’ to liberate Ukrainians from a pro-Nazi government. So, Anonymous’ goal is to clear the air, so to speak.

You can watch the footage for yourself below.